What’s Next, After The First Day of the Rest of Your Life? 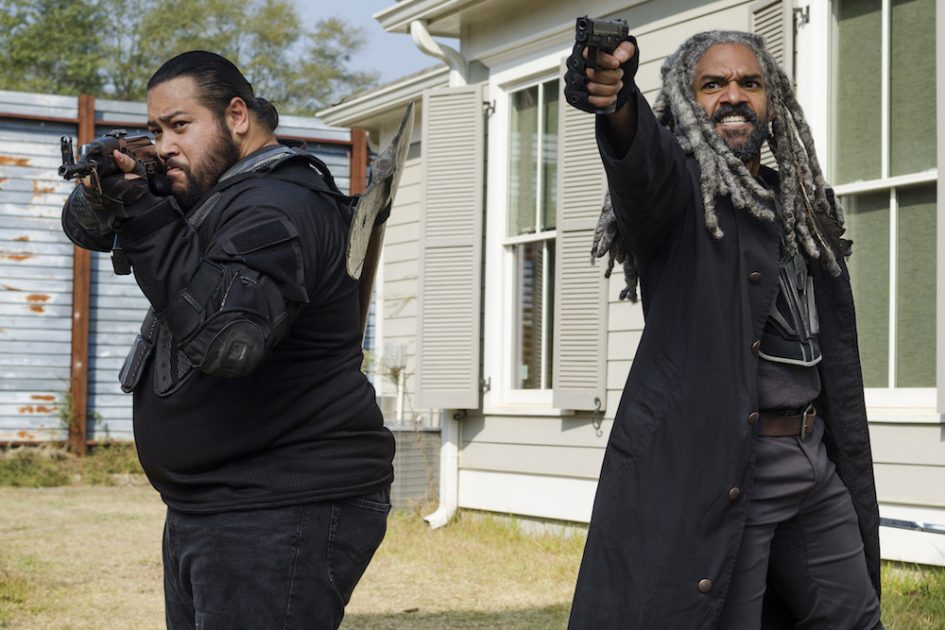 Before we look ahead, let’s recap the last few episodes of the season:

“Anything is possible until your heart stops beating.”

The 90-minute season finale, titled “The First Day of the Rest of Your Life,” begins with a flashback of Sasha and Abraham. She’s foreshadowed his death and can’t let him go. This happens, naturally, before Abraham’s death by Negan and Lucille, which she never could have imagined. Carol and Morgan have joined forces to fight for The Kingdom, as the women of Oceanside prepare for battle, Eugene puts a wrench in their plans. Oceanside’s Scavengers turn on the Alexandrians, Sasha takes her jagged little pill and forces Negan and The Saviors into enforcing their Plan B.

Fighters of The Kingdom arrive (along with those of Hilltop) just in time to stave off Carl’s death sentence, Shiva gets to kill a few Saviors, Morgan’s finally OK with killing the bad guys, the Oceanside women escape via smoke bombs, a surprising amount of machine guns are used during the gunfight and Michonne somehow survives her battle (in a dramatic battle that’s too similar to another main character’s fight from way up high).

“You have to kill… or else you might as well kill yourself.”

Many of Rick’s Gang are shot or injured and almost everybody lives to fight another day. Ending the episode, Negan declares war, while doubting Eugene’s credentials. Hope is offered for all the good guys and gals of Alexandria, Hilltop and The Kingdom.

“This isn’t a warning. This is punishment.”

Random Thoughts: I’ve got mixed reactions from the season finale. I didn’t think it was great, but it was decent — which is a perfect summary of all 16 episodes that aired this season. While many details of Oceanside are rarely revealed in the graphic novels, the Scavengers play a pivotal role in Season 7. Daryl seems to have had a reduced role for most of this season, but he’s definitely a strong figure in the last episode. While I’m not a fan of flashbacks (it can make and break a TV show — example: LOST), the action-packed final 20 minutes of the episode were all built up for Sasha because of her backstory, but still felt anticlimactic, since it didn’t end with a cliffhanger.

Get ready for more screen time for Scavengers Leader Jadis (Pollyanna McIntosh), Savior Simon (Steven Ogg) and Enid (Katelyn Nacon), as they all return for Season 8 as series regulars — that’s great to hear about Simon, not so great for the other two characters. And prepare for more Negan, as the tyrant lives on for a bit longer (just as in the comics). This bit of information is bad news for fans, as paired with the episode’s ratings. According to Collider, the season finale sunk to lowest ratings in five years:

“The First Day of the Rest of Your Life” finale raked in 11.3 million viewers (with 7.1 of those in the key 18-49 demographic) and a ratings share of 5.9, though it’s still not what the show is used to doing. Those numbers are down 20 percent from the Season 6 finale, which itself was down significantly from the show’s biggest ratings high — the Season 5 finale. Right now, the Season 7 finale’s ratings are coming in just after Seasons 1 and 2, which suggests a bell curve might be in effect here.

So, what’s this mean? The article suggests viewers may be bailing on the King of the Ratings because what was once labeled as a survivors vs. the undead has become humans vs. humans in a deadly torture fest. Whether this summary is correct or not is up to the same fans who have supported the TV show since the beginning. Is it possible to love the characters and hate the actual TV show?

As for next season, we’re hoping Negan loses most of his controlling power, but still remains a thorn in the side of Rick’s Gang. And maybe, just maybe, the Scavengers will lose everything… eventually feeling the wrath of Rick Grimes. And what about The Wolves???