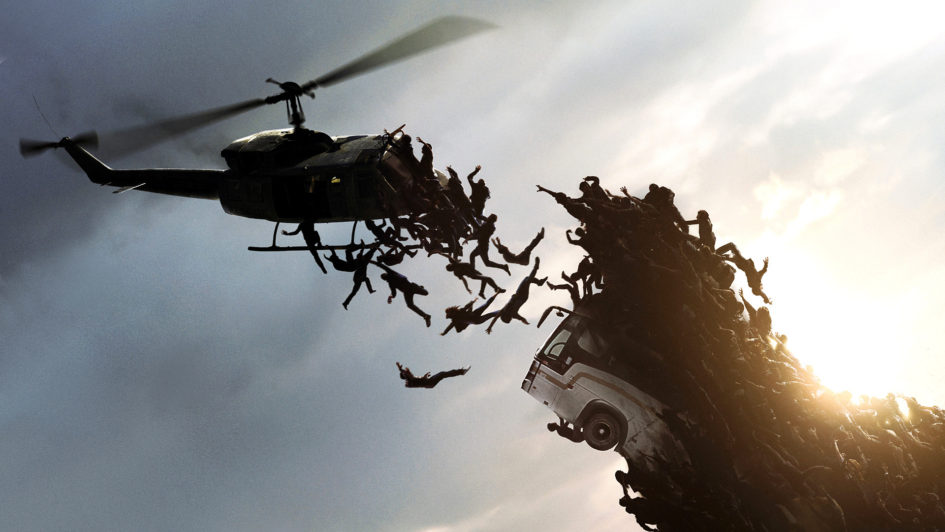 For those who enjoyed Brad Pitt’s family drama that saved humanity, leading to a worldwide box office of $510 million, you might be upset. But to those who adored Max Brooks’ original novel and basis for the big-budget film (that was not remotely close to resembling the source material), then you may think justice has been served. I mean, why release a movie that shares the same name to a best-selling novel when the only thing in common with it is the title?

As listed in Variety, the World War Z sequel (just the thought of World War Z 2 as a title makes me shudder) has been shut down in the pre-production stage. There’s been a couple of reasons for this action, but apparently there was quite a bit of behind-the-scenes drama already, and the movie isn’t remotely close to being filmed yet.

One reason given — and it’s a big one — is that a firm budget could not be agreed upon. Reportedly, this film was supposed to be much less than the $190 million that was need for significant re-shoots to rewrite the entire third act of the big-screen predecessor.

Director David Fincher was reportedly brought onto the sequel in order to tame the chaos. But he was already the second director chosen for the project, as J.A. Bayona had originally signed on, but after numerous production delays, he dropped out to film Jurassic World: Fallen Kingdom.

So, for now, it looks like the film won’t be moving forward, but that status could always change. It’s been noted that Steven Knight, who had written the script for the sequel, only signed on to the production to reboot the franchise. So, there’s that. But would World War Z actually be better as a TV series? TV Guide gives some pretty good reasons, such as an anthology series with rotating characters — much like the novel — could actually be quite faithful to the novel, and that would be a GREAT thing!

As a big-time fan of Brooks’ book, I’ve been wondering for a long time when a faithful adaptation would someday get made. At one time, I had high hopes for Pitt’s version, but once I saw the fast-moving Zombies, I knew it would be totally different. Supposedly, after his movie was finally released, Pitt had mentioned wanting to film a sequel so the original source material could finally get addressed. That’s a terrible reason to feel justified to ruin the reputation even more of a successful book. You had one chance, Pitt, and you have lost all confidence of the fans of the novel and it seems the film’s distributor. You tried to turn the storyline into 28 Days Later, which it’s not. You disregarded too many of the genre elements and pre-established characters and developing story that were already pretty great, thinking you could do better. Well, you were wrong, regardless of the film’s box office receipts.

Hopefully, there is another filmmaker out there, somewhere, who can correct Pitt’s unfortunate actions. Maybe Brooks can buy back his property and actually control where it goes and/or how it is portrayed. If so, he’d make all of those Zombies (both undead and fans of his book) quite proud.