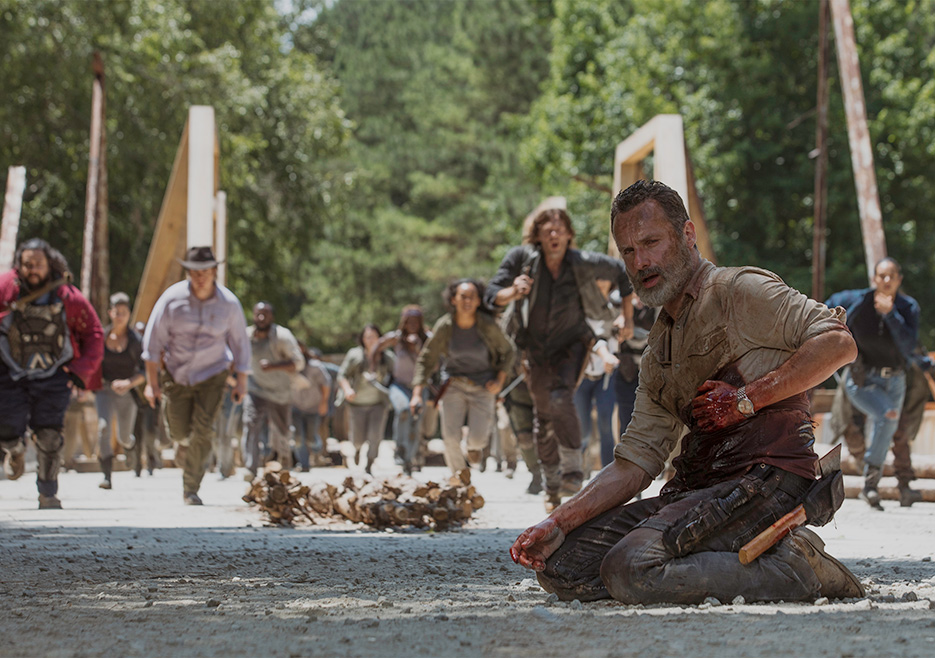 He may have gone out with a bang, but the world still needs Rick Grimes!

In Andrew Lincoln’s final episode of The Walking Dead, “What Comes After” began with an already-injured Rick Grimes in search of his family. The character kept getting asked, “What’s your wound?” and Rick was constantly trying to find his lost family. But apparently, he was never lost. In an episode that attempted to create a bridge for the future of the series (while creating a literal bridge to the past), previous characters were revisited (Shane, Sasha and Hershel made appearances, along with Abraham’s voice), there was a little bit of backstabbing and revenge from his living family members, several throwback nods to the pilot were introduced and the network announced it will continue an all-new Walking Dead Expanded Universe.

Rick actually survived the bridge blast that wiped out the majority of the mega herd and Jadis somewhat redeemed herself by offering Rick as tradebait for her freedom, which included his medical services. In the Talking Dead episode that followed, Scott M. Gimple announced Rick Grimes will survive, as his stories will be told through a series of AMC original movies. So, on one hand, Rick’s Gang is no more… which means no one has to live by Rick’s Rules. But in the bigger picture, The Walking Dead should not survive without Rick Grimes, as the series essentially revolved around the character. Unlike the comic book source material, anybody can die at any moment, but this felt different. Very different.

I was not a fan of the Season 9 episodes which lead up to this episode, where Rick basically went out of his way (or the writers did, at least) to give the (mostly) original characters from earlier seasons hope for a brighter future, which felt forced. Please just keep the storyline moving forward. Too much reflecting on the past is a bad thing for moving the season forward.

Speaking of moving forward, Bad Ass Michonne has become a Charter-creating peace-keeping babysitter. Daryl has gotten antsy, Maggie wants justice and Anne has reverted back to her Jadis alter ego. All of this has happened while the focus of Rick being the peacekeeper among the three homesteads has gotten the majority of screen time. With his passing, hopefully those supporting characters can break out of their shells.

We’ve discussed the series’ ratings fall for the last few years, while still being an icon in pop culture. Initially, I’d read that BOTH Andrew Lincoln and Lauren Cohan would appear in six episodes this season before being written off. While he could still appear in one more episode, the focus now shifts to Maggie, who has only a couple of episodes left before the focus moves squarely onto Daryl Dixon’s shoulders, as a leader of this bunch. And with the current state of Negan’s suffering that is worse than death, will this also be Jeffrey Dean Morgan’s final season on the show?

A note was made on the Season 5 episode, “Four Walls and a Roof” that the world needs Rick Grimes. After four more seasons, it still rings true.

Rest in Peace, Rick… at least for now.