Zombie Games Seem to be Dying a Fast Death 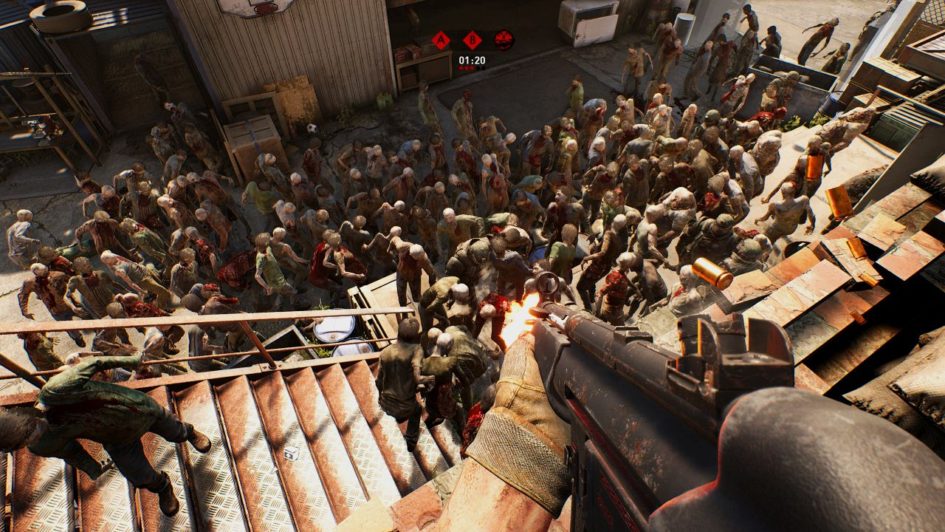 With Telltale Games closing up shop not too long ago and publisher Overkill cancelling its console release of The Walking Dead, is the state of Zombie video games decaying?

Telltale Games fought off bankruptcy for as long as possible until finally shutting down before the completion of The Walking Dead: The Final Season. At the last minute, content-creator Skybound Entertainment took matters into its own hands and revived the franchise, allowing gamers one last chance to save Clementine.

After getting terrible user reviews from releasing their game on personal computer, Overkill announced that the console version of their Walking Dead game was getting the ax. Instead of putting in the resources of time and money in order to improve one of their products to make money and keep goodwill among its customers, the company simply decided to walk away entirely from the incomplete game.

These are two different gaming companies reacting to a similarly dire situation, which begs the question: Is the horror genre still bankable when dealing with undead video games?

If done well, the games will succeed. But if the game’s simply a quick cash grab, the customer will demand something better and that’s where social media gripes hold a lot of weight in public perception.

For some franchises, there’s secondary Zombie modes that are mostly a pop-culture add-on element. Call of Duty: Black Ops 4, much like earlier editions in the CoD franchise, has an undead playlist. The game has a Zombie Gauntlet mode and the recently announced “Veni, Vidi, Zombie!” playlist. Rockstar’s Red Dead Redemption had an Undead Nightmare DLC and Dead by Daylight includes a non-canon crossover storyline with Left 4 Dead‘s Bill released as downloadable content.

Is it possible that straight-forward Zombie video games have simply lost popularity? Maybe Zombies in video games are easier to sell when they’re not the main focus of different types of games. Or it’s entirely possible that people are just worn out from The Walking Dead. TV ratings continue to drop each year for both of the AMC television series (and there’s talk of even more spin-offs), so it’s no surprise that not one but two games adapted from TWD quickly died (even though one was revived).

The Dead Rising franchise seems to be on a never-ending undead path, while no new sequels have been whispered about the Dead Island or the Left 4 Dead franchises — it’s a shame Bill’s sacrifice has been in vain. While Resident Evil 2 gets remade, I declare the Deadlight for the survival genre has been premature and the Zombie genre of video games hasn’t quite been completely killed.

Developers need to put in the necessary resources for creating a good product, not cutting any corners by cashing in on a particular title. Should potential Zombie video games feature different types of game modes and new kinds of storytelling elements, then there’s a decent chance for the game’s success. Gameplay is also an issue that seems to pop up as a major complaint of gamers. If you can’t easily control Player One or the combination the buttons’ functions is too complicated, then there’s a great chance for failure. These basic mantras of video games are so simple in nature, but all too often they never seem to be fully realized by gaming companies.