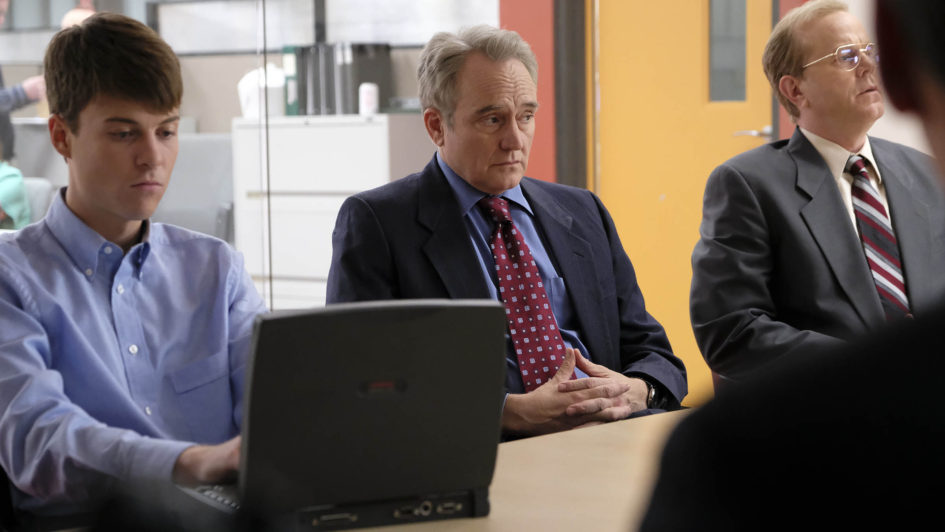 As the National Geographic Channel slowly steps toward offering more scripted entertainment, here’s a memo for the network’s programmers: More Valley of the Boom and less Mars, please!

The 18-year-old television network primarily broadcasts non-fiction TV shows featuring nature, science and history documentaries, along with a few reality- and entertainment-based programs. So, it was a delight to find a couple of new options on the channel that have aired recently. Mars premiered in 2016 and just wrapped its second season, while Valley of the Boom premiered (and has already wrapped) in 2019. While both shows explore vastly different topics, they do share a format that might be spreading in future programming choices on the channel.

Mars is part documentary series, interviewing real-life scientists, writers, professors, astronauts and anybody else who might be remotely professionally connected to exploring the Red Planet and the interstellar dangers about getting there (and surviving). Spliced with that is a fictional storyline carried out by actors who travel to and colonize the planet. While the subject matter is right up my alley, the format is pretty jarring, taking the viewer out of the overall experience, going from science fiction to science fact and back again. After watching two seasons of the show, I’m used to it now, but it really does feel like two separate TV shows are crammed together, airing as one.

Boom, on the other hand, is filmed differently, although also a docudrama, it doesn’t take itself so seriously. Covering the Silicon Valley tech boom and bust of the ’90s, it also features some of the real-life people who experienced it (and their fictional on-screen counterparts who move the storyline forward). The filmmakers’ tongue-in-cheek descriptions break down the fourth wall while telling a fun and factual story, taking risks (like an interpretive dance number or a classic rap battle), which is a stark contrast to the stuffy developing story on Mars.

Boom splices actual historic footage to its dramatic reenactments and actually has a real-life “bad guy” (which Mars lacked until Season 2), as Michael Fenne (a con man cashing in on the Browser Wars), Microsoft and a crashing stock market are all successfully portrayed as the antagonists. For Mars, the primary antagonist has been (and continues to be) outer space, as oxygen is limited and winning this battle is simply surviving for another day. Season 2 was different, as a private company is portrayed as the big bad, with corporate greed getting an assist.

The final major difference between the two TV shows is purely personal in nature. Season 2 of Mars prominently featured political activists for long stretches of time. Left-leaning, right-leaning or down the middle, whatever your belief system, I don’t want to see it mixed into my entertainment choices. I will go out of my way NOT to see this poor choice of on-screen storytelling. I don’t need you to preach to me about why someone’s beliefs are better than anyone else’s — and the other party is always wrong, without any sort of representation. I refuse to watch it, let alone believe it.

As of writing this article, at the conclusion of Mars, the two feuding sides have joined forces, while unity and optimism is voiced in humanity’s exploration and hopefully terraforming the Red Planet. At Boom‘s conclusion, David Kim Stanley (as Michael Fenne) has been arrested, the stock market is down (but our tech geniuses are not totally out) and Netscape’s bought out, but Microsoft lost its antitrust suit, leading to the once-large company to break up into smaller divisions. This was definitely one of those stories where true life is stranger (and more enjoyable) than fiction. Hopefully, Boom will get a pseudo sequel at some point.

Both shows are limited series, which means there’s fewer episodes to watch, but they’re both easily binge-worthy. The production value for both are great and the geeky topics are pretty good, but the main difference between the two docu series depends on how you like your TV shows. Do you prefer more creative storytelling or slanted politics in your DVR?