What If 12 Monkeys Predicted the Coronavirus Pademic? 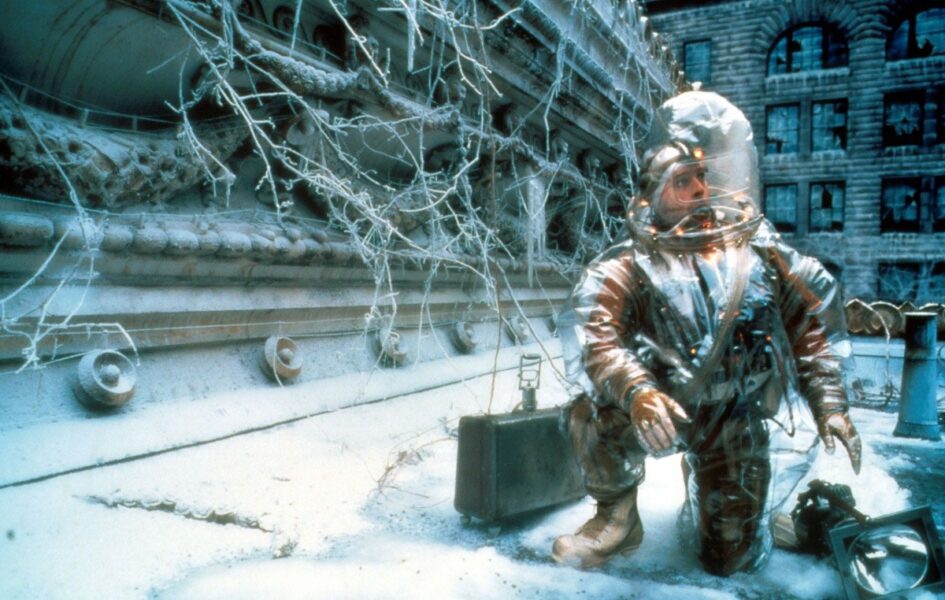 Hey, remember the ’90s? Back when every one of Bruce Willis’ movies made $100 million and Brad Pitt was just beginning to flex his acting muscles (that’s Mr. Oscar Winner to you these days). I really feel like Goat Boy, giving an informercial to the pop-culture days of cinema’s yesterday. But when a movie that was released in 1995 can somehow predict a deadly pandemic 25 years later, among other things, it really goes to show the pure genius of Terry Gilliam.

I used to own this movie on VHS and remember watching it more than a few times before I loaned it to someone and it was never returned. I really enjoyed watching this one at the movie theater back in the day, but I had no idea of its future connections. In a confusing world where two people can’t stop millions upon millions from dying around the world, the subject matter really does make the main character out to be a paranoid schizophrenic. But what if he wasn’t?

“The future is history” was enough to interest me, as the film’s tagline declares. Starring one of my all-time favorite action stars in a movie that dealt with a time machine, weird science, bad judgement and self isolation before it was a thing, 12 Monkeys was based on the French short film, La Jetée, where an impending plague seems nothing but a doomsday scenario that’s about to wipe out humanity, as told by a manic, mentally ill and agitated character. Sound familiar?

OK, let’s get real here. The movie didn’t really predict our current scenario with COVID-19, the Coronovirus, just as hundreds of other sci-fi films tried to warn us of our wary ways. But it is interesting to watch the film and compare it to today with hindsight.

The truth is out there. Is it all a government conspiracy? Perhaps a global conspiracy? Down with the sickness? It’s all connected, somehow. Let’s play a game, shall we? Instead of Six Degrees of Separation, let’s call it Six Degrees of Bruce Willis.

In the movie, Willis’ character, James Cole, is not crazy, but he considers himself mentally divergent. No one seems to believe his story. Part of the storyline takes place within Philadelphia. If any of these elements might sound familiar, maybe you have heard of M. Night Shyamalan’s Unbreakable? Willis was the unwilling superhero of the movie, and ultimately the trilogy.

“All I see are dead people.”

“Science ain’t an exact science” As stated, the main character must deal with different scenarios happening within multiple storylines. What about Looper?

The role of Jeffrey Goines brought prominence to Brad Pitt, as he won a Golden Globe Award for the role, also earning the actor his first Oscar nomination. The actor would later win his very first Academy Award in a role originated by Quentin Tarantino, who just happened to also feature Willis in the now-iconic movie, Pulp Fiction.

Having caught the film on a free preview of Showtime Beyond, I swear I could watch the channel nonstop, catching up on my favorite movies from years past, as well as those I just happened to miss — although I’d never miss an opportunity to re-watch a gem by Gilliam.

Other than the lack of HD quality and the on-screen beeper technology (which was appropriated for 1990), the storyline for 12 Monkeys feels like it could have happened today. Hopefully, it doesn’t.