17776: A Brilliant and Thoughtful Sci-Fi Story About Football 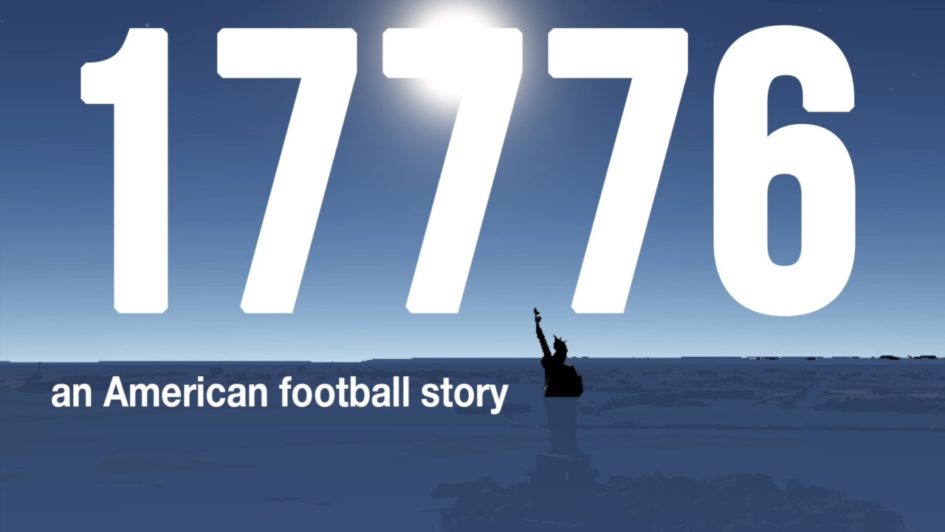 On a whim, I clicked on an article my friend shared on Facebook. He rarely shares these things and I value his judgment, so when he posted an article from SB Nation about the future of football, I figured it would be interesting and thought provoking. After all, sbnation.com is a legitimate sports news website. I’ve read articles from them in the past about my perennially disappointing Miami Dolphins.

The article was about the future of football, American football, and how the popular sport may see a decline as cranial injuries are discouraging parents from enrolling their children in youth leagues, how CTEs are prevalent in the brains of veteran players. And then the website gets corrupted, repeating “something is terribly wrong, something is terribly wrong.” The screen. Visually, it’s jarring.

I did not realize I was about to fall down a rabbit hole into an immersive science fiction serial looking at the future of humanity more than 15,000 years from now and how it ties to modern-day American football. It was more a temporal wormhole than a rabbit hole, but much more wondrous and thought provoking than the one through which Alice fell.

As with any free fall, there is some disorientation. Stick with the story and you will be rewarded. I wasn’t sure if this was an alternative reality game (ARG) like Halo’s 2004 I Love Bees promotion or some other viral marketing advertisement.

Author Jon Bois has crafted a multimedia masterpiece, a whimsical thought experiment about how much the world will change when the world can’t change. Set in the year 17776, Earth is beyond death, as nanoparticles prevent humans from dying or being injured in the year 2026. Without death and even aging, as the old become young again, humanity seeks something to fill the void of a ceaseless existence. His series of vignettes in their various chapters paint a humble and slightly disappointing vision of our future.

This isn’t a tale of starships or teleportation. Humanity has gone beyond a certain limit in defeating death, yet encountered other technological barriers, keeping them earthbound. And rather than create something different, humanity settles on things more familiar. The world of 17776 at its heart has more in common with 2017 than the future. Humanity finds solace in the multiple football games and variations throughout the remainder of the United States. Yet the story is written in such a way that little knowledge of the game is necessary to appreciate the underlying themes. When asked why football, Bois responded:

“I see a really clear parallel between America and football: Both are beautiful, and both destroy people. This is a recent development in neither case: They are designed to create misery. They are both institutions that I want to love unconditionally, but can’t possibly.” 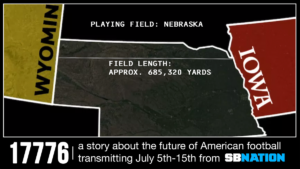 But these football games span hundreds of miles and some for hundred of years. Some involve common citizens plucked into the game. These games are barely televised, but followed. A byproduct of something to keep an immortal going when there’s no true purpose to life anymore. Football becomes a game to stave off ennui that might set into a race whose evolutionary mind was designed for a life lasting decades at most, not millennia.
Many things are left unexplained in this future, such as why New York and most of the east coast are flooded. We never learn why there are no children. Bois purposefully never explains things.

Bois and crew use a variety of media to enhance the story. He includes Google Earth images to visually show the sometimes multistate football fields. Interspersed are Youtube clips and old advertising. And he effectively uses multiple screen images forcing the reader to scroll, and immerse oneself into the story.

This story was gripping and unique. SB Nation took a big chance releasing this tale and the reader is the true beneficiary. This is a novella in internet form, a longer-form story than most, but well worth the time and effort to read through. It asks questions about what meaning does humanity find in their lives and will have you considering that question long after you’ve closed your browser window.