The Hitman’s Bodyguard: An Action/Comedy Suprise 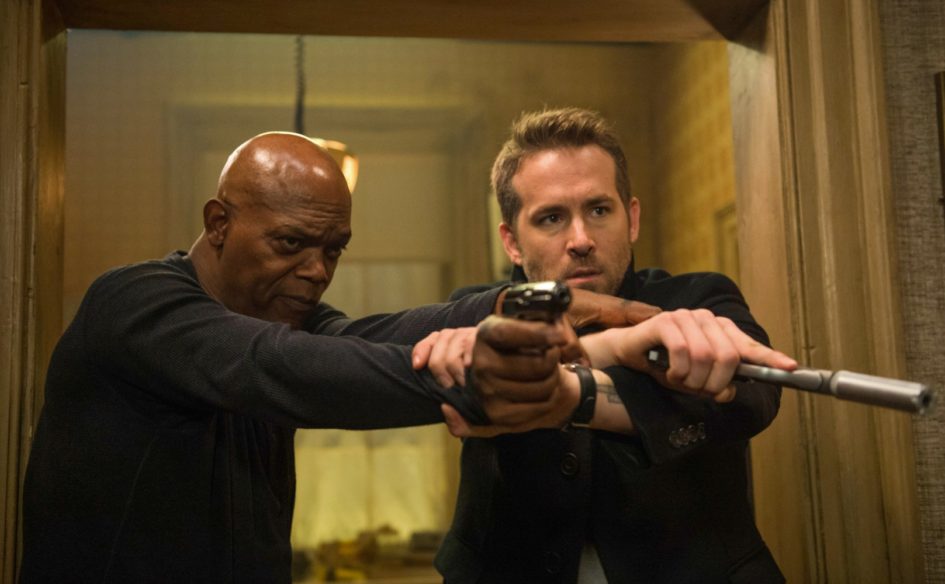 I walked into the screening of The Hitman’s Bodyguard with a lot of preconceptions and expectations on just how terrible I expected it to be. From every preview and commercial it looked exactly like another mindless, shoot ‘em up action/comedy and there really didn’t seem to be anything special at all about it, other than the pairing up of the lead actors, and even that had the potential to be cringeworthy. I mean, Ryan Reynolds has found his true calling as a smart mouthed anti-hero type and Samuel L. Jackson is very versatile, especially in roles where the use of the words “mother fucker” are key. Honestly, I love seeing them both on screen, but there just seemed to be something hokey about it to me in the previews.

I couldn’t have been more wrong.

Yes, we ended up with all the expected tropes of some late ’80s, early ’90s buddy-action comedies. Cops, explosions, romance, gunplay, an imperiously evil villain, and all the oneliners and zingers you’d expect from any standalone or franchise action film. The plot was formulaic and the eventual end so absolutely predictable that you can see it without ever actually having to see it. Let me set it up for you: A character with a haunted past and a shit lovelife ends up partnered with a character who is troubled, but somehow more well rounded and together.

These misfits work toward a common goal, putting aside their immediate distaste for one another in a series of conflicts that grow the relationship and provide much of the comic fodder. They both have very specific romantic problems, ranging from banal to unbelievable, that one eventually helps the other overcome. There is a moment transitioning from second act to third where they have a falling out and a parting of ways, but they soon regroup and come together to save one another, beat the bad guy and give us a happy ending.

Find an action/comedy from the ’80s or ’90s that doesn’t fit into some variation of that synopsis and I’ll buy you a beer.*

But the truth is, whether or not we’ve seen this story before is irrelevant. It wasn’t produced to make us think or to tell us some kind of moral or social truth. It isn’t part of some big-budget adventure franchise or blockbuster marketing sensation. It’s just a couple of hours of entertainment and fun, which is exactly what we need sometimes. Movies are meant to be an escape from the harshness of life, giving us a way to view some of the more terrible and bizarre aspects of the world we live in, through an objective lense. The Hitman’s Bodyguard gives audiences a chance to see exactly what they need: Good guys who maybe aren’t as good as some, going out there and stopping the really bad guys. It’s a movie where everyone gets what they deserve in the end and, unlike a lot of films I’ve watched over the last year, one that truly has a happy ending.

Ryan Reynolds has found his true calling as a smart ass leading man and playing off Samuel L. Jackson, in one of his more irreverent roles, helped both talents truly shine. The history built for the characters and the way they feed off each other is so much fun. The dry sarcasm of Reynolds’ character against Jackson’s very blunt and unapologetic exuberance is fluid and genuine in a way that kept me engaged and laughing through the entire film. Even some of the action sequences become high-octane slapstick routines in a fast-paced and wonderfully over-the-top way. Couple this with some really clever performances by the supporting cast of Elodie Yung, Salma Hayak and Gary Oldman, and you’ve got a movie you’re not only going to love, but one you’ll almost certainly want to see again.

The Hitman’s Bodyguard is everything you could ask for in an action/comedy and premieres Friday, August 18th nationwide. Be sure to check it out.

*Any statement(s) suggesting the exchange of information for alcoholic beverages have been made for artistic purposes only and will not be honored. There is no beer. Sorry.