Spoon!!! The Triumphant Return of The Tick 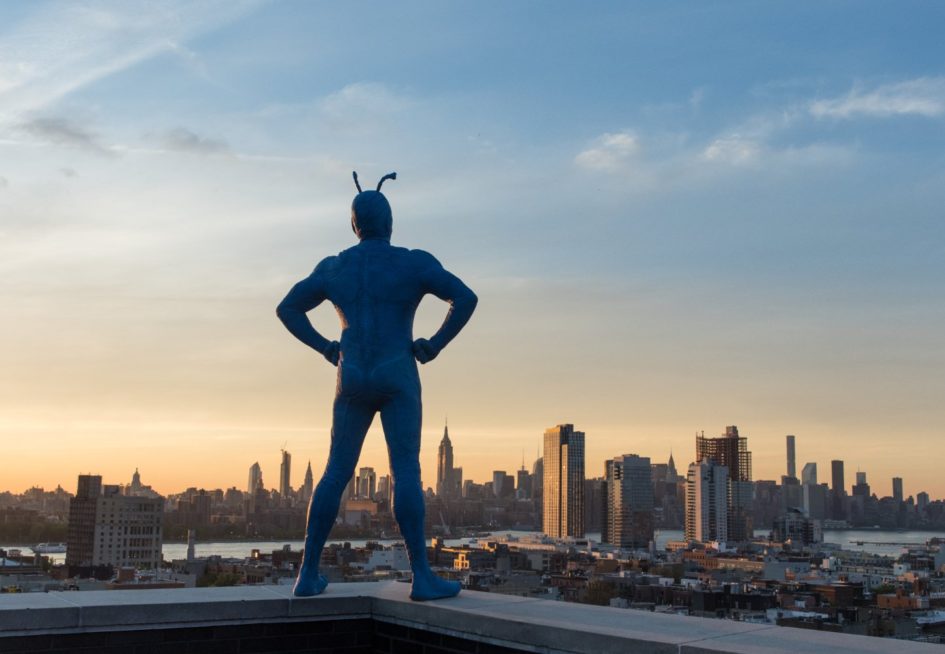 Am I the only person around here getting excited for The Tick to premiere on Amazon August 25th?

San Diego Comic-Con exploded with panels, interviews and all kinds of Tick love recently and, I mean, how could they not? I’ve been a fan of the nigh-invulnerable hero since I first saw him as a Saturday morning cartoon in the early ’90s. I quickly began reading all of the Ben Edlund comics I could find, seeing the evolution of a one-shot character, an escaped mental patient trying to do good into something beyond wacky, irreverent and altruistically heroic. With his sidekick Arthur, a neurotic everyman who wants to be a hero, the mighty duo has charged themselves with protecting The City from the forces of evil.

I even found myself being one of those scattered few who loved the short-lived 2001 live-action rendition played by Patrick Warburton. When I saw the pilot episode that ran on Amazon several months ago, I was hooked. Taking everything I loved about the characters and their universe, adding a little bit more grit and dark humor, and topping that off with a more involved backstory — specifically around Arthur — it was everything I had hoped for.

For those who didn’t see the pilot, let me give you a quick rundown. There was a brief history of the birth of superheroes, the demise of the greatest heroes on earth, an introduction to everyone’s favorite villain, The Terror (Jackie Earle Haley), and a backstory about a young Arthur, traumatized to the point where his desire to become a hero crosses the edge into wild obsession. Meanwhile, Peter Serafinowicz (Shaun of the Dead, Guardians of the Galaxy) is everything fans could ever have hoped for as the titular character. Tall, imposing and delightfully naive with a huge, heroic heart and a vocabulary of one-liners and quotes that are so bizarre they actually feel like they make sense, he embodies everything we love about The Tick. 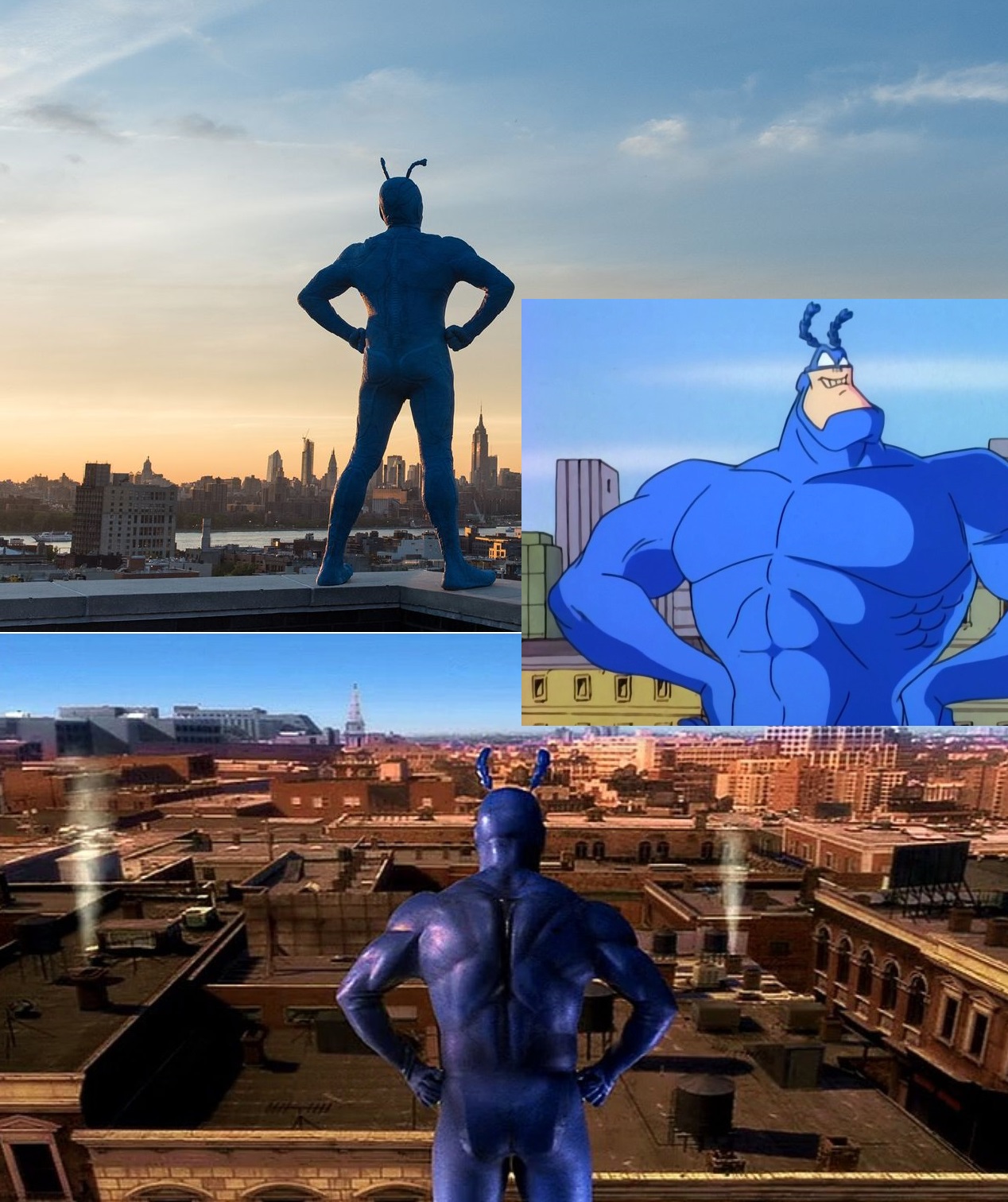 The City sleeps soundly under the watchful eyes of The Tick. (Clockwise from Left; Serfinowicz, Coleman, Warburton)

This will also mark the first time that The Tick has appeared on screen with the potential to be more than a watered down, child-friendly version of the hero. As I said, he first came to light for all of us ‘90s kids as a Saturday morning cartoon and again as Patrick Warburton’s hapless, clueless family-man version of the hero. Already in the pilot we see The Terror execute a group of supers he’s just blinded with a bizarre strain of syphilis and the world, itself, seems a bleak, hopeless place in desperate need of saving.

The show also promises a more in-depth look into the mind and emotions of Arthur, played by Griffin Newman. Unlike past versions of the character, who were neurotic and obsessive just because they were high strung and had low self-esteem, the new Arthur is genuinely traumatized and suffering the effects of a supervillain-induced PTSD. In fact, the pilot for the new series almost makes you wonder if The Tick is just a figment of the man’s strained mental health.

I’m hoping beyond hope that this series will bring back the irreverent, tongue-in-cheek humor of the cartoon and comic, and blend it with the more adult themes and genuine heroic action that the pilot episode has laid out. I’m also hoping to see more character development, as well as appearances by some of my favorite villains, including more of The Terror, as well as villains like Pineapple Pokopo and The Evil Midnight Bomber What Bombs at Midnight. Seeing a Barry version of The Tick battling the genuine article in live action would be a hoot, too. What I’m hoping, as well, is that Amazon will stay as far away from the Marvel model as possible, focusing more on character and story and less on the marketing value of shoving as many deeply bizarre figures into the series as they can to generate some income. 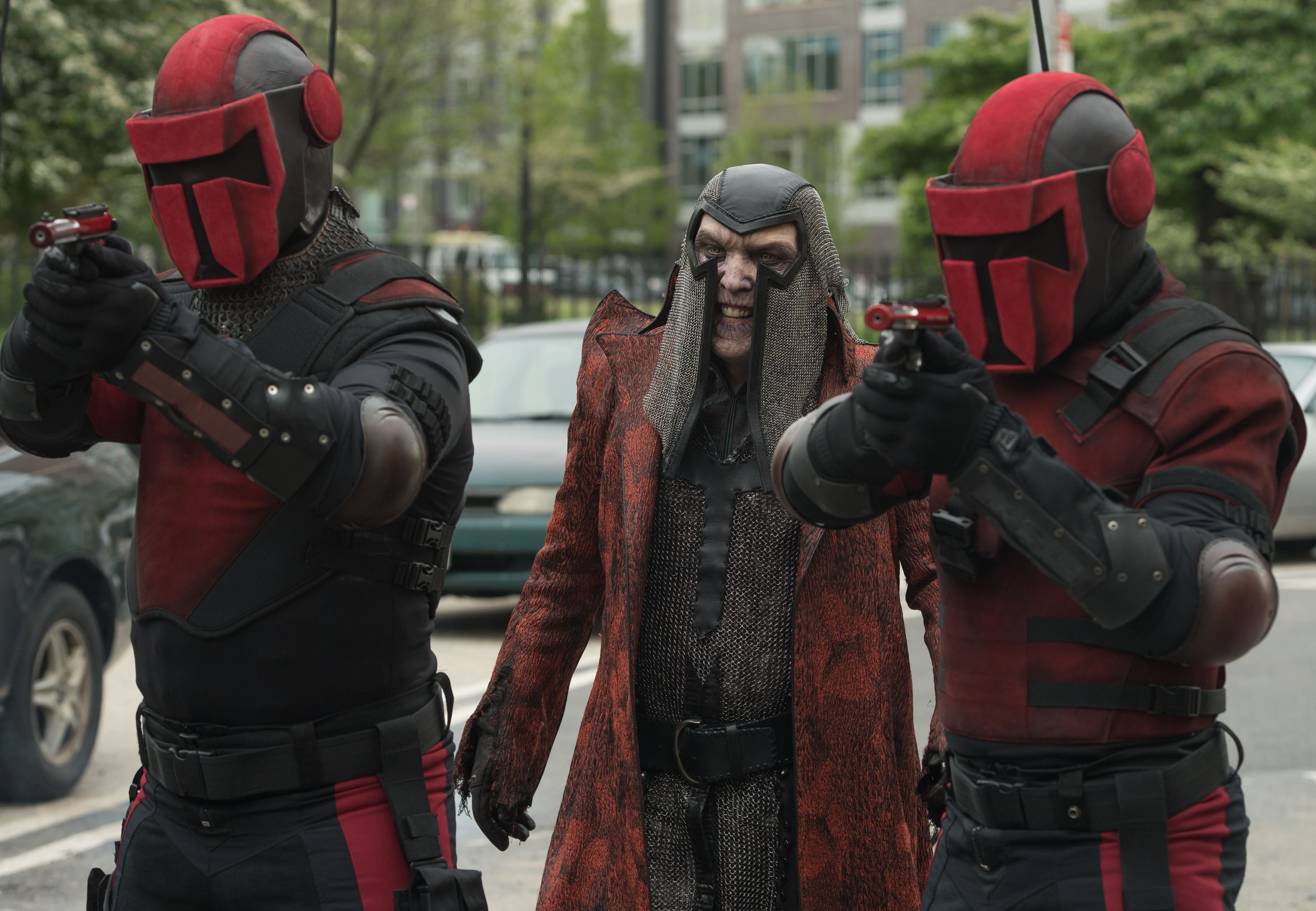 The Terror (Jackie Earle Haley) and his minions. The Tick ©2017 Amazon

The Tick premiers August 25th on Amazon and Prime users can watch it for free. In the meantime, if you haven’t already, go back and check out that premiere, as well as the trailer and some of the comics, cartoons and all the episodes from the short-lived Patrick Warburton years.

Until then, citizens, SPOON!!!