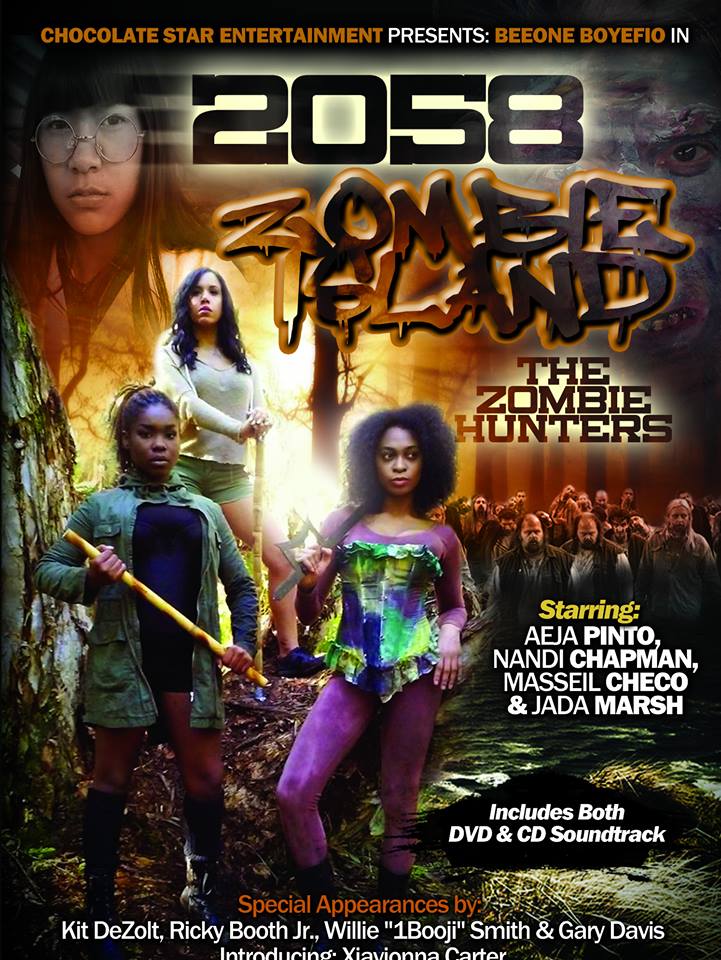 Greetings, all! Welcome back to another episode of #HauntLife. As always, I am your fearless blogger, Jason, delving deep into the world of the strange and unusual. And let me tell you, this week’s video review fits right into the strange category.

As you probably know from following my previous reviews, I am a glutton for low-budget horror flicks. The phrase “If it’s B, it’s for me” fits like a well-used glove. However, because I have watched so many, I think I have started to become a snob. While it is understandable that these films lack budgets, have so-so special effects and makeup, and the film quality suffers, the storyline has to be strong to get my vote. You can’t always control money flow, but you can control creativity and style. I look for good writing, great dialogue and flow. Either that, or the exact opposite, so the film is written to make fun of itself and is so over the top that it can’t possibly be taken as a serious attempt at cinema.

I had a chance to check out 2058 Zombie Island: The Zombie Hunters. The film is available to check out on YouTube, yourself. I know the description field states that it is a “sneak preview,” but unless it is the most spoiler-filled 84-minute trailer, I think it is safe to say this is the full film. Also, from that same description, it looks like this is a sequel to another film from Gary Davis, called 2057 Return to Zombie Island. Probably would be a good idea to devote some time to watching that film too, but since my review is on this flick, I had to take some of the missing story parts to the fact I was jumping in halfway through the story.

The premise of the film is pretty much what you would expect. There was an all-out war that ended up causing the extinction of life as we know it. During the war, experiments were conducted to create super soldiers, but instead they just became Zombified warriors. In the aftermath, a group of survivors head to an island to try to take some of these Zombies in for testing and attempt to create cyborgs.

As you can expect, it doesn’t go well for all involved… including the people watching this film.

This movie just lacks in many of the areas that I mentioned above, that needed to be strong. The storyline is incredibly hard to follow and flowed about as bad as it possibly could. The acting had too many pauses, breaks and felt incredibly forced. The fights between survivors and Zombies was painful to watch, with slow motion and warp-speed effects used in such a way I actually got cross-eyed watching it. And the characters, with the sole exception of the head scientist character, just were unmemorable, unlikable and unmoving.

It did have some good things in it, though. I liked how the Zombies actually retained their soldier training to some extent, thus making them more than shambling walkers. The makeup effects were what you would expect, but I do have one recommendation: Apply makeup on more than just their faces! In the haunt business, my No. 1 pet peeve with actor makeup is when I have a Zombie or a burned victim in a scene and their hands don’t match their facial makeup. It completely breaks the illusion, not only in haunted houses, but in films, as well. And like I mentioned earlier, I thought the head scientist character was well scripted and played. She was the only character I actually felt like had depth.

Too much went wrong in the execution of this flick and it was just one of those times I actually wanted the film to just end. I know I am becoming a snob after watching 2058 Zombie Island. I found more and more things I did not like, which is a first for me. But I am just one man, with just one review. I suggest you take the time, watch the film and see if you agree with me. I would love to compare notes with you.

Until next time, enjoy your #HauntLife.