I knew Jack Bauer, and you, sir, are no Jack Bauer. 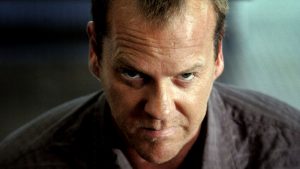 24: Legacy is the second revival series of the smash 2000s action series, 24, and the first series of episodes sans original star Kiefer Sutherland.

The new lead is Eric Carter, played by Corey Hawkins (The Walking Dead), a former Special Forces soldier, who discovers that his former unit is being wiped out in retaliation for a mission carried out six months ago. Hawkins, who showed considerable talent as the young Dr. Dre in Straight Outta Compton, seems to be slightly out of his element here. He’s not bad, but seems to be lacking the gravitas to anchor the show as Sutherland did for so many years.

Even though Sutherland is gone, the series retains most of its signature storytelling techniques, for better and for worse.

Weaved in and out of Carter’s fight for his life is political intrigue, a seeming unrelated plot (that will likely come crashing into the main storyline at some point down the line), a possible leak from inside of the Counter Terrorist Unit (CTU), and, of course, some sort of family drama. These story beats can often be thrilling, but for fans of the show, it became tiresome to see them revisited year after year. It was slightly disappointing to see them trotted out so quickly in 24: Legacy.

Sticking to these tropes works in some ways and doesn’t in others. The political intrigue is anchored by Jimmy Smits and Gerald McRaney, two fantastic actors making their debuts in the 24 Universe. The plot about a possible terrorist attack in a small-town high school managed a pretty surprising turn of events in episode two. The mole hunt is a series staple, with almost every season of the show having it as a plot point. The drama with Eric’s wife, Nicole, takes a header right into diversionary territory, but it thankfully doesn’t feel as pointless as some of the Kim Bauer plots of the early seasons. 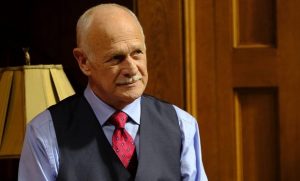 These are all plot points introduced in the first hour. I get that this new season doesn’t fill the full 24 episodes of the earlier seasons, but this was a ton of plot to cram in the first episode. These aspects could have easily been spread out more evenly over the two-night premiere, or even over the course of the season.

The other issue with introducing so much of this plot so quickly is that is gives us no time to get to know the characters. It is barely 10 minutes into the first episode before Carter is killing his first terrorists. We barely know who this person is, and we are already trailing him as he grabs his wife and runs. Part of the reason the original series worked so well was that it took time to establish Bauer and his family, before throwing them into turmoil. There is barely enough time to really register what is going on before Carter (and his wife) have blood on their hands. And, because of the truncated episode count and real-time aspect of the storytelling, it is unlikely that there will be much downtime to get to know him later on, and the development that is attempted is rather heavy handed. 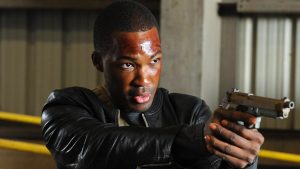 The episodes are still thrilling, however. There are a couple of nice action set-pieces, and the slower pace of the other storylines allows the viewer to become more invested in those new characters. Also, the slower pace of the more intrigue-driven stories contrast with the frenetic pace of the Carter sections. I don’t think it will ever reach the epic highs reached by its predecessor, but few shows ever will.