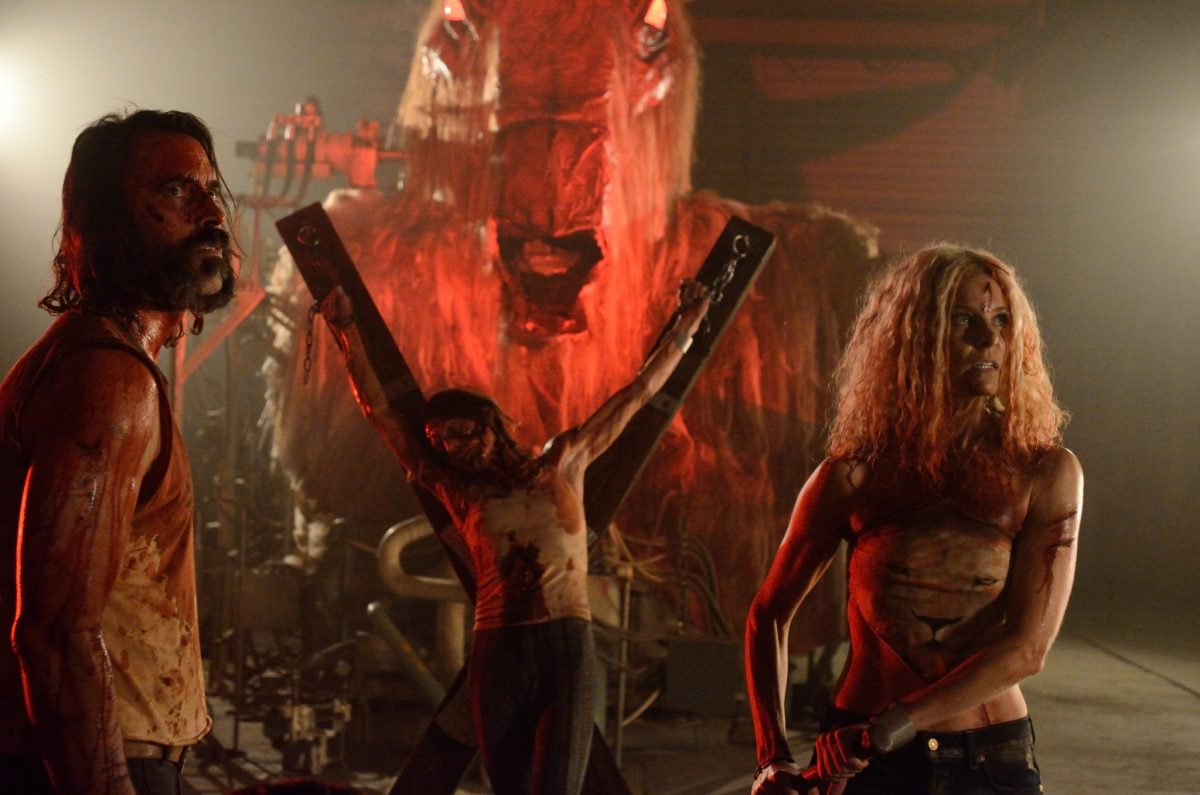 Rob Zombie makes yet another film about aging rednecks and clowns. So, do you enjoy movies where the “hottie” (while still lovely) is closer to 50 than 20? How about films where absolutely none of the characters are likable? Maybe you are into slasher films that don’t actually show anyone getting slashed? Oh, well then, you will love 31.

Basically, the movie opens with a demented bad guy, who looks and acts like a low-rent Joker, giving some pointless monologue (you know, like killers all do, I’m sure), while the victim pleads for his life, instead of doing anything else. Meanwhile, I’m cringing, watching overacting and terrible — and I do mean terrible — writing.

Then you get introduced to the good guys, I guess, if you can call them that. They are all carnies or something. I don’t know, I am pretty sure I blanked out watching the extremely boring interactions between them. Their mindless drivel goes on for at least 20 minutes before they finally get abducted while going on the road to the next town.

Apparently, there is some kind of satanic cult that plays a game called 31. I do not know why it is called 31, as the rules are in no way related to the card game… but I digress. The bad guys place bets on who will survive, while at the same time not really wanting any of them to survive. Am I the only person who noticed that contradiction? Zombie spends almost no time explaining this (which is really the best part of the movie) or using his most talented actor in the film, Malcolm McDowell. What a waste!

We know almost nothing about the people who captured the gang of carnies or what the ritual is about. What we do know is if they can survive the night, they win, and by win, I mean get to live, maybe. I think? The carnies are then placed in a death maze and are killed off one by one by poorly dressed cosplay killers. The “scariest” one is, of course, the Joker wannabe from the beginning of the film. There is also a Nazi little person who speaks Spanish for some reason, Swedish people dressed in white and redneck chainsaw killers. So, if that’s what you are into, maybe you won’t have to drink espresso while watching this snoozefest, like I did.

I’ve seen people compare this movie to Logan’s Run or Saw or even Hostel. Perhaps they saw a different movie than I did. What I saw was a movie that seems hastily thrown together. There was little time spent on the script and vintage effects and cartoon panels were used in place of actual scenes of horror. My advice to Rob Zombie is to start spending a bit of time developing your characters. I want to root for the good guys or at least revel with the bad guys, but in this film, I am just ambivalent about everyone. I have no reason to care if any one of them lives.

There really isn’t much to say about Zombie’s latest attempt to become the next John Carpenter. You are either a fan of Zombie and this will be something you have to see or you will be bored by the lack of plot, character development, style or depth. Quite frankly, this movie is just lazy filmmaking.

31 gets two out of five stars for Malcolm McDowell’s performance and the premise that had promise, even if it wasn’t quite fulfilled. The movie is available for rent on Amazon, instant streaming, Vudu and Google Play.