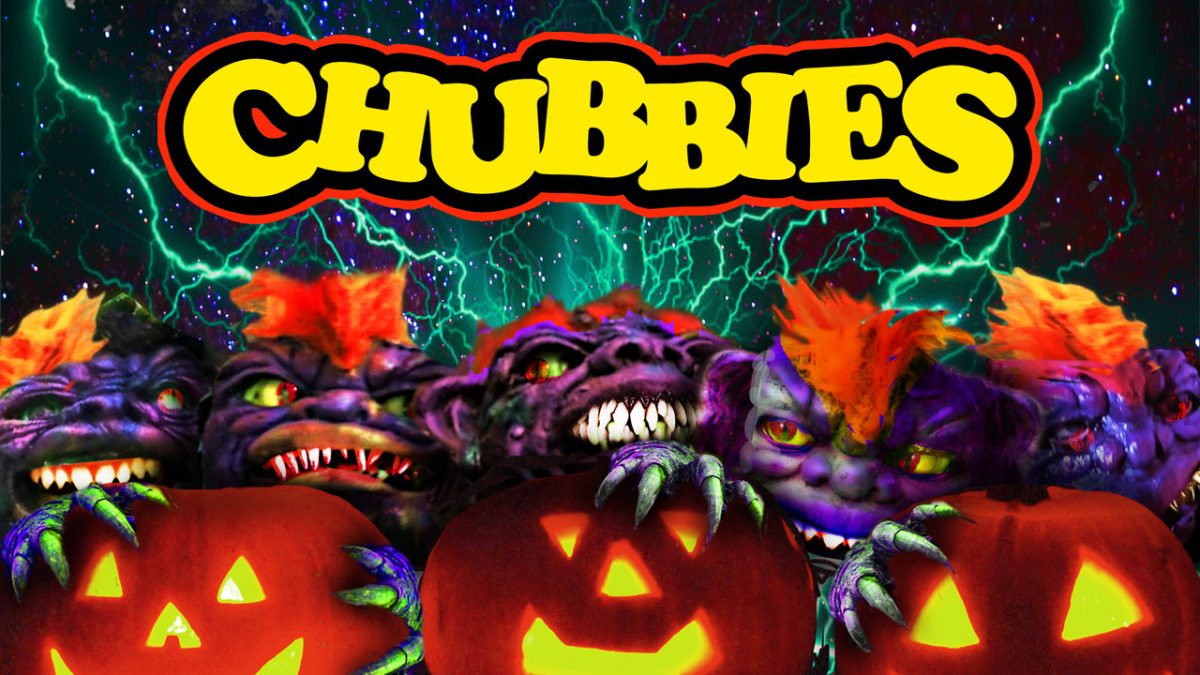 There’s something great about watching B-movies. Expectations aren’t very high and the fact that trailers and TV spots aren’t spoiling plot points gives the viewer a different movie experience. For the Troma horror-comedy, Chubbies, that experience is over the top and campy throughout, but it’s also really entertaining.

Chubbies follows a Space Lawyer named Cass Coridore, who is from a planet that is celibate by law. After giving defense to a group of small, grotesque, slimy, sex-fueled monsters, they escape to Earth to assimilate and fornicate as much as possible, before he can stop them. After getting locked in a bowling alley overnight during the employees’ Halloween party, the Chubbies wreak havoc on the young adults by burrowing into whatever orifice they can find. The assimilation isn’t as graphic as it is jaw-droppingly comical. The rest of the situational humor can incite a few laughs merely from its bizarreness, yet the dialogue is nothing witty that would elicit even a chuckle.

Chubbies comes off almost like a parody of the ’80s horror franchise, Critters. The creatures are both small alien beings that kind of just roll around and attack whatever they find. Though, instead of hairy pests, they are almost slug-like. They move around by just sliding all over the place and leave a green slimy substance behind. Once they assimilate a host, that person turns purple and exhibits Zombie-like behavior. The peculiar thing about this is that the assimilated host seemingly poses no threat to others in this state. The only clear-cut danger that comes from victims of these parasites is when a woman is taken over, leading to the birth new Chubbies, which rip out of her womb. It has a very Gremlins kind of feel to it, but doesn’t quite explain why Cass is so eager to kill males, who have been assimilated.

There are some elements in Chubbies that make the movie stand out. The black-lit bowling alley is an awesome setting for the Chubbies to wreak havoc. Victims turning a bright shade of purple pop off the screen, even if the other characters are oblivious to their transformation. The fact that half of the characters’ costumes are David Bowie’s Goblin King from Labyrinth also sheds insight to the age of the movie’s creators, who likely drew inspiration from decades-old horror classics. But what stands out the most are the repulsive elements that you just don’t get in everyday movies. Some scenes show Chubbies hiding in toilets, getting defecated on, while others portray an assimilated character pulling out his purple man-parts — which now resemble a chubby with face — and all spewing white liquid spunk on the others. The coup de gras, however, comes from an almost two-minute sequence, where blood and shit sprays out of the rear end of one of the characters, all over another, making you wonder how long it could possibly last.

Chubbies is a good experience, if you’re looking for a raunchy comedy whose laughs are derived from shock value with some horror elements sprinkled in. It’s a movie you really only see once, unless you want to show your friends, just to see their reactions to it, too. Nonetheless, Chubbies is what low-budget movies are all about. It’s nitty gritty and probably as fun to make as it was to watch.