Remaking a Remake with The Magnificent Seven 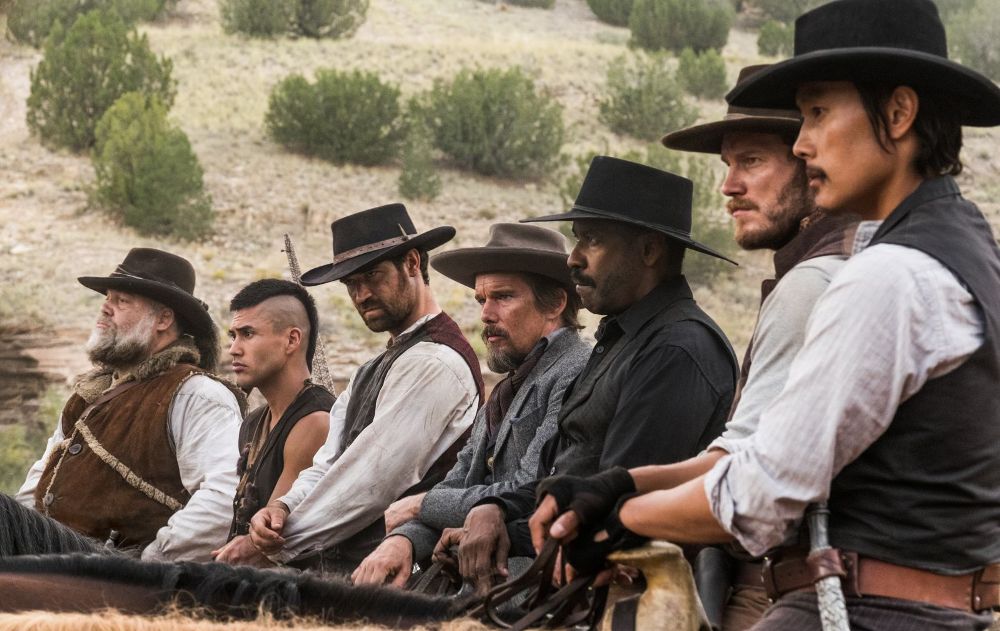 Per Matt
Reimagining classic movies is nothing new in this day and age, but when, exactly, did remakes of remakes actually begin? Surely, back in 1954, Akira Kurosawa had no idea his film, Seven Samurai, would make a lasting pop-cultural influence on moviemaking half a world away.

“It’s all been done before” is a common phrase that could refer to the current entertainment industry. Is Hollywood really that creatively starved? Originally remade as The Magnificent Seven and released in 1960, the film’s story elements were transferred from a small Japanese village being terrorized by bandits to the wild, wild, West, where a Mexican peasant village hired seven gunfighters for protection.

Fifty-six years later, Seven Samurai has been referenced, satirized and rebooted a countless number of times in every genre imaginable. In fact, the Western genre, in particular, has had its share of remakes, with 3:10 to Yuma being rebooted not long ago, as well as the Coen Brothers’ incredible  Academy Award-winning film, True Grit. That brings us to Antoine Fuqua’s contemporary take on the Western, The Magnificent Seven.

Featuring sprawling vistas, a diverse cast full of great actors, a familiar story and an action-packed finale, this is Denzel Washington’s first rodeo into the genre. His Sam Chisolm character is a bad-ass peacekeeper who recruits, blackmails and cashes in favors to save the mining town of Rose Creek from the industrialist Bartholomew Bogue (portrayed by Peter Sarsgaard). Joining Chisolm is the gambler-magician (Chris Pratt), the former Confederate soldier suffering from PTSD (Ethan Hawke), the mountain-man tracker (Vincent D’Onofrio), the Mexican outlaw (Manuel Garcia-Rulfo), the assassin (Manuel Garcia-Rulfo) and the Comanche warrior (Martin Sensmeier).

If these seven outlaws, bounty hunters, mercenaries and hired hands don’t remind you of the characters in past versions of this movie, there’s good reason: These are basically new archetypes dragged into this storyline from other genre movies. In fact, none of them share the same names as the characters in the 1960 film (and are kind of hard to remember/differentiate). The names may have changed of the characters and the filmmakers, but the overall spirit remains the same.

Pratt’s Josh Faraday isn’t alien to one-liners, even if he tries a little too hard to milk the laughs from the script. D’Onofrio’s Jack Horne portrays a bear of a character who gets more authentic laughs than Pratt and was my favorite of the bunch. Each actor gets their moment to shine in the dusty spotlight and during the massive battle at the climax, just about each one withstands a superhuman amount of punishment.

The Magnificent Seven offers plenty of action, great actors and more than a few laughs, along with James Horner’s great, final score (who shares the musical credit with Simon Franglen), but even with its updated theme, it has a been-there-done-that feeling that’s hard to escape, even if it does offer Denzel performing some nifty tricks on a horse. Sometimes not all superheroes live to fight another battle, and this one feels like it was partially doomed from the start, since its conclusion was foreshadowed much earlier.