636 is a Record-Breaking Number for The Simpsons 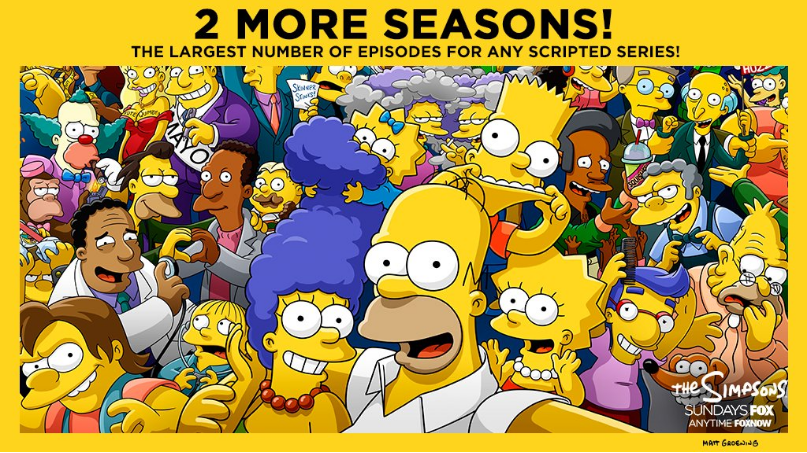 With its 636th episode, The Simpsons set the record for being the prime-time scripted series that produced the most episodes in television history, surpassing the 1955-75 CBS Western Gunsmoke, which aired 635 episodes. Now the animated show is absolutely the longest-running primetime series, having aired for 29 seasons (which was already a record number of seasons) and claiming 32 Emmys along the way!

Back in the day, watching The Simpsons was appointment viewing. For 29 years (and a little longer, with the character’s start on The Tracey Ullman Show), I had to watch the groundbreaking TV show every evening whenever it aired, and if I happened to be out of the house, my handy VCR would take care of it. All the time, whether I was growing up, away at college and afterward in the workforce, I watched every episode and loved so many characters. But a funny thing happened when I got my first DVR. I still recorded each episode faithfully and eventually watched each one whenever I got around to it, time-shifting to fit with my schedule. But as the seasons have continued, with no end-game in sight, my attention has waxed and waned.

Now that the last season has wrapped and the record-breaking episode has already aired, I finally realized I’ve been taking the show for granted. Seasons 1 – 3 seem to be my all-time favorites, although each season through the years, there’s usually a couple of episodes that I absolutely adore. Whether right or wrong, I compared every other animated series with The Simpsons. For a while, I enjoyed King of the Hill a bit more than The Simpsons. For the longest time, I loved Futurama more (which was another Matt Groening opus). Sometimes it was South Park, but not very often. Every time, like clockwork, I’d return to enjoying The Simpsons because of the show’s heart. People were originally attracted to Bart’s larger-than-life personality, but returned for Homer’s true love for Marge and the rest of the family.

Preparing for this article, I finally realized that my DVR currently has 50 episodes waiting for me to watch (almost three seasons’ worth of episodes). I promptly realized I hadn’t seen many, if any, of last season’s episodes, at all. Naturally, it was time for a major binge session!

This summer, I’ll do my best to watch all my missed episodes. I have gotten to the point where it feels like the show will always be on TV, with its reruns airing on multiple channels throughout the day (my favorite is Every Simpsons Ever, currently airing on FXX). For Season 29, I really enjoyed the Pazuzu parts (“Treehouse of Horror XXVIII”) and the return of the Pin Pals (“Singin’ in the Lane”). The most talked about episodes involved the Kwik-E-Mart controversy that was somewhat discussed in “No Good Read Goes Unpunished” and the groundbreaking episode, “Forgive and Regret.”

All in all, it was a successfully noteworthy season. It’s an almost automatic expectation for another renewal of the series, which for now, will air for another season. Season 30 will air next year, still an unimaginable feat considered way back in the late ’80s. Hopefully next season won’t be its last. And it will be known for something other than Apu’s character receiving a reboot.