Agents of S.H.I.E.L.D. Bounces Back 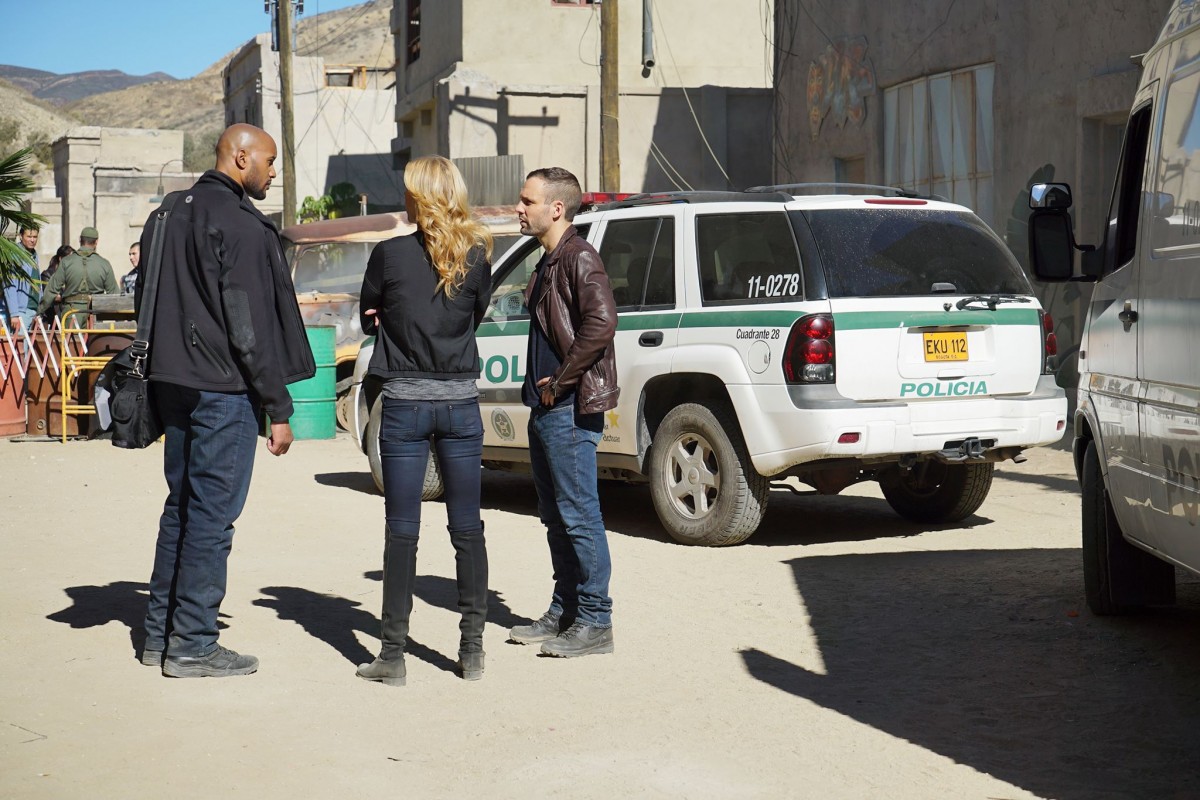 Good News, Everyone! Agents of S.H.I.E.L.D. has returned from its winter hiatus and recent news has revealed the TV show has been renewed for a fourth season, as well!

In the Season 3 midseason premiere, Bouncing Back, Director Coulson is still mourning the loss of Rosalind Price, promising vengeance. Meeting with President Matthew Ellis to discuss Inhuman policies, we learn that publicly, the Advanced Threat Containment Unit will be the public face of the administration tackling advanced threats, but privately, S.H.I.E.L.D. is still taking care of business via black-ops operations. Also, starting now, the ACTU answers to S.H.I.E.L.D. even if the organization isn’t officially publicly recognized. Unfortunately, Gideon Malick is untouchable, legally, as a member of Hydra.

Daisy and her team visit Bogota, Colombia, in order to battle the bad Inhumans, there. Apparently, there’s an Inhuman with super-speed powers, who always returns to the same spot within the distance of a heartbeat. Introducing Elena Rodriguez, aka Yo Yo.

Lincoln’s working in the lab with Jemma and Fitz still feels guilty about killing Will Daniels on Maveth.

Still barely stable, Werner Von Strucker is wheeled from the infirmary into an interrogation room, where Coulson hopes to extract any information related to Malick. The Ward-monster is hungry for more Hydra sacrifices and a rogue Inhuman of the Columbian police force actually fires beams from his eyes (similar to Cyclops) that paralyzes people. After capturing the bad guys, a Hydra helicopter arrives and claims ‘ol evil eyes. Mack has a crush on his kidnapper and Daisy hopes to create a Secret Warriors team of Inhumans, with members found all around the world.

Jemma reintroduces herself to Fitz, hoping to start over, Lincoln and Daisy make out, while a new theory is announced for the audience: Inhumans receive their abilities as a sort of equilibrium within the universe. If the good guys have a lot of powered people, then so too, will the bad guys.

Malick and Giyera question the creature’s powers and Coulson’s “friend,” Brigadier General Glenn Talbot, gets assigned as the new head of the ATCU. It seems their rocky past was just the beginning…

The majority of the episode splits up the main characters, which, surprisingly, worked out well. The South American sting took up most of the episode’s focus, with Hydra primarily staying outside of the spotlight. It’s refreshing to have some minority characters getting an opportunity to showcase their talents, but the romance angles feel incredibly forced, with three couples (in different stages of their relationships) showing affection practically back to back to back. Talk about a lack of subtlety!

This wasn’t the strongest episode, by far, but it wasn’t the weakest one of the series, either. I really liked the South American setting of the episode. Seeing the group act as a mobile team, taking the characters to a new place where they’re not totally comfortable was a nice wrinkle. The new, popular characters really didn’t make an appearance, but there’s plenty of hints about The Absorbing Man, Hive and a return for Lash. Hopefully, we, the audience, will get to see these characters in action sometime soon.