J.J. Abrams is a Master Manipulator 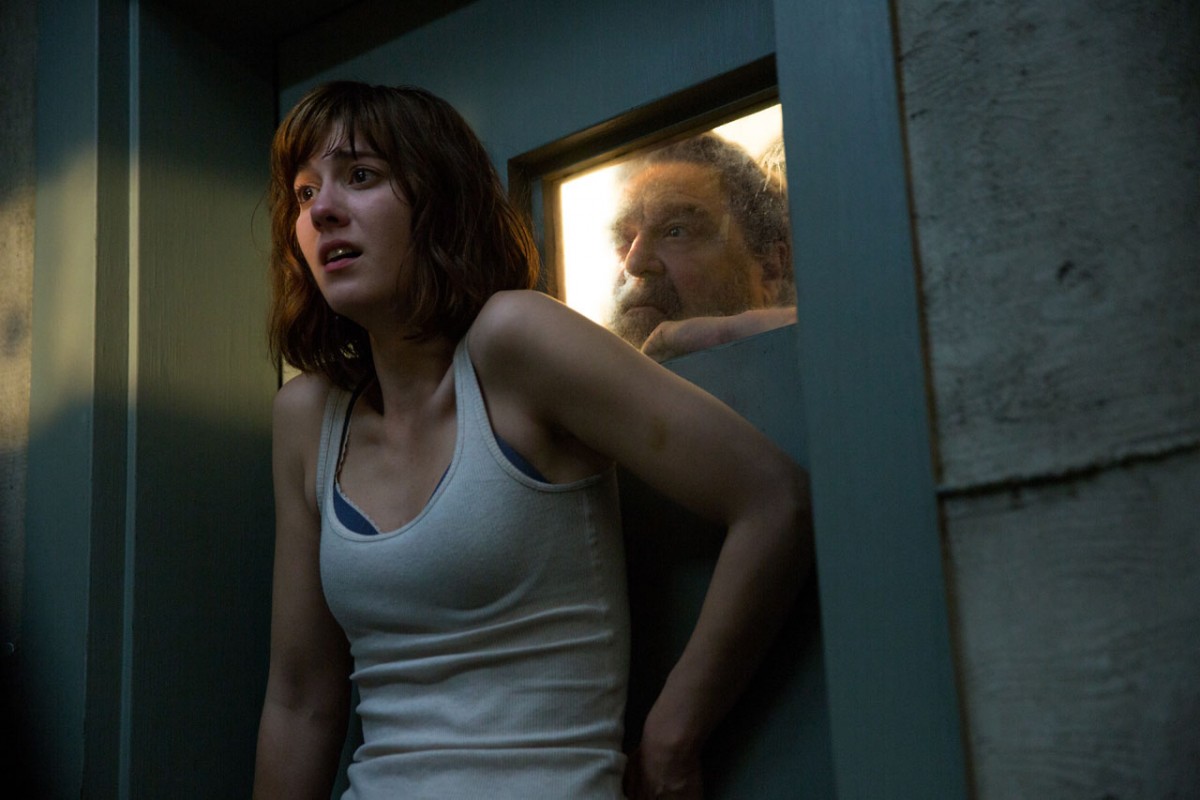 Per Matt
Whether it’s his coy marketing campaigns, secretive storyline revelations or rebooting of classic sci-fi franchises, J.J. Abrams has made a lasting impact in a relatively short amount of time as a powerful Hollywood producer and director for many fandoms. As a surprise to just about no one, his latest movie, 10 Cloverfield Lane, which gets widely released today, displays all of those elements and more. In fact, going into the advanced screening, I still had no idea what the movie was going to be about (which is entirely due to my lack-of-spoilers preference), which is a very good thing.

In an effort of being completely transparent, I absolutely prefer not to watch any movie trailers, anymore. While they’re great for stirring up hype and creating social-media buzz, they ALWAYS give away too much of the storyline, as well as too many spoilers! Luckily, with this film, that’s not a big problem. In fact, for the longest time, no one even knew about this film’s existence! Two months before its release, a mysterious trailer announced its existence and much of the film still remains unknown today. Blame it on Star Wars fatigue (another Abrams movie), if you will, which completely recaptured the imagination of the entire planet for a certain amount of time. Meanwhile, 10 Cloverfield Lane was shot with a microbudget (including a reported $5 million budget) amid practically no pressures at all. Maybe that was lucky timing or perhaps Abrams planned it out to perfection the entire time.

While Abrams is only listed a producer here, this film has got his fingerprints all over it. Drew Goddard (The Martian, Daredevil, LOST) and Bryan Burk (Star Trek Beyond, Star Wars: Episode VII – The Force Awakens) join in on the producing duties and the film excels from their contributions. So, what, exactly, is 10 Cloverfield Lane about? Is it a throwback to old-school atomic-scare paranoia films? Is it torture porn? Is it a monster movie? Is it a science-fiction masterpiece? The final answer seems to be all of the above. The movie in question displays multi-genre elements and is an indirect sequel to Abram’s found-footage film, Cloverfield. Does that mean you need to watch the previous movie to fully enjoy this one? My Recommendation: Stay far away from that 2008 monstrosity unless you really enjoy lens flares and suffering from motion sickness (the super-shaky camera films have GOT to go!). While this movie takes place within the same cinematic universe, there isn’t a lot connecting this sequel to the previous one.

The movie begins with Mary Elizabeth Winstead’s character, Michelle, doing what she does best: Running away from her problems. Fleeing a bad relationship, she temporarily takes her eyes off the road and gets into a car accident. She awakens in a fallout shelter, unsure of the circumstances, chained to pipe. Howard (expertly portrayed by John Goodman) claims to have rescued her and hoped to play the role of the Good Samaritan, by patching her up. According to him, it’s the end of the world and they, along with Emmett (played by John Gallagher Jr.), have become an unlikely family, hiding from the fallout of a biological weapons attack on the surface. Howard’s a doomsday prepper, full of many conspiracy theories. The audience must decipher whether he’s a sympathetic character or a possible terrorist. John Goodman is believable in both scenarios.

The storyline is taut and with a running time of one hour and 43 minutes, there isn’t much frivolous filler, here. Near its conclusion, the overall theme of the movie was still a vague mystery, which I won’t reveal here. I will say that the movie’s tone switches near the end, making it feel like two distinct genres which will most likely continue via another sequel. Reading about it would only ruin the experience. You must enjoy it onscreen. Speaking of which, although the story is small in scale, make sure to see it in an actual IMAX movie theater. While 3-D glasses are unnecessary, the claustrophobic experience — along with some decent jump scares — are fully realized on the extra-big screen.

Do yourself a favor and see this movie immediately, before someone gives away all of its spoilers online. In fact, with Batman v Superman: Dawn of Justice getting released next week and aimed at the same general demographic, this movie may have a very short shelf life. At the very least, this film will make back its overall production budget and will most likely turn a profit. Whether its box office warrants another Cloverfield movie is up for debate, but the groundwork has been laid for a possible anthology film franchise, which may slowly but surely unwrap the still-unknown details of a worldwide catastrophe. See 10 Cloverfield Lane now and break down the specifics of the movie with your friends later. Each of you can thank J.J. for his masterful manipulation afterward.