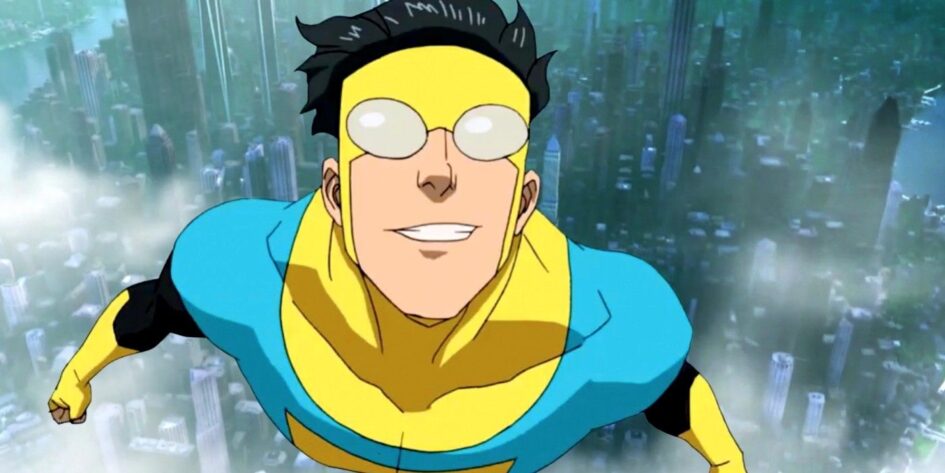 Imagine waking up and finding out that superheroes are real. Imagine finding out that your father is one of the most beloved heroes in existence, to the level of Superman. Now, imagine that you are next in line to become Earth’s greatest defender! You will get powers and be nigh invulnerable!

But you haven’t even hit puberty yet….

I think we all have fantasies like this, inside. It may not be the fantasy of becoming a comic book character, mind you. It could be wanting to be the best in your field of work. You could want to get with the woman or the man of your dreams. Some people may want to live in a different part of the world. We all dream of having the life or power we feel will complete us.

Fantasies have lots of cons to them, to offset the pros. Once we have attained our idealistic status, what more is there to do? Most of the time, we move the goalpost, so to speak. Our feeling of contentment only exists for a brief period of time. Then we are rushing off to the next goal. But what if we cannot reach that next level? We tend to forget all about how we got there, and start lamenting on failures.

For instance, let’s say you became a superhero. You are strong, fast and impervious to damage. So, what’s the next fantasy to gain? Do you just continue on your way, hoping that you never experience moments of burnout? Or do you look for ways to fit back into normal society? Think of Superman. He has all these powers, yet when he is not fighting evil, he is a mild-mannered reporter for a newspaper. He lives the fantasy life that many of us want; however, he spends much of his time pretending to be just like us. Is the life we live a fantasy for the Man of Steel?

That is the premise behind the new animated series, Invincible, from Amazon Studios. Featuring the voice talents of Steven Yuen and J.K. Simmons, Invincible is the coming-of-age story of a kid just wanting to be like his dad. But since hid dad is the equivalent of Superman in this world, those are some mighty big shoes to fill. Mark Grayson (Yuen) is undeterred by this, aspiring to be like Nolan (Simmons), both as a regular guy and his Omni-Man persona.

With both his dad and mom, Debbie’s (Sandra Oh) encouragement, Mark starts learning about his own powers. But when Omni-Man is severely wounded and the rest of his team of superheroes are murdered, Mark finds himself fighting villains while trying to navigate the challenges of high school.

The name, Invincible, should sound familiar if you are a comic book fan. Invincible was an Image Comics series from writer Robert Kirkman, who is also the brains behind the immensely popular comic and TV show, The Walking Dead. In its 144-issue run, Invincible was widely praised. Growing up idolizing the most powerful man in the world is one thing, but finding out he is your dad and that you will gain his powers is a fantasy come true for many people, myself included. It is that storyline that resonated with so many, making this comic series memorable.

Amazon Studios execs must have felt the same way. Even as the book series was ending in 2018, Amazon announced the approval of an adult animated series based on the comics. Robert Kirkman signed on to be the executive producer. After two years of development, Invincible’s premiere on Amazon Prime is set for March 26, 2021.

When I say that Invincible is an adult animated series, that is exactly what I mean. The show pulls no punches. There are limbs ripped from bodies, eyes shot from their sockets, necks broken and decapitations. They are incredibly gory scenes, not for the feint of heart or the young. You also should expect the language to be pretty strong (let’s just say no one declares, “Egad.. I lost my arm!”). And, as we are talking about teenagers, don’t be surprised to see a few hormone-driven sexual moments. Invincible is only for an adult audience (unless you like those conversations with your kids).

Invincible is a great series that has me waiting for more. As a reviewer, I only got to see a few episodes, but now I am hooked. The eight-episode initial run will be a must-see for comic book fans. Fans of DC and Marvel films will also enjoy the story. Invincible is easily relatable to anyone who ever dreamed of being more than they already are. Invincible gets five out five stars. Check it out on March 26th.