Andy Muschietti’s Version of It Doesn’t Clown Around

It’s been 27 years and Pennywise is back to feast. ’80s kids, it’s time to face your fears again. If you are between the ages of 35 to 40, there is no way you missed It as a child and then suffered the resulting trauma. This time around, the film is set in the late ’80s, instead of the late ’50s, but It, everyone’s favorite demonic clown, continues to reside in Derry, Maine.

In the film, neighborhood kids hang out one last summer, right before adulthood starts to creep in. They bond together, dealing with the monsters in their lives that range from abusive or negative parents, to overbearing ones and the occasional bully. They all love each other in that way you can only love your friend, when you are a child. It’s sweet and heartwarming, except for the actual monster, Pennywise the clown, who can also just happen to morph into whatever they fear the most. The sad part is, their home lives are so brutalized or broken that the addition of a demonic clown chasing them is really just one more thing to deal with.

If you are somehow not familiar with It, the movie opens with Bill (Jaeden Lieberher) making a paper boat for his younger brother, who loses it in a sewer drain, and is then killed by Pennywise. Bill becomes understandably obsessed with finding his brother and bands together with a group of outsiders to help him. Beverly (Sophia Lillis) suffers from an abusive father, Mike’s (Chosen Jacobs) one of the few black people in Derry who works in the family’s meat factory, Ben (Jeremy Ray Taylor) is an overweight nerd, Eddie (Jack Dylan Grazer) has an overprotective mother, Stanley (Wyatt Oleff) is coming close to his Bar Mitzvah, while Richie (Stranger Things‘ Finn Wolfhard) is the comedian of the group. Together, they form The Losers Club, and for those in the know, a very strong ka-tet. The problem with any adaptation of the book is all of the characters start to blend together. It’s not possible to explain all of the personality quirks each character has in two hours. What makes the film so touching and beautiful is that director Andy Muschietti just gets to the work of telling the story he was given. He lets the actors worry about making you fall in love with The Losers. The children playing The Losers don’t let the audience down in this regard.

For those of us over the age of 35, It will remind you of childhood. The nostalgia is at every corner, from the film marque signs to the Street Fighter video games. There seems to be a filter used in many of the scenes that gives the town a warm glow. Muschietti carefully recreates that late ’80s small-town vibe. That’s why the pain is that much more when the terror begins. Everything hurts more when you are a child. Writer Stephen King understands this. It is all the more frightening when you don’t have any power and children don’t have any power. The Losers aren’t just children, though, but lonely, abused children with even less power than most. That’s why their story is so engaging. It’s not just a story about a scary shape-shifting clown, it’s a story about the weak becoming heroes. The fact is, happy endings mean so much more when it’s awarded to those who withstood the most to earn it.

Bill Skarsgård’s Pennywise is no match for Tim Curry’s version. It is the one drawback to the movie. It is isn’t that Bill doesn’t make a decent Pennywise, it’s simply that Curry was so amazing. In Skarsgard’s defense, he wasn’t given much opportunity to play with the character, as this time around, Pennywise wasn’t given many lines. The character is more a looming thing. This is acceptable in the film and works, but it’s not as good as I feel it could have been. I really wish there had been more of the gruesome black humor from the clown the 1990s version of the film managed to slip in. Otherwise, Skarsgard is physically menacing enough to make you squirm in your seat, even without the clown’s “jokes.” 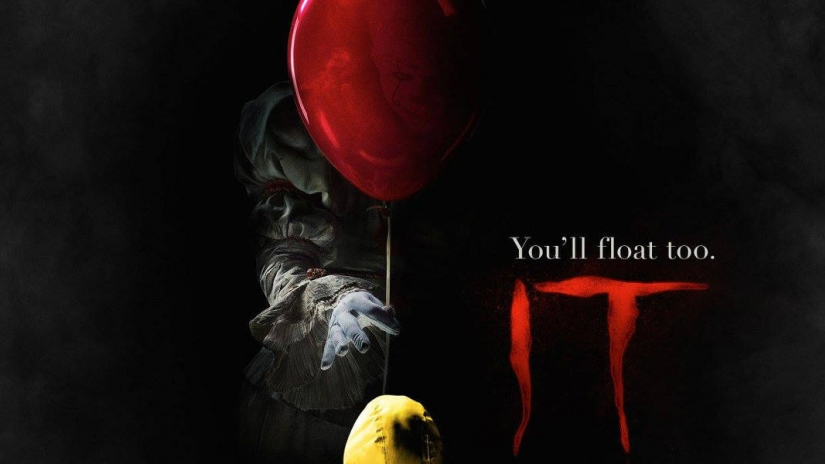 The film was never about the clown, for me, anyway. It was about the love seven friends have for each other. So much so that they defy their parents, face their worst fears and band together to save each other. I admit, I cried when Bill anguished over losing his little brother. My heart ached for Beverly, seeing how afraid she was of her father. I was touched by Ben’s sweet poem that he sent to his crush. I was there with them all for their struggles. I love The Losers and I’m not ashamed of that love. We are all Losers, aren’t we? I look forward to meeting them again when part two is released. I give It five stars for the touching look at that last place we all were, right before childhood was over.

IT is now playing in theaters, check your local listings for times.