Antebellum Dreams Up a Nightmare Scenario 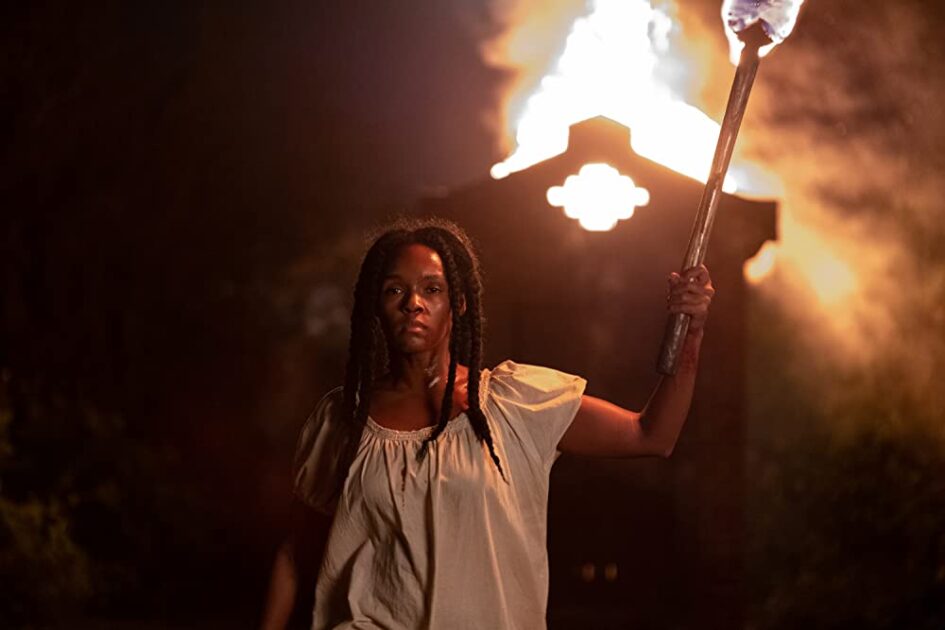 Per Matt
Whenever we may lay down and fall asleep, dreams can present pleasant escapes from reality. Places where our personal and professional goals are attainable, giving guidance to the real world. It’s also a place where our psychological fears and terrors become real, bringing nightmare creatures and scenarios into our lives. Our deepest, darkest, innermost frights are possible, and vice versa. It is here where the initial storyline for Antebellum was dreamed up.

As new entertainment options have been somewhat limited during the global pandemic (and streaming services are impossible while living in a rural area), it was definitely time for a Redbox night! Throughout the last month, I’ve seen TONS of online ads promoting the release of Antebellum, so I had to see what the hubbub was all about.

While I didn’t know exactly what the premise included, I’ll admit I was hooked as soon as I learned that Janelle Monáe was starring in a horror movie. And when I learned its story dealt with the Deep South, I breathed a deep sigh. Stereotypes are a terrible thing. Period. And whenever new releases rehash the problems of the past, picking off the scabs that have slowly healed throughout the years, they can create difficult scenarios for people living in the real world. Now, I haven’t seen a Monáe performance since Hidden Figures — I thought she was a standout actor in this great, great film, which was my favorite of 2016. So, I was excited to see her in this new role.

What begins with a haunting score of strings foreshadows something foreboding. A Louisiana plantation is depicted during the U.S. Civil War. To say there’s a lot of negativity involved is not an understatement. But then the storyline quickly switches to modern times, where Monáe’s character is a highly successful author and television talking head. All seems to be going great in her life until an after-hours dinner party wraps and she goes on the ride of her life.

Is time travel involved? Was it all a dream? Without giving away any spoilers, the dual-story aspect kept me on my toes. I liked that. However, more time, focus and details were given to the plantation era than the current days, which felt more like an afterthought. Another criticism: For the most part, the viewer doesn’t have much time or interest invested in many of the characters, in general, but especially the modern-day ones. The main purpose for each one (with the lone exception of Monáe’s) is to move the story forward, not offer something substantial. They jump into the action, then they quickly leave. And when the whole thing wraps up, Antebellum feels like a nice concept, but if Jordan Peele had anything to do with it, the film could have been GREAT.

Speaking of which, sadly, this film feels like it was only created after Peele won the Academy Award for Get Out. Hire a couple of debuting feature-film directors (much like Peele) to bring in another horror story dealing with race (much like his film) and it will be a sure-fire hit, right? Not really…

With a little better framework and a tweak to its direction, Antebellum really could have been improved. Instead, the layout features a prominent amount of time on the plantation before taking a quick trip to today and then it wraps at the plantation. I would have chopped up the timeline, making the viewer question when and where things were constantly taking place, but not to the maximum Quentin Tarantino effect. Something a little less. That way, the viewer could recognize the actors’ faces, even if they may be portraying multiple characters. But since Gerard Bush and Christopher Renz are first-time directors working without much guidance, they didn’t really know any better.

The best thing about this storyline actually comes from a Blu-Ray featurette, which details the film’s origins. Yep, you guessed it, it all came from a dream. Unfortunately, I was more intrigued about this dream, than its feature-film adaptation.

Regarding the nightmare scenarios created by Antebellum: How much of the credit should go to the new filmmakers, and how much rightly belongs to Peele? What new concepts did they bring to something already firmly established? These questions may take years to get answered, possibly until the filmmakers create something totally new for the big or small screen.

If you can handle a whole lot of platitudes, any rewatches of the movie will reveal the filmmakers’ Easter Eggs, which are hidden in plain sight. I just didn’t have the patience for another deep dive down that rabbit hole. Antebellum creates a fair amount of psychological horror, but it could have been so much better, as I was hoping for so much more.