Experiencing The Other Side of Madness 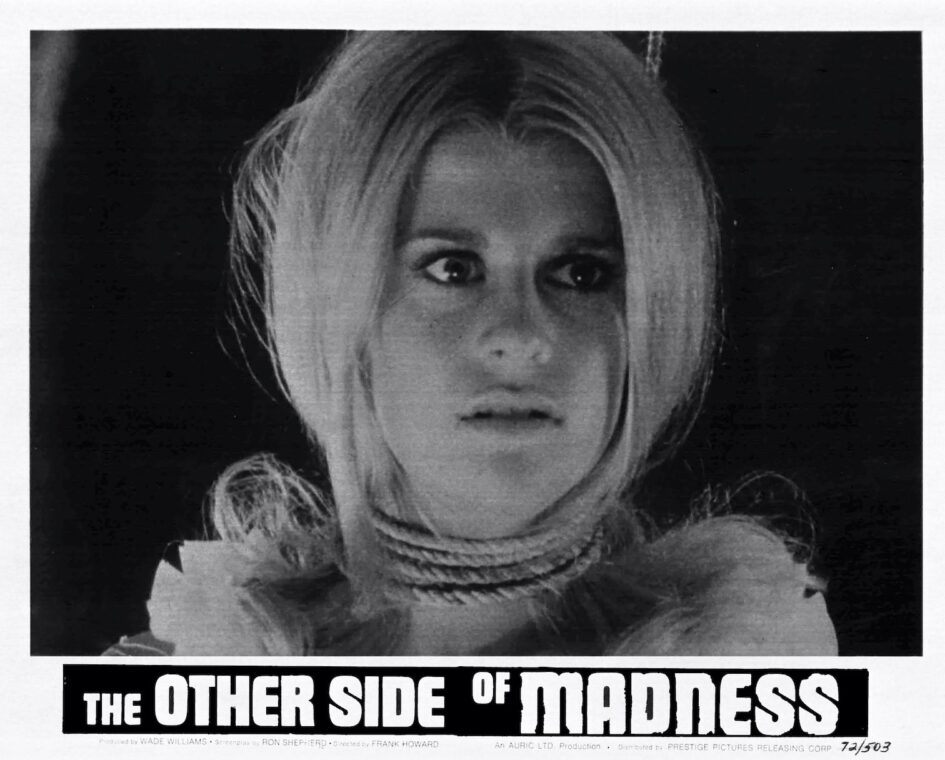 Per Matt
Monsters come in all shapes and sizes. Even the smaller ones can be incredibly ruthless. Such is the case with Charles Manson. As a charismatic master manipulator, he played to people’s weaknesses, eventually leading a pseudo-religious cult. Preaching counterculture ideals, he would eventually impart his radical beliefs onto his followers. This is when he entered the Helter Skelter period of his life, and when The Other Side of Madness begins.

Shot in black and white — which makes the story feel even more haunting —  this film opens as if Los Angeles of 1969 was the wild, wild west. Compared to today, it pretty much was. Just as a spider entraps victims within its web, Manson knew exactly how to pull the strings of his minions. An eerie silence proceeds throughout the majority of the film, as Manson’s music, playing in the background, gets the main attention, as well as public-use audio from various news reports.

Part documentary, part re-enactment, Madness details the “bizarre crimes” of Charles Manson, who is seemingly absent for the most part. Filmed with a flair for the avant-garde, it very well feels like a product of its time. Once considered too shocking for audiences, Madness was banned when it premiered in Los Angeles theaters, as it was the very first film to depict the crime of the century (and it was released while the Manson Family’s trials were ongoing).

Psychological horror mixed with a cautionary tale about illegal drug use, on its 50th anniversary, The Other Side of Madness receives a limited Blu-ray and DVD release on November 24th. Included in the package is the controversial cult film, along with a 12-page Blu-ray exclusive collector’s booklet with commentary from award-winning director Alexander Tuschinski, original theatrical trailers from both theatrical releases of the film, An Interview With Producer Wade Williams, Wade Williams Meets Manson and a bonus CD, featuring two songs performed by Manson, which were exclusively purchased for this film.

Generally, I get knots in my stomach whenever the topic is brought up, so watching this one was a little tough. Although sensational, I don’t know if this was truly a cult classic film — but it definitely feels like a low-budget exploitation film. I had previously mentioned the creepiest thing I watched this year involved a six-part Manson documentary series (EPiX Brings the American Myth of Helter Skelter to Life). This one feels more tame, in comparison. No actual names are ever used (probably wisely, in fear of litigation). The girls portraying hippies didn’t look dirty enough and the film’s direction lingers a little too long with scenes intended to set the mood, not necessarily tell the story.

The Other Side of Madness was a bold experiment for 1971, featuring many first-time actors. It’s incredibly important to never forget the past, but this particular chapter of life is definitely tough to digest. If you’re a true crime fan, you should definitely check it out. If you’re a box-office watcher who’s into pop culture, make sure to get a copy (there’s only a limited supply getting released). As a celebrity criminal, Manson would love all of the attention he continues to get, which he never received as a recording artist, even after death. As a convicted murderer who spent the majority of his life in jail, he’d probably prefer you didn’t remember his dark side, which Madness recollects.