Oak Island’s Eighth Season Off to a Rocky Start 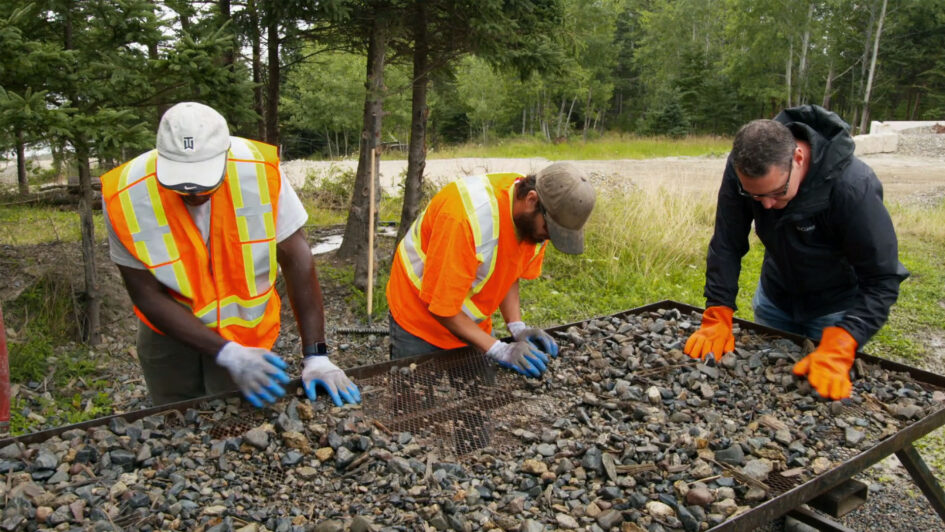 I’ll readily admit it: I’m a Curser (Or is it an Oakie? What about Acorn? The term seems to change every day!). Regardless the nickname, I’ve been a fan of The Curse of Oak Island for a long time, now. Although I will continue to believe the ever-growing group of treasure hunters won’t find the much-hyped treasure that’s hundreds of years old and forever lost, I absolutely enjoy learning about the lost history of the land… even if a heaping dose of conspiracies are nonchalantly sprinkled about. Many rumors are never quite proven true, but it’s the journey that you’re taking with this crew, who seems to have a limitless amount of money to throw at the land.

At the conclusion of last year’s season finale (Digging Toward Debt: Oak Island’s True Curse), the fellowship made some progress… which was promptly followed by setbacks. Such is Oak Island. So, there were very big plans in store for 2020. And then the worldwide pandemic struck. Notice the cycle?

In the two-hour premiere, “Remote Control,” the crew’s boots on the ground is limited to those already physically located in the area, as COVID-19 has affected the 225-year search for buried treasure, since the U.S.-Canada border was closed at the beginning of Season 8’s production schedule. Zoom teleconference meetings get used in order to move forward. Despite the years of setbacks, they remain hopeful.

One of the first goals of the episode is to find the “shiny gold thing” lodged inside borehole C-1. Another is to research a 32-year-old map that notes four non-ferrous objects were discovered on the island, but never followed-up and retrieved… until now. And the final goal is to explore the anomalies within The Swamp.

A professional diver was brought in who managed to chisel what looked like a coin out of the borehole’s wall… which proceeded to fall through the diver’s hands and into the endless silt. Such is Oak Island. Archaeologists and historians searched a mysterious rock formation, while looking for a possible underground tunnel. Nearby, remnants of an ancient maritime rigging axe and a very old, misshaped coin were found with the aid of newly bought metal-detecting equipment. And it seems an underground wall may be hidden on the outskirts of The Swamp.

The episode ends as the countries’ travel ban was briefly modified and four of the major players finally arrived. After their 14-day quarantine ends, they prepare for the events of the next episode…

Although eventful, there wasn’t a ton of progress made in this episode. Information is gathered. Plans are made. Beginning steps are made at attaining their goals, but nothing is ever easy when dealing with Oak Island. After eight years of searching, it’s interesting that a travel ban may be most responsible for the team’s unearthing of an invaluable treasure map that they had no idea even existed. To be continued…

Season 8 seems to have gotten off to a rocky start, so I’ll hold all judgement about the team’s progress until this year’s events actually wrap.