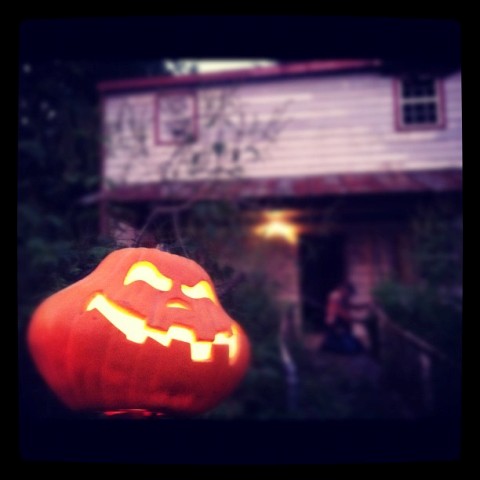 Per Matt
Monster Mountain brings the chills and thrills in 2014.

Filled with many clowns, Zombies and many other things that go bump in the night, Monster Mountain is back with a brand new haunted attraction.

Last weekend I visited the haunt and experienced the scares firsthand. Tagging along with a group of 11 teenagers, all of us enjoyed our visit. At one point, we got turned around, but we quickly found our way back onto the correct path. I really liked the gigantic snake that can be found in the woods. It really shocked the group when it appeared.

Speaking of being scared, during our visit, all the noise of our group emanated from the two scaredy-cat teen aged boys, who were really screaming. I couldn’t believe how brave each of the nine females were, who were mostly quiet the entire time. Too funny. 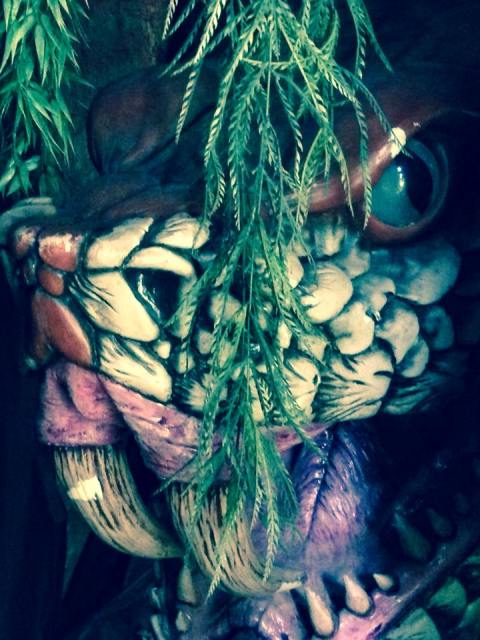 Previewing the haunted attraction, I spoke with Jan McMurtry, the Manager of Monster Mountain.

Monster Mountain has a new theme this year.
– “The Reign of Rufus is this year’s theme. Rufus Justice has basically gone to the afterlife, but he has come back and he’s trying to take souls down with him.”

Wasn’t Rufus a character last year?
– “He was. He was alive last year. Rufus has been around… I believe this is his third year, so Rufus might not come back, next year. This might be Rufus’ last reign.”

Please tell me what’s new for 2014.
– “For 2014, we have a brand new clown room, in a new location. Then, as you’re going up, we have added some movie characters. I won’t say their names, because I don’t want to give them away. And then, as you come down, we’ve also added a new casket room, a new doll room and a schoolhouse. We changed our chainsaw area, updated our gift shop and few other things.”

How many people, per group, enter the attraction?
– “We try to keep people with their own groups at the first of the year, usually in September. But as we get into October, we can’t do that. We sometimes have to add. We try not to have more than 10 at a time go through.” 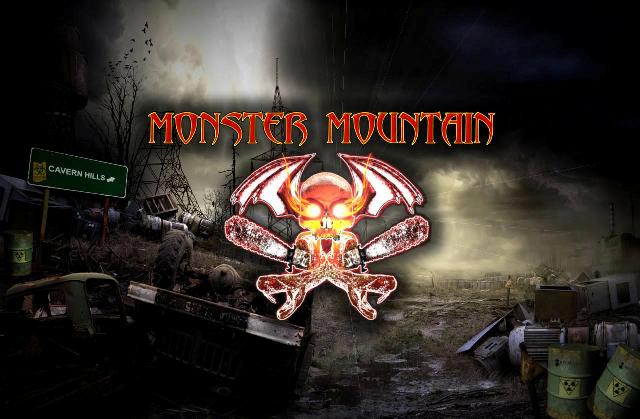 Do you have any surprises in store for the attraction, later this year?
– “Well, we’re actually adding something new to the home that will hopefully be in by next weekend (starting Friday, Sept. 26th). It’s a little surprise. I can give you the SPOILER: It’s supposed to be a vortex.”

Tell me a little about your breast cancer awareness program.
– “I have a family member who was basically raised with me. She’s my cousin, but she’s more like my sister. She’s had breast cancer and she went into remission and then unfortunately, this past year, she’s been diagnosed with breast cancer again. She is in remission again, but we are selling the breast cancer t-shirts. All of the proceeds to those will go to her, to help pay for the medical expenses she’s incurred. We’re also going to put out a money jar to see if we can get any donations. She doesn’t know we’re doing this. Her name is Kim Colley.”

Will the cast of Deep South Paranormal be making an appearance this year?
– “Unfortunately, they are not coming out this year.”

Are you open on Halloween?
– “We are open on Halloween night. This year, Halloween is on a Friday. We’ll be open and have regular hours, but we’ll also be open this year on Saturday, November 1st, from 7:30 pm to 11:30 pm.”

Make sure you visit Monster Mountain this year. It’s a thrilling haunted attraction that’s very fun. And if possible, make a donation to their breast cancer fundraiser.