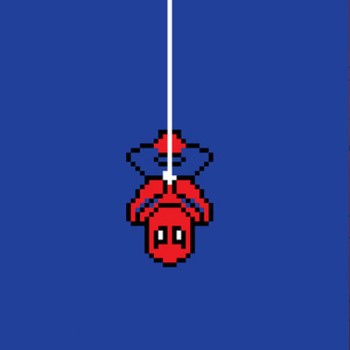 Spidey has come a long way, throughout the years.

I’ve played many of my brother’s old-school video games, including many 8-bit PC and console games. The older games tend to be fun, but look terrible!

While the graphics have come a long way since then, the one-liners never stop!

Some of the funniest lines of dialogue come while the superhero is interacting with other on-screen characters, but some of the more recent games have hilarious zingers by the webhead that happen after a few seconds of inaction by Player 1.

After playing many games that featured Spider-Man (and his Amazing Friends), I thought it would be a fun idea to list some of the best quick-and-witty dialogue that appeared throughout the XBOX 360 generation.

Spider-Man: Edge of Time
– “You want a Spider-Man who’ll do whatever you want? Go play a video game.”

Spider-Man: Shattered Dimensions
– “Is that a cartoon pig?”
– “It’s so easy, Wolverine can do it!”
– “I’m Spider-Man. That’s what I do. I break pots.”
– “Come on! You started the hotdog eating contest without me?”
– “I am NOT losing to a monster made of… malevolent spaghetti!”
– “Get in here boys, show Wally Webs here he can’t twist my doorknobs!”
– “Jeez. Not often you see a guy pick a fight with a building… and win.”
– “I’m available for black-ops missions, assassinations and birthday parties.”
– “So, how hot is Kitty Pryde? Almost as hot as that redhead I always see you saving.”
– “Hey Kraven, remember the old days where you wore that lion vest that fired lasers?”
– “That’s a daring look you’ve got going. Not many people choose to wear their muscles on the outside.”

Marvel Super Hero Squad: The Infinity Guantlet
– “Spider-combo!”
– “This is why I normally work alone.”

Marvel: Ultimate Alliance 2
– “You just got your butt kicked by a guy in a goofy outfit.”

Spider-Man: Web of Shadows
– “First off, ya smell like death.”
– “Deputy Spider-Man will get that rascally varment.”
– “Why does everybody talk crap about the costume? It’s a classic! It’s iconic!”
– “This some kinda damn Super Hero fashion show? ‘Cause I got some orange and brown tights that put you to shame.”
– “Green Goblin is so six years ago! The kids, they like the Venom and the Sandman now!”

Marvel: Ultimate Alliance
– “Next time, I wanna fight someone that doesn’t smell like old cheese.”