Babes in Geekland: Big Daddy Cool and The Bombshell Kittens at Hypericon

I’ve always wanted to see a burlesque show. I’ve tried to make it out to more than a few throughout the years, but every time I get a chance to head out and see an act, I get sidetracked and miss it.

Burlesque, for those of you who aren’t familiar, is much more than striptease acts featuring gorgeous women in provocative costumes — although there is plenty of that to go around. Burlesque features a variety of phenomenal performances the likes of which many people will never experience anywhere else in their lives, from contortionists and fire eaters, to soulful musical performances and comedy, all designed to satirize society and give the audience a thrill. And that is exactly what Big Daddy Cool and the Bombshell Kittens did this past weekend at Hypericon in Nashville. The Nashville-based burlesque act, currently celebrating its fifteenth year, performs all over the Southeast and, for con-goers, put on a very special, a very blue show tailored just for them. 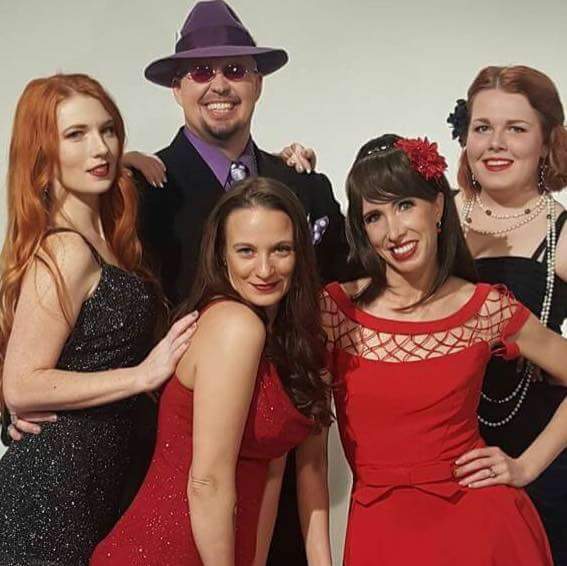 Big Daddy Cool (John Pyka) is the group’s Master of Ceremonies, who tells an overarching story about meeting each of the performers and how he “fell head over heels in love” with them all. Performing magic tricks and telling jokes as the girls prepare for their performances seems almost routine at first, but that’s one of those things about magic: misdirection. The minute you’re attention is to the left, BAM!, it’ll hit you from the right. A true showman, Big Daddy Cool came to the stage escorted by the lovely Ruby Raven (Sara Neathery) and Lucy P Lovesgood (Kelsey Lane Dies), the musical talent of the troupe. As the girls sang, Cool performed tricks, including a routine with a flying cane that hovered effortlessly above the stage and spun in a wide orbit around him. Throughout the night, he continued his card tricks and crowd-focused monologue while introducing a few brand new tricks into his act, including an amazing, nerd-centered story. He wrote a few brief lines and placed them in a sealed envelope then, asking random members of the audience to suggest words and phrases, created a story on stage. When the envelope was at last opened, it was revealed to contain an identical story to the one that had just been created by crowd members. He did card tricks, too, but with a flair to them like I hadn’t seen before. It’s hard to describe exactly what I mean, but it was a thoroughly impressive magic act.

Lucy P Lovesgood and Ruby Raven have beautiful voices and delivered a mix of soul and laughter as they sang and sauntered about the stage. For fans of swing and that old ’30s to ’40s jazz and lounge style music, you’re definitely in for a serious treat. The stage personas of these two incredibly talented women and Big Daddy Cool are both steeped in that ’30s swing culture that adds this beautiful, nostalgic touch to their performances. Their musical interludes are fantastic segues into the more heart-stopping performances given by the talented striptease artists and dancers, but I’ll get to that in a moment. First, let me tell you about the nails. Crystal Starr and Luna Devika are quite literally the most amazing women I’ve ever seen in my life. Being a contortionist is an amazing feat in and of itself, but to perform these body-bending acts on a bed of nails is something entirely different. The nails are very much real and ready to be driven into a wall, or a hapless person’s flesh, depending on any slight misstep and it becomes apparent to the audience just how dire this act can be as everyone is asked to maintain silence toward the finale, as Crystal is sandwiched between the nail boards with Luna on top, continuing to bend herself in ways that delight the imagination. Other acts performed by these phenomenal women involved a live snake, flaming wands and a power grinder against a metal corset, sending sparks flying through the darkness over the crowd.

Now, for the part that some of you have been waiting for. Ginger Oh Snap, Marie Merlot and special guest Diletta Delight gave some of the most palpating and heart-racing shows I’ve ever seen. Performing in various cosplays with Ginger Oh Snap being a crowd favorite as both Wonder Woman and an incredibly sexy Gambit, they showed the more sensual side of fandom. There’s a measure of personal courage and self confidence that comes from performing in front of a crowd, whether you’re telling jokes, singing your heart out, dancing or performing any other routine. But to do this while stripping down to nothing but a G-string and some tassels is another thing altogether. Their routines were energetic, exciting and more than a little arousing, full of sexually charged humor and raw talent being refined for the wild cheers and applause of the audience. The final act was a sultry take on the opening of Married… with Children as Diletta Delight did her best lovelorn Peg Bundy. 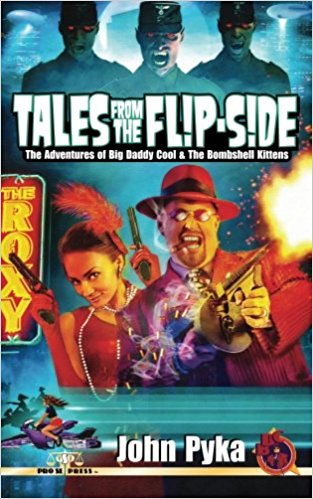 Tales from the Flip-Side is available on Amazon.

If I had all day and an infinite word count, I still don’t think I could tell you how incredible this show was. Big Daddy Cool and the Bombshell Kittens are a truly one-of-a-kind group of performers who have brought their love of cosplay and fandom into burlesque in the best way possible. And, as if that wasn’t enough, Big Daddy Cool himself, John Pyka, has begun a book series chronicling the exploits of the Bombshell Kittens as they travel through time and space. Tales from the Flip-Side is the dieselpunk pulp “true story” of super-powered showgirls and time-traveling gangsters fighting Nazi vampires across time and space. It’s available through their website and Amazon. You can even check out a free sample of it here. It looks incredible and I made a point to pick up a copy before I left the show that night, so be expecting a book review in the not-too-distant future. Until then, check out Big Daddy Cool Shows for information on booking the Bombshell Kittens and be sure to like them on Facebook and Twitter.