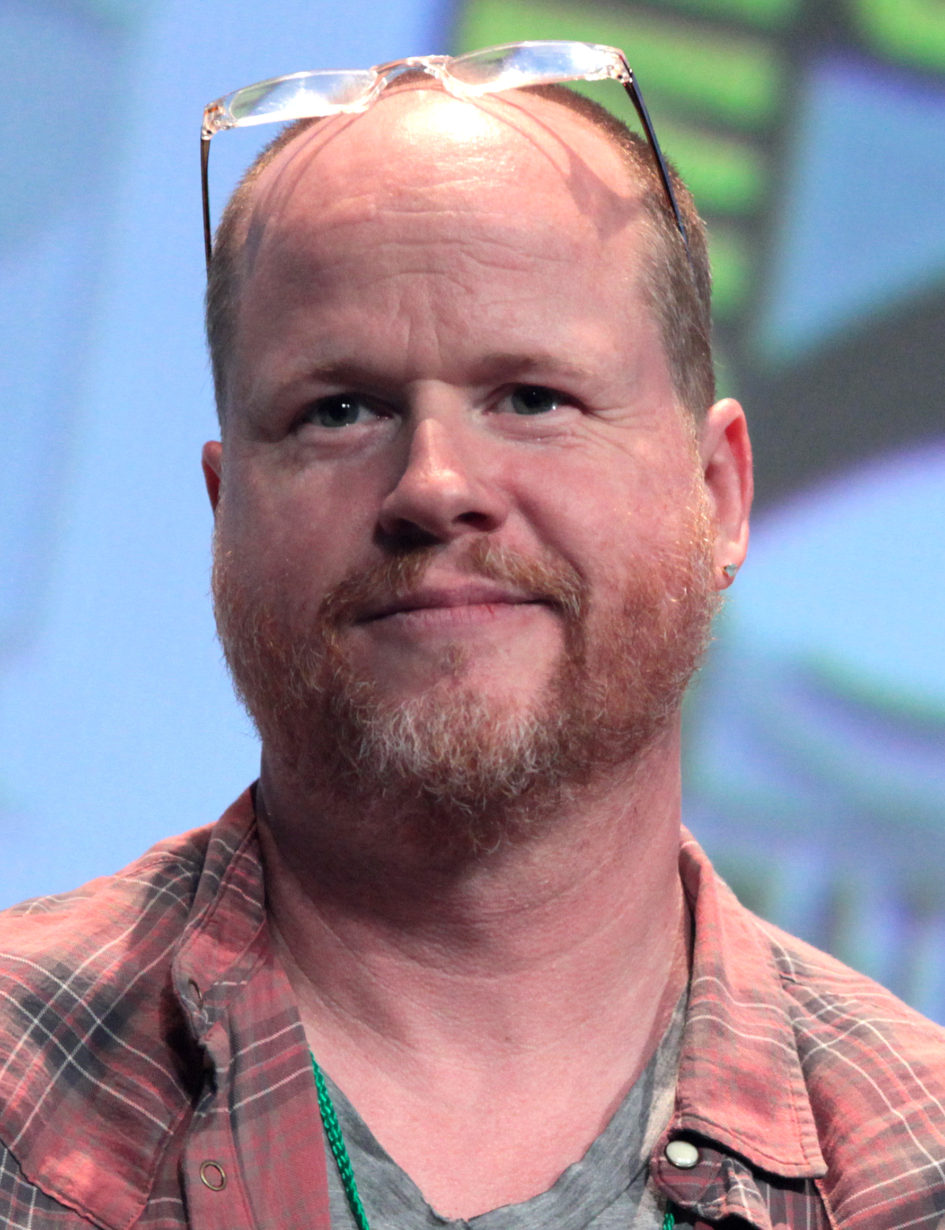 June 23 marks the birthday of one of pop culture’s most influential artists. Joss Whedon has distinguished himself as a writer, director, producer, filmmaker and pop-culture icon. Born Joseph Hill Whedon on June 23, 1964 in New York City, he celebrates his 53rd birthday this year.

One of many distinctions he has is that for more than a decade, an academic conference has been held every two years to parse his work. Attended by scholars from universities around the globe, the Slayage Conference on the Whedonverses started here, in Middle Tennessee.

In 2004 the first (and only, it was assumed at the time) Slayage Conference on Buffy the Vampire Slayer was held in Nashville, Tennessee, an event hosted by Watkins and Middle Tennessee State University and organized by the late Dr. David Lavery and Dr. Rhonda V. Wilcox. 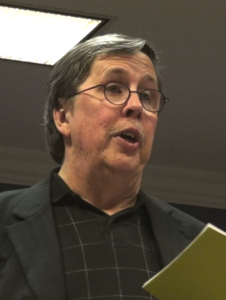 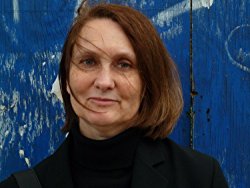 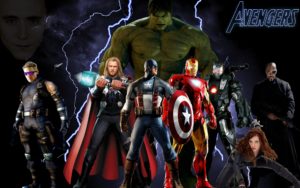 Joss wrote and directed the film adaptation of Marvel’s The Avengers (2012), which earned over $1.5 billion worldwide, making it the third highest-grossing film of all time until 2015, and the highest grossing superhero film of all-time (still). In domestic box office, it has been eclipsed by two 2015 films, Star Wars: The Force Awakens (No. 1) and Jurassic World (No. 4), and is now No. 5 behind Avatar (No. 2 domestic / No. 1 worldwide) and Titanic (No. 3 domestic / No. 2 worldwide). He followed that by directing its sequel, Marvel’s Avengers: Age of Ultron, released in 2015, which is now No. 12 all-time domestic and No. 7 all-time in worldwide box office, at $1.4 billion.

Joss Whedon is also notable for his work in the comic books Astonishing X-Men, Buffy the Vampire Slayer comics, Angel: After the Fall and Runaways. 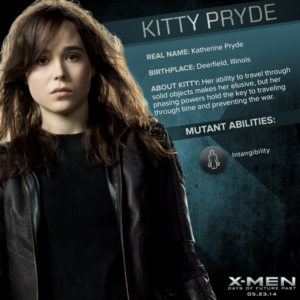 He is particularly distinguished by his creation of the character Melaka Fray and his version of Kitty Pryde of the X-Men franchise. The character Kitty Pryde from the X-Men comics was an early model for Whedon’s strong teenage girl characters.

“If there’s a bigger influence on Buffy than Kitty, I don’t know what it was,” says Whedon. “She was an adolescent girl finding out she has great power and dealing with it.”

Kitty Pryde later played a central role in Whedon’s run on Astonishing X-Men. Kitty Pryde is currently played by Ellen Page in the X-Men film series, and it was her character’s abilities which were pivotal in the X-Men: Days of Future Past storyline. While Kitty Pryde actually time-traveled in the original 1970s comic book tale, she enabled Wolverine to go back in time in the 2014 film version. 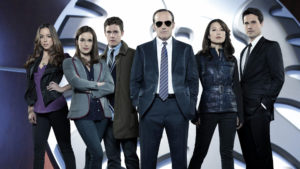 “I think, ultimately, gun to my head, TV is the place,” said Whedon, about developing the Marvel’s Agents of S.H.I.E.L.D. television show which debuted in the Fall of 2013 on ABC as a follow-up to The Avengers movie. The Agents of S.H.I.E.L.D. series just wrapped its fourth season, and returns for another full season next year after the eight-episode run of The Inhumans in its new Friday time slot on ABC in the Fall.

“Being able to spend years with a character, to really develop them, to understand them, to challenge the actor, to learn from the actor, to work with a team of writers — that experience is so fulfilling,” says Whedon. “The idea of putting something out there and letting it grow is really exciting.”

“His respect and empathy for women are obvious and consistent,” says author Lisa Anderson. “He does more than pay lip service to equality; he also shows respect for women behind the scenes. Many important writing and production roles on his projects have long been given to talented women… such as Jane Espenson, Marti Noxon, Maurissa Tancharoen, Rebecca Rand Kirshner, Sarah Fain, Elizabeth Craft, Jeannine Renshaw, and more.”

As an African American, I have always appreciated the deft handling of African American characters and representations by the African American actors Joss uses. Among them, early on, Buffy was criticized by some for a perceived lack of significant Blactors. In the latter seasons it was revealed that the original slayer was an African woman, and that the slayer Spike got his jacket from was African American and the mother of D.B. Woodside’s principal Robin Wood. Also, the slayer Kendra (Bianca Lawson) was created when Joss finally got to work with the actress he originally tried to cast as Cordelia, but Lawson was under contract to the UPN for a show called Goode Behavior. 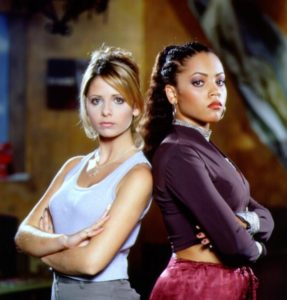 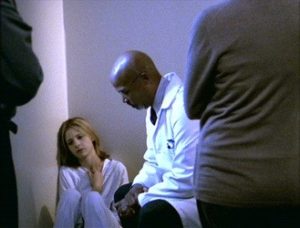 And, lest we forget, Giles’ British girlfriend, Riley’s best friend Forrest Gates (Leonard Roberts), K. Todd Freeman’s wicked villain Mr. Trick (who could forget his “Band Candy?”), Xander’s misplaced crush Ashanti’s Lissa, and Michael Warren’s Doctor in the episode “Normal Again,” when Buffy questioned her sanity and whether she really was the slayer or whether it was all a fantasy world.

On the TV show Angel, only Angel, Wesley and Cordelia appeared in more episodes than J. August Richards’ Charles Gunn. Gina Torres appeared as Jasmine on Angel. Speaking of Gina Torres, hers was one of the two principal African American characters of nine in the Firefly / Serenity saga, along with the late Ron Glass’ Derial “Shepherd” Book. 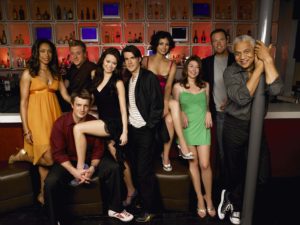 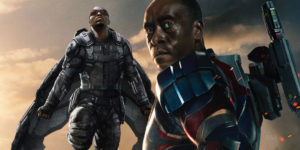 Celebrate Joss’ birthday, Friday, June 23, by watching, reading or buying something Joss has created. Feel free to give someone you know one of his works as a present. You really don’t have to look far to find something cool! If money is tight, watch something online, or check out one or more of his works from the public library or borrow one from a friend (if they’ll let you). Read an article or several online at the Slayage website or any of a number devoted to the Master.