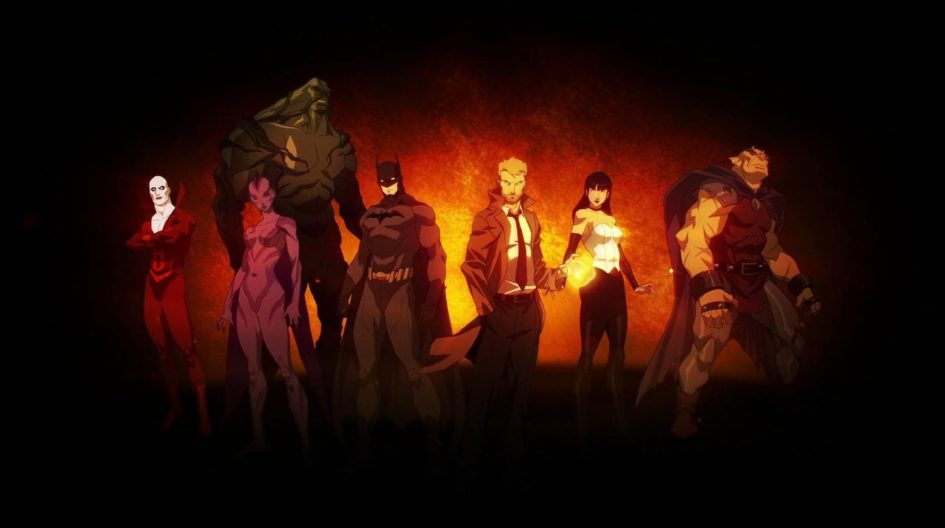 Constantine actor Matt Ryan returns, this time to voice the titular character in the DC animated movie Justice League Dark. He teams up with Batman, Zatanna, Swamp Thing and several other magic users to combat an unknown evil force of dark magic.

When citizens start seeing demons crop up in Metropolis, Gotham and elsewhere, the Justice League is at a loss as how to combat the magical threat, so it’s up to Batman to investigate. Batman turns to his longtime friend, stage-magician and actual magic-user, Zatanna, for assistance. They are joined by ghost and comic relief, Deadman, before meeting up with John Constantine at the House of Mystery. Soon they have a supernatural superhero team and a clubhouse to fight evil from.

If you like Batman or Constantine, you will enjoy this movie.

Batman, like us, has no supernatural or magical abilities. He is skeptical of magic. It’s kind of amusing to watch him glare and mummer, “Hmmm” under his breath when something impossible happens. Batman is voiced by Jason O’Mara, who has been the voice actor for the character in at least seven recent animated films and does a fine job voicing the character.

Batman is clued in to check with Constantine in a scene similar to that of Rachel Weisz’s in the 2005 live-action film. But the similarities to the Keanu Reeves film ends there. Fans of the short-lived 2014 TV show, Constantine, will be very happy. John Constantine is back with his unique brand of British wit and dark humor. Always looking out for number one, somehow he’s always roped into saving the world.

I actually can’t give too much away about the story. Since Batman is in it, it’s kind of a mystery.

What I can tell you is that the animation is top-notch and exactly what you’ve come to expect in recent DC animated films. The premise is interesting and you’ll be sucked into the mystery before you realize the story is one. The pacing is good and balances the main heroes’ time in the spotlight well. The voice acting is spot on and helps bring all the heroes to life.

I say “heroes” here because there’s a problem with one of the villains that might make you cringe. If you don’t want any potential spoilers, skip to the next paragraph.

OK, so in this film, Felix Faust is portrayed as an Asian misogynistic fu manchu-sporting sorcerer… who is voiced by white, Canadian actor Enrico Colantoni (he played the clueless alien leader Mathesar in Galaxy Quest). Listening to him mock Zatanna is like listening to the sensei Fnog mock Leela on Futurama. An odd choice, considering Felix Faust is based off the protagonist of a classic German legend. 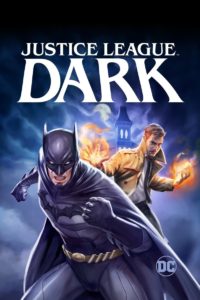 But this isn’t the film’s only misstep. While the main heroes have good dialogue and are well-developed, the rest of the supporting cast are treated as throw-away characters. I’m speaking primarily about Black Orchid and unfortunately, Swamp Thing. The dialogue between them and the other characters is poorly written and we aren’t given enough backstory to care if they live or die, even though there are some great comics featuring them. I’d recommend Black Orchid’s series in Vertigo comics, or appearances in Shadowpact or Birds of Prey. For Swamp Thing, start with Alan Moore and go from there.

Even Jason Blood gets poor treatment. His tale of being bound to Etrigan the Demon is less compelling than that found in the comics or even the Justice League animated series. It also paints the wizard Merlin in a bad light and kind of makes him look like a dick.

There are other minor problems with this picture as well, but my dismay at the animators not using the classic Zatanna costume or them also seeming to steal a disgusting villain from Kevin Smith’s film, Dogma, to fight the team, pales in comparison to some of the wasted potential in some of the supporting cast.

However, the animation is good. The story is intriguing. The voice acting and interactions for Batman, Zatanna and Constantine — especially Constantine — are great. So, if you’re a fan, you like the supernatural or you just want to sit back with the latest DC animated film, give Justice League Dark a watch.