Batman: The Guardian and the Devil 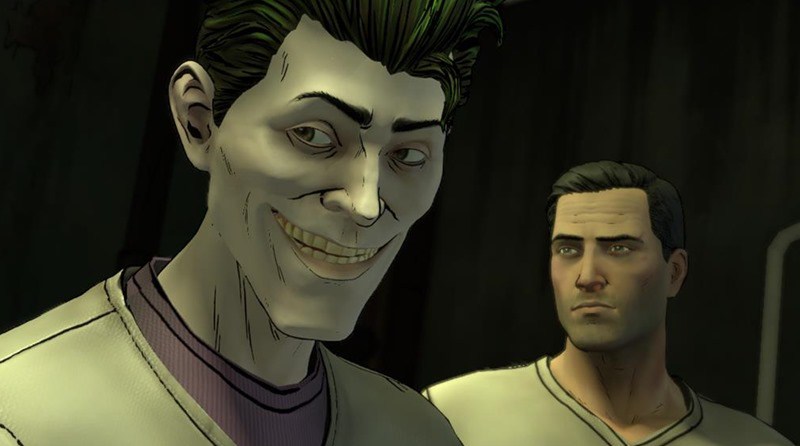 Finally, I was the hero I wanted to be. It took a few episodes, but I did things as Batman I’ve wanted to do the entire series. Batman – The Telltale Series Episode 4: Guardian of Gotham lives up to its subtitle, allowing the player to a be a protector to some of the most important elements of Gotham — especially a young child. But to become the hero Gotham needs, Bruce Wayne needs to go through hell, and he meets a familiar devil along the way who ends up protecting him.

At the end of Episode 3, Bruce Wayne’s family reputation has been destroyed, with it being publicly revealed that Bruce’s parents were in league with the criminal Falcone family, as well as the former corrupt mayor. It was further revealed Bruce’s father, Thomas, was doing questionable experiments on patients at Arkham Asylum.

With his reputation smeared, the Wayne Tech board of directors vote out Bruce as CEO, replacing him with Oswald Cobblepot, another old money family whose loss of fortune can be attributed to the Wayne – Falcone alliance. Cobblepot is secretly the Penguin, a key leader in the growing terrorist group, the Children of Arkham, intent on destroying the old money and leadership in Gotham. In the final moments of Episode 3, reporter Vicki Vale secretly reveals herself as the leader of the group, Lady Arkham, just as she injects Bruce with an anger-inducing drug, inciting him to beating Cobblepot to a bloody pulp during a press conference in front of multiple television cameras. With public sentiment completely against Bruce Wayne, Mayor Harvey Dent commits Bruce to Arkham.

Episode 4 starts with Bruce Wayne waking in a cell in Arkham Asylum, having no recollection of how or why he’s there. The violence-inducing drug is still in his system, distorting some of his interactions. Two angry patients find their way into his cell and nearly beat him to death, when another patient steps in to beat the two down before the guards break up the fight. This green-haired, pale-skinned, charismatic, smiling savior quickly gets chummy with Bruce. And while Bruce has no idea who this odd-looking patient is, the player is screaming in recognition of Batman’s greatest villain, the Joker.

Telltale’s greatest strength is the ability to use iconic characters from the Batman mythology and mold them to the interactive story. They have already had innovative interpretations of the Penguin and Harvey Dent. They took great liberties smearing the names of the Waynes. And they are introducing the Joker, without calling him by that name. He’s merely John Doe, the patient on the good side of the doctors, before becoming the Clown Prince of Crime.

The juxtaposition of playing Bruce not knowing John Doe, while having the knowledge, as the player, that the person in front of you is the most gruesome and terrifying criminal to ever walk the comic book pages significantly heightens the tensions in the game. While I know the “Joker” has some angle on helping Bruce Wayne, I, as the player, am trying to use the “Joker” to escape Arkham without compromising anything to the horror I know he is. And at the same time, I am faced with a dilemma: Is there anything I can do to stop his future reign of murder and mayhem? It’s the same dilemma I faced with Harvey Dent. I didn’t save Harvey from losing half of his face earlier in the game to save Catwoman. Can I save the hundreds, maybe thousands of Gothamites from the Joker, now? While the game never presents this option, it does offer a chance to get a favor from the Joker in exchange for a favor from Bruce Wayne in the future, which I vehemently denied.

Telltale’s interpretation of the Joker is satisfyingly fresh. The voice acting was superb, considering the character’s rich history of both vocal and visual acting. In a game that relies primarily on social interaction, this highly intelligent Joker seems able to always present the player with a no-win, lesser-of-two-evils scenario that will twist the player’s conscience, leaving only regret. As with most decisions in the Telltale series, just as in life, there are few bright-line correct answers.

But the highlight of the entire episode was helping a 10-year-old child as Batman. While investigating a murder scene, Batman discovers the child hiding in an area under the stairs. His adoptive parents were recently murdered while he hid. It’s a scenario very reminiscent in the Batman mythos, whether it be Bruce Wayne or any of the Robins. As Batman, I had the opportunity to be the first responder to this child. I had the option to be the cold, heartless, suck-it-up style Batman, or a kinder, compassionate Batman. I chose the latter. I chose to help the child through the trauma, rather than gather information.

And while I was trying to comfort this child, a machine-gun drone, piloted by the Penguin, flew to the house. I was nearly gunned down by the drone as one of my countermeasures didn’t work, but the boy managed to knock it off course with a baseball bat. Together, they destroyed the drone and I told him he was great as he was the child who saved Batman. The scene was written and acted so incredibly well, it brought about so many emotions. These words are ones any child would love to hear from Batman and being able to deliver these choices as Batman made me feel like a true hero. I’ve beaten thousands of virtual villains, but saving an innocent life, especially a child’s, and comforting him through his trauma, made my day.

Telltale’s fourth episode is the highlight of an already impressive game series. It made me feel far more heroic than I have had so far. The game is reaching its end and has positioned Batman and Bruce Wayne at a disadvantage, but I’m looking forward to how this amazing story ends.