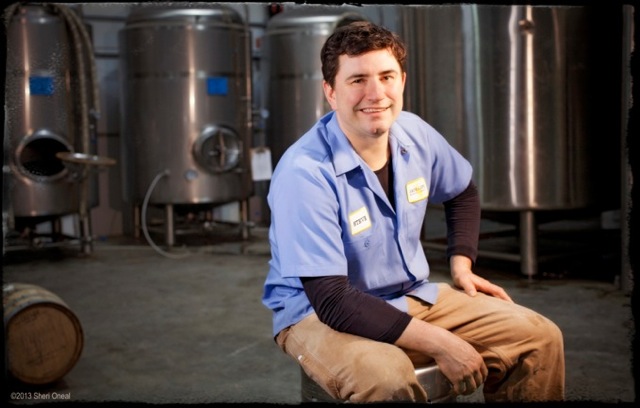 Please introduce yourself.
– “I’m Steve Wright, I’m the Head Brewer or the Head of Operations at Jackalope. I’m not the Brewmaster. Our Brewmaster’s Bailey Spaulding. She’s the one who comes up with all of our recipes. She’s also one of the founders — Bailey and Robyn Virball are the two founders of Jackalope. The three of us are the active owners in Jackalope. We’ve been around for about three years now.”

What brought you into the brewing industry?
– “Really, friendship. I was friends with Bailey prior to there being a brewery. She was really into homebrewing. I brewed with her and kind of caught the bug. Ultimately, I think there was a need for more craft breweries in Nashville and Bailey, Robyn and myself all recognized that need. There hadn’t been a brewery that opened in Nashville in eight years. All of us felt it was a good time for a brewery to open and now there have been six to 10 that have opened since. Even now, with all the breweries, I still feel like there’s room for growth in Nashville. A lot of restaurants are opening every day, there’s a lot of taps for everybody.”

How was this downtown location chosen?
– “Bailey and Robyn actually chose the location. They looked at a lot of places and at the time — three years ago — this area hadn’t started to change, yet. We’re really fortunate The Gulch has really spread and this area is now really developing, with hotels popping up. We liked being close to Yazoo. We kind of think of them as our big brothers up the street. They have really paved the way for craft beer in Nashville. We liked being close to them. That was a factor.”

Was there a previous relationship with Yazoo before starting the brewery?
– “No, there wasn’t, it was only afterward, but Yazoo was always supportive. My understanding was unless more people were talking about craft beer, there was only so much growth they could do. So, more breweries opening actually helped Yazoo and Blackstone, as well. They were very welcoming in letting us into their breweries and helping us see what they had done, so we could install our brewhouse and fermenters and vessels. If it wasn’t for Blackstone and Yazoo, I don’t know if Jackalope would be here. They were very helpful in getting us off the ground.” 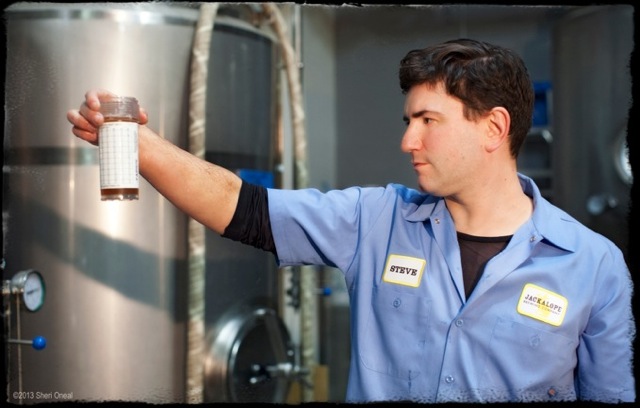 What is your best-selling beer?
– “Thunder Ann is our best-selling beer. We’re actually the first brewery in Nashville to can our beer. We’re canning Thunder Ann. Krogers just started carrying it in their Green Hills location. Harris Teeter, Frugal McDoogals and Midtown Liquors carry it. We’ve opened a lot of accounts with the cans. People are really excited to have a local brewery canning their beer now, instead of bottling it. That one is our best seller, followed by Bear Walker, our Maple Brown Ale.”

The brewery has only been around for a few years, but it seems to be growing by leaps and bounds.
– “We’re a very fast-growing brewery, like many craft breweries. Last year, I believe we did 1,800 barrels. This year, we’re on pace to do 3,200 barrels of beer. That’s a lot of growth. Nashville’s really thirsty right now and we’re trying to keep up. We’re distributing in the greater Nashville area, Clarksville and Chattanooga. We hope, within a year or so, to maybe start distributing to Memphis or Knoxville, as well.”

Would you say there’s currently a trend aimed at creating really hoppy beers?
– “I think Nashville, definitely, has a love affair with hops. Hoppy beers are definitely popular, but even more so than that, beers that have a really good aroma are really popular right now.”

“One of the biggest trends with the beerknurds right now — and we don’t do one — is sour beers. We’re seeing the trend kind of go that way. To make those beers, it is a little bit risky. If you’re doing them onsite with your other beers, what makes those beers sour can contaminate your regular beers. We don’t do them and don’t have plans to do them at the moment.”

As a dark-beer fanatic, please tell me about your current and possibly future dark beers.
– “Right now, Bear Walker is our most popular draft beer. It’s a maple brown ale. while it does have a fair amount of hops in it, we put maple syrup in it at five gallons per every 13 barrels. That maple syrup really smooths those hops and mellows them out. It’s a really drinkable brown ale. For us, that’s really been our bread and butter, in terms of draft sales. The other beer we have on tap right now is a seasonal, our Snowman Stout. I think we’ve only got two kegs left in our tap room, then it’s gone. We use as many local ingredients as we can. and used Bongo Java coffee in that. It’s a mocha stout. We’ve kind of played with that one. This winter, we barrel aged that, as well, in a beer called Tannakin, with the Snowman Stout as the base, aged in a whiskey barrel by Corsair with dehydrated bacon from Porter Road Butcher. That was a really fun one released this winter. We’ll do that again as a small batch next year, as well.”

Can you tell me a little more about your seasonal beers?
– “We try to make all of our year-round beers as well-balanced as possible and then every six weeks we do a new seasonal. That’s when we push the envelope a little bit. Right now, we’re doing a strawberry-raspberry Hefeweizen and after that we will be doing a Gose-style beer called Casper the Friendly Gose. A Gose-styled beer is a half Pilsner, half Hefeweizen, brewed with coriander and salt. It’s one of our more-popular seasonals and something you’re going to see a lot more breweries making as years go on. It’s a beer style that’s been around for a very long time, brewed in Germany. It was one of the only beers allowed that was something other than malted barley, water and hops. This got an exception to those German purity laws of brewing, called the Reinheitsgebot Law.” 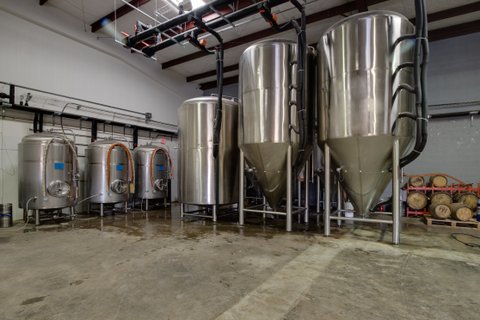 Why didn’t Jackalope release a pumpkin seasonal beer last year?
– “We didn’t do it last year. We replaced it with the Dunkelweizen. We were really committed to making a pumpkin beer with real pumpkins and that’s what we did the year before. Pumpkin beers are a hot topic within the craft brewing world because they keep coming out earlier and earlier. You’ll see pumpkin beers coming out in August, but yet pumpkins don’t even come into season, usually, until late September. When we brewed our pumpkin beer, we were waiting for the pumpkins to come into season. By the time we actually brewed it, people were kind of over the pumpkin beers.”

“Brewing the pumpkin beer the way that we want to — with real pumpkins — isn’t what a lot of breweries do. We decided to go in a different route with a Dunkelweizen, which is a dark German wheat beer that is also a nice Fall beer. We may try it again. It’s definitely something talked about quite a bit. Our pumpkin beer was called Betsy’s Revenge and we roasted all the pumpkins ourselves. Not to say we won’t do a pumpkin beer again… who knows? Maybe we’ll bring it back.”

I enjoyed attending Geektoberfest last year. How often does the brewery host events?
– “We’ve got a tap room space that we only use a few days a week (Thursday, Friday, Saturday, Sunday). We love to schedule events from corporate events to club gatherings. We like to utilize the space as much as possible. We love having people check out our tap room.”

Are there any other upcoming events Jackalope will be hosting?
– “Carl Meier from Black Abbey Brewery and myself got together and brewed a small batch with some experimental hops and the Friday before Memorial Day we’ll be doing an event where we’ll sample people with this beer that we did together. We call it Left Behind, because our business partners went to a business conference and while they were away, Carl and I brewed this beer. We feel like it’s appropriate to release it then for the people who are left behind on Memorial Day.”

Will Jackalope be competing in any upcoming beer competitions?
– “We didn’t last year, but we will enter something for the Great American Beer Fest this year. I don’t know which beers. We did win the Best Brewery Award at last year’s Nashville Predators Foundation beer festival. As a reward, this past winter we were on tap at four Predators hockey games at Bridgestone Arena, which is normally something that would cost a brewery money.”