Beyond Oak Island Chases Other Tales of Untold Treasures 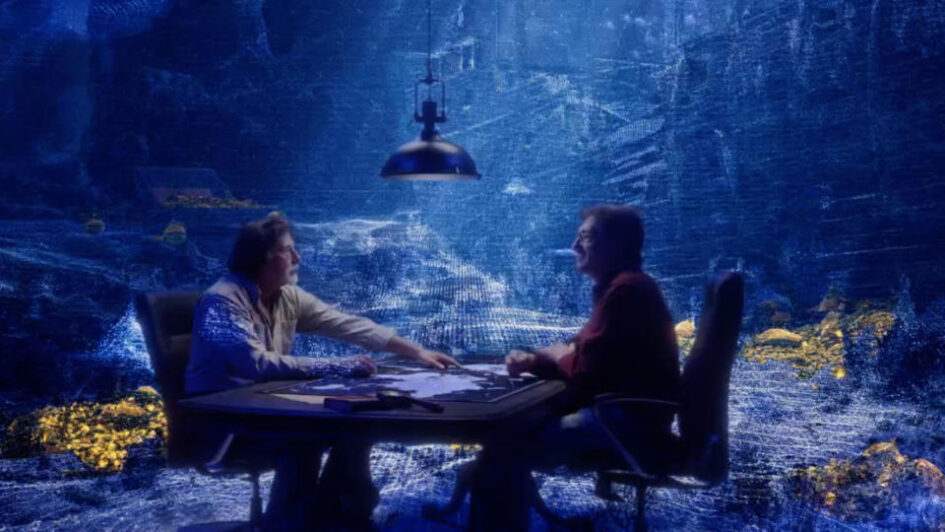 If you’re a curser, an Oakie or an acorn, you’re already a fan of The Curse of Oak Island. And if you’re not, you really need to catch up, already (Oak Island‘s Eighth Season Off to a Rocky Start). After eight seasons of searching for a reported buried treasure that spans 225 years, the Lagina Brothers (along with Prometheus Entertainment) have finally spun-off their search for lost loot to other locations. Beyond Oak Island searches for these treasures.

In the series premiere, Marty and Rick Lagina have commissioned Digging Deeper host Matty Blake to explore the lost history of perhaps even more buried treasures. You really never know what you’re gonna find when you chase after very old legends of fame and fortune.

In the series premiere, “Pirate Treasures,” Christian B. Roper leads Blake and a crew of researchers, explorers and divers to East Texas in search of Jean Lafitte’s long-lost treasure. As the story goes, more than 200 years ago, multiple wooden wagons full of silver bars fell into Hendricks Lake and currently reside deep within the lakebed’s silt bottom, having never been bothered. And because the water has zero visibility, side-sonar technology helped the crew find a few places to search, although they must dodge alligators and four types of dangerous snakes along the way. Much like Oak Island‘s Curse, a storm arrives as soon as the underwater metal detectors picked up something that has been there for a very long time. To be continued?

And just like its sister series (The Curse of Civil War Gold Dives to New Depths) and its more exotic, similar-themed show airing on the same network (Mapping Success for Lost Gold of World War II), Endemol Productions seems poised to take over the entire airwaves of History Channel. Much like the other shows, this crew follows cryptic clues and tales throughout the years in hopes of finding something substantial. More history lesson than anything else, this new show really feels like History Channel’s answer to Josh Gates’ Expedition Unknown. Future episodes involve on-land searches, even highlighting a possible gold nugget being uncovered. Could this show be much more successful than Oak Island‘s never-ending search?

“Treasure has a way of keeping its secrets…”

I like the prospects of the Lagina Brothers assisting others in attaining their life-long goals, but at some point, they’ve gotta get off the Zoom videoconferences and get boots on the ground to other possible locations. And that might just happen within the next few episodes…

If you’ve watched any sort of ghost hunting TV show (or buried treasure program, for that matter), certain evidence is always within the eye of the beholder. The stars of their respective shows always overreact whenever they assume they’ve found something, which almost always happens to be a red herring. If the odds of finding something substantial were very high, everyone and their mothers would be outside, digging up their backyards, finding all sorts of treasures.

I am interested in the prospects for future episodes of Beyond Oak Island, but much like its mothership, I don’t have much confidence these crews will actually find their goals.