Giving Thanks for G4

Per Matt
For Thanksgiving, a very special G4 reunion brought back some laughs. And quite a few eyerolls.

Hosted by Ron Funches, who was supposedly an intern at the network back in the day, former G4 co-hosts Adam Sessler, Morgan Webb, Kevin Pereira, Olivia Munn, Blair Herter and Kirstin Adams reminisced fondly during their time at the channel throughout this made-for-TV special. But instead of solely being a reunion special, this was more like a ridiculous skit that felt never ending, much like what used to air at the gamer network during its heyday.

I found myself reliving the ridiculousness and laughing out loud at all of the flashback moments, but I just wasn’t a fan of the Funches-as-a-supervillain storyline. Why couldn’t the audience have gotten more X-Play and Attack of the Show! behind-the-scenes stories instead of these misplaced comedic bits? I would have even preferred to hear about other less-popular shows instead of what we got. It’s just another wasted opportunity that feels par for G4’s course.

If I could time travel via the Wayback Machine for just a minute, the emerging technology of the moment was more powerful computers, HD televisions and a growing online gaming scene. Not one, but two 24-hour cable/satellite channels covered all of that and specially marketed pop culture that was aimed at gamers. Both TechTV and G4 were successful, but sadly, they eventually merged, slowly removing many of its original programming and hosts. What resulted was a mash-up that, itself, was canceled in 2014.

As a lifelong pop-culture fan and self-acknowledged geek, I’ve always longed to learn about the next great gadget (or killer app, these days). Whether I discovered the news by reading PC Magazine, Video Game News or Game Informer (remember periodicals?), watching CNET Central, TechTV or G4 and even logging in to Gamespot, IGN or Kotaku, I always followed the info. Along the way, I became fans of the various writers/talking heads. So, when an all-new TV special attempts to reignite past fandoms, you’ve already grabbed my attention — but you better bring the goods. 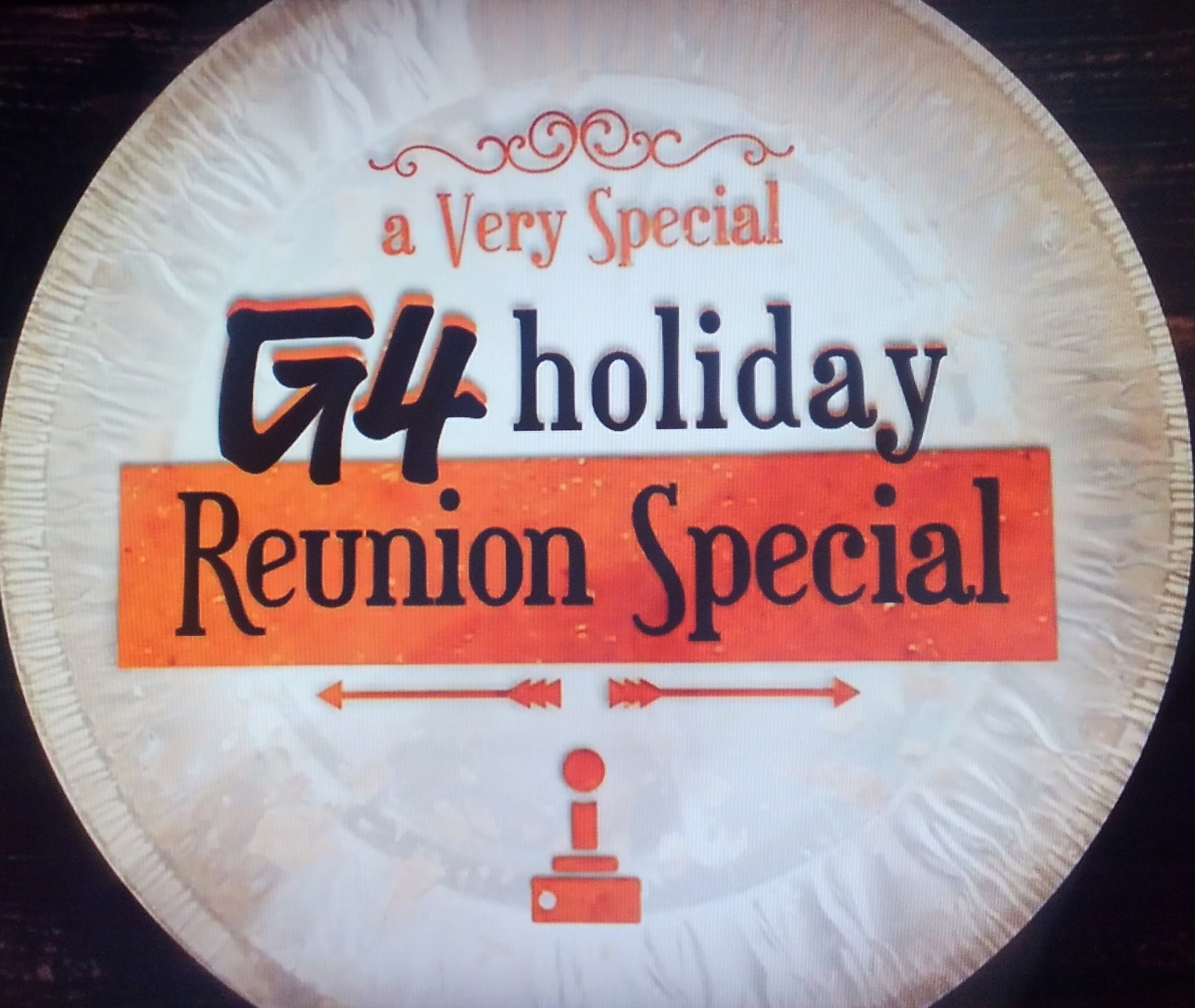 Sadly, two of my faves were notably absent — Alison Haislip and Chris Hardwick. Whether it was due to a scheduling conflict or production budget — realistically, it was probably both — a few seconds of screen time was given to both people, who quickly checked in via Zoom. From discussing pop culture to becoming pop-culture celebrities themselves, Olivia Munn cashed in on her bubbly personality the greatest (although many complainants noted she was a “fake” geek back then), she’s now an actress appearing in many big-budget productions. In terms of public persona, I’d say Hardwick is the second-most successful of the bunch, having created Nerdist and literally becoming the face of the AMC TV network. I was a fan of each one.

The greatest factor for following G4 was the network’s coverage of E3 and San Diego Comic-Con (which is where I briefly met Ms. Haislip while working as a brand ambassador for Ghostbusters: The Video Game). While I’d periodically check in to watch a variety of shows whenever I had some free time, I would ALWAYS watch the coverage of those industry megashows. I have definitely missed the network’s presence covering them, since its doors were shut.

But now, there’s some good news. The network is actually slated to return in 2021 — this time with WWE superstar Xavier Woods appearing in some capacity as a host. I’m more than pretty sure all on-screen talent that was previously employed by the channel won’t return, but even if there’s a small possibility, there’s still a chance. The rumor mill has brought up the possibility the revitalized network will be backed again by Comcast and will return as a series of streaming shows, its format focused online and not as a television broadcast. So, you’re saying there’s a chance, however slight it might be, that the network returns to TV?

I can’t wait to find out. I need an information overdose with a healthy heaping of pop-culture references. Even if they are extra cheesy. 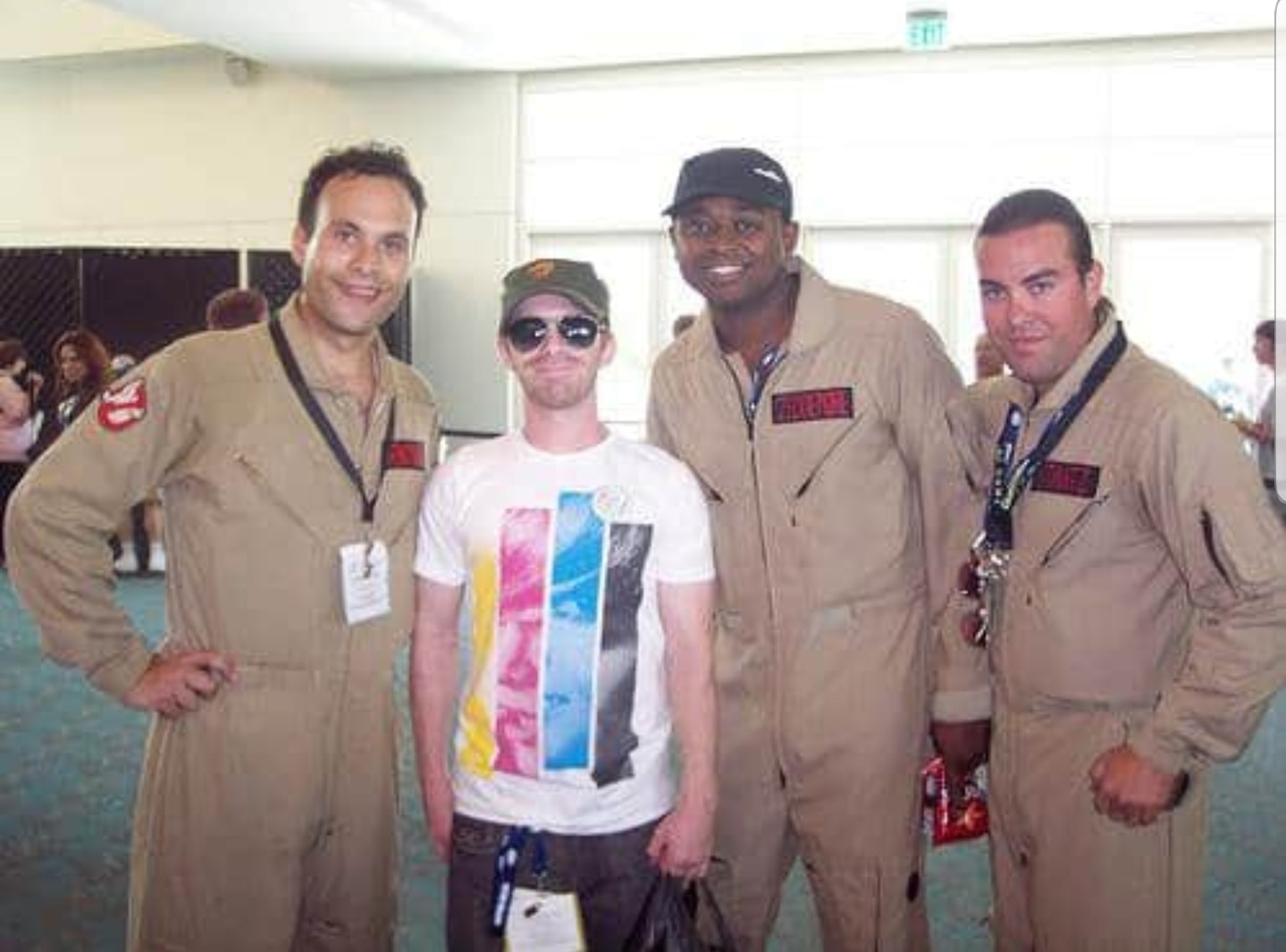 Who ya gonna call? While working a promotional job at the official Ghostbusters video game booth at San Diego Comic-Con, Matt (far left) and friends ran into Seth Green. Thanks for the pic, Seth!