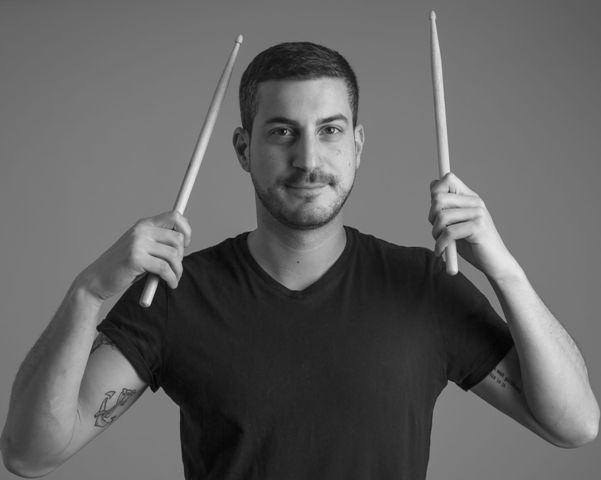 How would you describe the show to someone who hasn’t seen it before?
– “I would say it has elements that will dazzle all of your senses, as well as tickle your funny bone. Also, this is the largest show that the Blue Man Group performs so there’s that, too. Be ready to say hello to your inner-child.”

What can we expect for the upcoming Blue Man Group show in Nashville?
– “I love this question, because the answer is… I never know what to expect! Outside of the general framework of the show, the performance has a life of its own. This comes from the interaction between the Blue Men, themselves, as well as with the audience and band.”

Will this be your first performance in Nashville?
– “I’m sad to say that I’ve never been to Nashville before. I’ve always wanted to visit, being that it’s such a music-centric town with so much history. That being said, I’m extremely psyched to now perform in Nashville, let alone visit, for the first time.”

How were you introduced to the Blue Man Group?
– “I actually auditioned to be a Blue Man about eight years ago, having never seen the show. After a round of callbacks, I went and saw it for the first time and was blown away. I also realized the role of the drummer in the show and immediately was interested in that position, also.”

What is your role in the Blue Man Group tour?
– “Well… after my unsuccessful Blue Man audition, I went in, several years later, to audition as a drummer for the show and got the job. On this tour, I play both drum kit and percussion, which is essentially like playing a kit, but you stand up to play.” 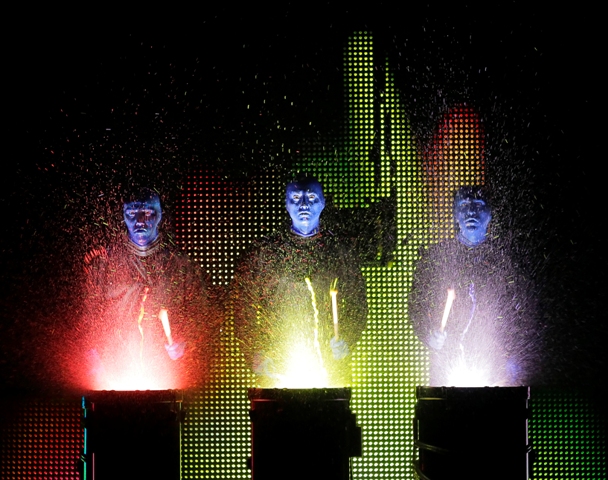 Which percussion instruments will you be performing?
– “As I mentioned, there’s a drum kit and percussion set up on this show. That’s what I play. The kit is somewhat of a normal drum set, just configured in an abnormal way to allow for the tribal feel that carries through most of the music. The percussion rig is similar, but with some extra odds and ends and no kick drum or hi-hat. The Blue Men play some very unconventional ‘homemade’ percussion instruments. But you should probably see those for yourself.”

Please tell me about some of your roles with Modern Drummer Magazine.
– “I started writing product reviews about seven years ago, meaning I’d get new drums/instruments from all types of companies, play them for a while and then give my opinion. From there, I also started writing CD reviews and then artist interviews.”

You’ve toured with a variety of musicians. How would you compare past tours with Blue Man Group?
– “I’d say the biggest difference between this tour and other tours I’ve done is the audience. If I’m playing with a pop group, I know there’s going to be a mostly teenage audience. If I’m playing hard rock, then it’s going to be 20- or 30-year-olds, generally. With this show, we are literally playing to all ages — 3-year-olds, 43-year-olds, 83-year-olds — and all come out of the show with a smile. It’s pretty unique.”

Outside of Blue Man Group, what other upcoming projects do you have for 2015?
– “Well I’ve been doing this online physics course, which is keeping me pretty busy. I’ve been really into the relationship of colors and musical pitches, and I’m trying to figure out an entertaining way to show other people what I’m talking about. I’ve also been entertaining the idea of getting a master’s degree in music therapy, so I’ve been doing some research on that also. I’m trying to have fun in 2015, ya know? Haha!”