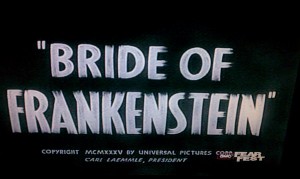 On the tube this morning, Bride of Frankenstein. While I’ve seen the movie before, it was nothing more than background noise. As in the movie, when a peasant woman discovers the monster is alive, no one believes her. This is how it begins, when the zombies arrive. No one will believe, or be prepared. But when they arrive, without warning, it will be too late. 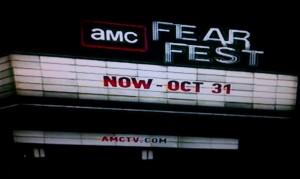 Some will attempt to create mob justice, as in the movie, but they will only have temporary success, and in the long run, will be overcome.

Mary Shelley intended the original Frankenstein book to conclude with a moral lesson. Will no one listen before it is too late? Heed the warning, friends. It may not come by conventional means. It may not be from the mainstream media. It will probably come from blogs. By message boards. Keep an open mind; stay informed. Or you may be overcome by the undead masses one day.