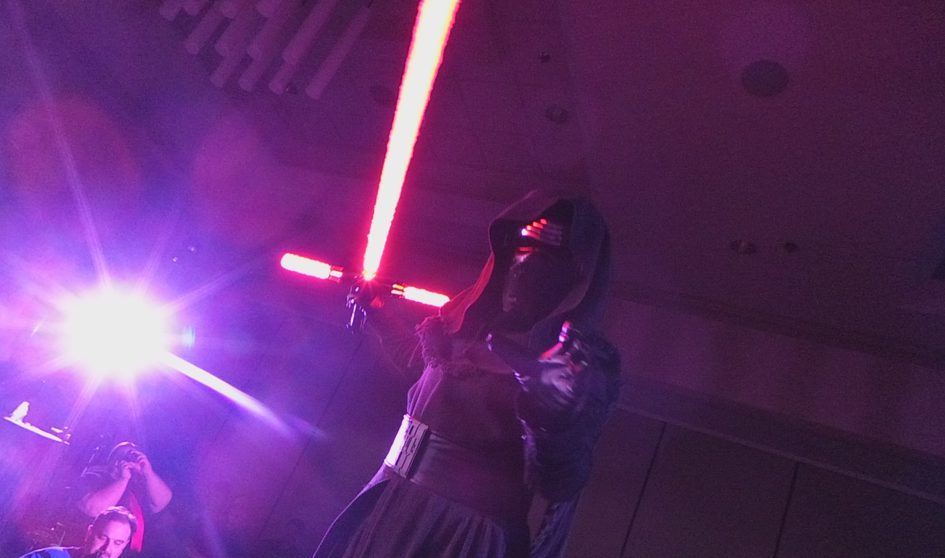 The great thing about Hypericon was that, at any given time you could find something for almost every fandom. From the artists and vendors to the panels and game rooms, there was a little bit of everything. My favorite part of the entire convention, though, had to be the various cosplays that were out there.

From the elaborate to the simplistic, fantastic to mediocre, there was a lot of talent and a lot of love put into this that all culminated in Saturday afternoon’s cosplay fashion show. With a panel of judges including professional cosplayer Nicole Marie Jean and drag queen sensation Venus Ann Serena and Brian Waters of local radio giant Lightning 100, there were definitely some people who knew their stuff, ready to pick the best of the best. The categories were pretty evenly set in increments of 30 points each for Craftsmanship, Presentation, and Accuracy, as well as a final 10 points for Audience Reaction. In most cases, the judges would talk with the cosplayers for a few moments to learn about how they created their characters and learn a bit about the creator’s process.

Lots of pictures I see from cons around the country are full of variations on a theme. You’ll see 20 or 30 Joker and Harley Quinn couples and more Jedi Knights and Sith Lords than you can shake a lightsaber at. More superheroes than a Marvel casting call crowd the halls in a teeming sea of Supermen, Batmen and Spider-Men that would confuse even the most contrived and overpopulated comic book multiverse. Mercifully, Hypericon was free of this problem. Most cosplayers came in unique costumes and there were very few repeats, with fans in many cases portraying different characters on different days. There was a single, very well-made Joker, a couple of classic Star Trek redshirts, and a host of steampunk and fantasy-inspired originals, as well as several other fandoms represented. And did I mention French Maid Deadpool? The judges, themselves, were even prepared as Poison Ivy and Pinhead.

The main hall was prepared like a fashion show stage, with a catwalk running through the middle of the room. The audience was on either side with the judges on a raised dais at the end of the walkway. Big Daddy Cool, convention MC and The Bombshell Kittens frontman, was the host of the event, who managed to bring some magic to an already entertaining performance. There were varying levels of skill and showmanship on display, from the amateurish to the astoundingly professional. I had my favorites (which I’m sharing pictures of all over this article) and ones that did nothing for me, though I appreciated the time and dedication they put forth into their craft.

So, let’s talk about the Dragon Rider. This guy spent months — literally months — making this costume with papier-mâché and just pure awesomeness. With the cosplayer’s head covered in the dragon rider’s helmet, the body hanged in a saddle as the 14-foot wingspan spreads out gloriously as the dragon raises its arms. He, of course won, and rightfully so, given the epic level of work he put into this. It comes as no surprise that this is the 20th cosplay contest he has won as the Dragon Rider. 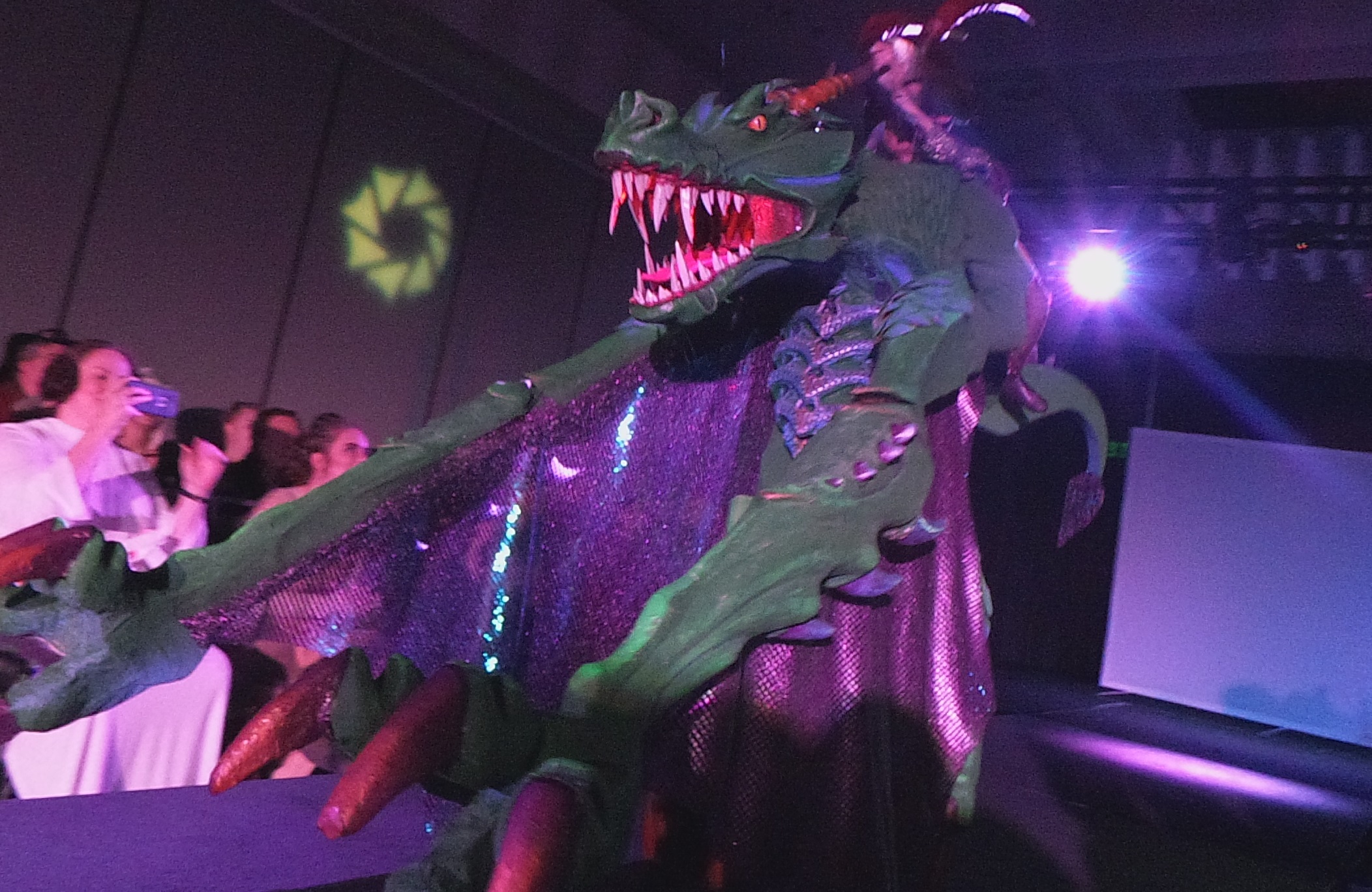 Then, of course, we have one of my cartoon favorites turned into a twisted horror icon. The Ice King, from Adventure Time, is a doofy, obnoxious, and at times piteous pseudo-villain who has an obsession with marrying a princess. The fact that he has to kidnap these objects of his affection completely eludes him when it comes to a lack of reciprocation. This cosplayer, however, gave the character a truly frightening twist, portraying him with that same scatter-brained innocence, combined with a severely psychotic streak as he marched about with poor Gunter the penguin’s head atop his staff. 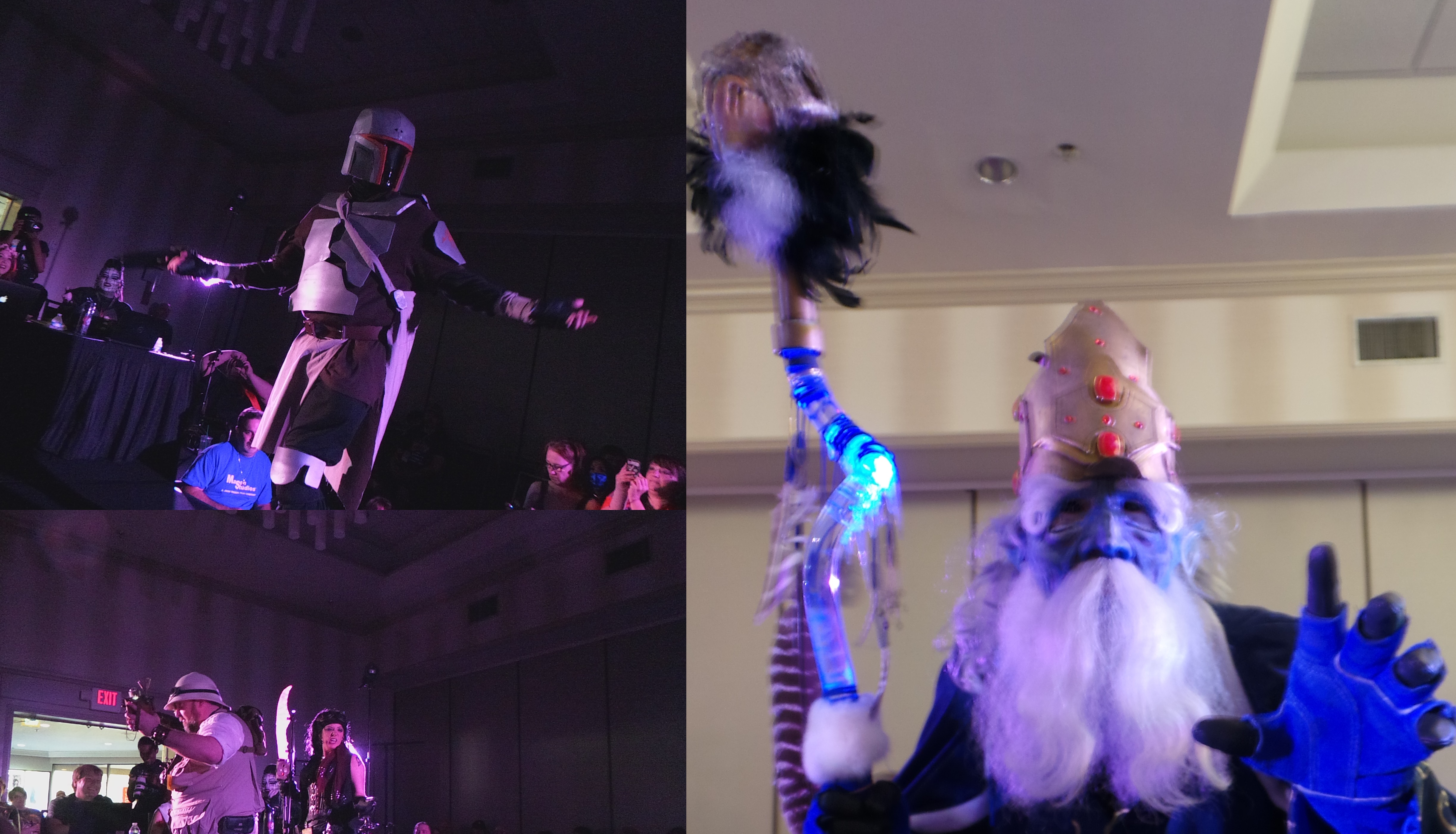 There were several original creations, many in the steampunk and fantasy genres, including Captain Bunny B and The Bard with Bad Memory, who, if you’re reading this and I still managed to get your title wrong, I apologize as I’m the Blogger with Bad Memory. There were some impressive Star Wars-themed characters, well-knowns and new fan creations, as well video game characters from Final Fantasy and Overwatch. I wish I had the space to share all the pictures and, if you check out my Instagram account, you’ll likely see most of them. It was an epic contest and a lot of fun.

If I forgot a name or got a cosplay wrong, please let me know and I’ll be happy to fix it. Be sure to share this with your friends, so we can give credit where it’s due for all these amazing folks. 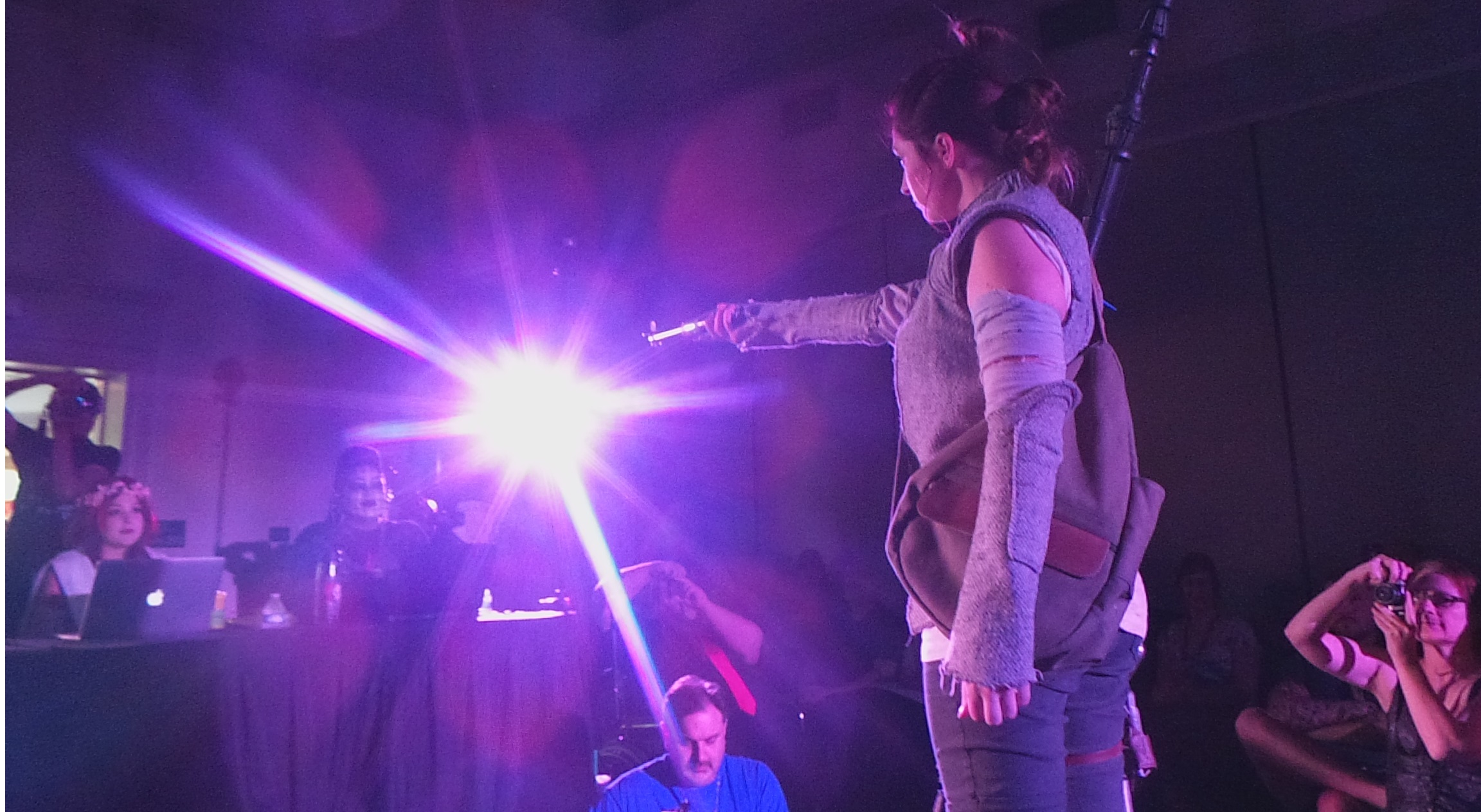 This is yours, right?