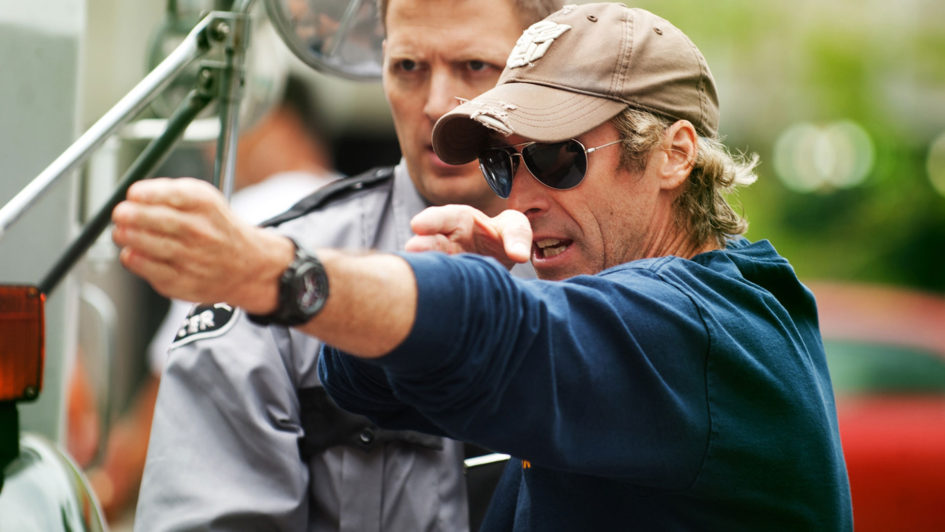 After seeing the nonsensical disaster that is Transformers: The Last Knight, it was solidified in my mind that Michael Bay is just not good at good villains. Sure, many people love and hate the man for a variety of his traits and choices, but this is a frequently unsung Bay weakness that has a great deal to do with his many questionable film choices. Just a quick informal poll of my peers resulted in only one commonly agreed-upon “good villain” from Bay: Ed Harris in The Rock. For a guy as full of himself as Bay is, and who has, indeed, delivered as many blockbusters as he has, that’s a sadly low average.

Some of the smart-asses I gleefully surround myself with even cited the asteroid in Armageddon, Japan in Pearl Harbor, and even Bay, himself, as his most convincing attempts at bad-guy delivery. Now, to be fair, his writers and production partners are certainly going to have to share their own portion of blame, but when you’re the director, it is your job to extract something more out of the scripts when needed. When you serve as producer, as well? (As Bay so often does.) The buck stops with you even more.

It strikes me that Michael Bay actually has no idea how to craft a proper villain, but rather thrives when the antagonist is circumstantial. When the very premise or situation the heroes of the story are facing can stand in for a lack of a true bad guy, Bay seems to do fair to well. Armageddon? Giant rock hurdling through space at our planet. Pearl Harbor? The Japanese blowing shit up. The Transformers franchise? A giant robot war has landed on Earth.

What’s truly a shame is that he misses opportunities like Transformers to build characters among the “enemy” faction. It is as if Bay set out only to develop the characters of a couple of humans alongside Optimus Prime and Bumblebee. Every Decepticon, including their legendary leader and his right-hand screw-up — Megatron and Starscream — is treated as a walking and talking prop. No depth is invested in any of the five films thus far, in these characters. The course material and the opportunity are there, but Bay settles for an approach to these baddies as objects or devices (literally and in plots), rather than entities who could strike some of the familiar and necessary chords of a good villain.

Most people know what it takes to provide the kind of antagonists they can truly believe in. An infectious mania, a darkness or aloofness to the norms of society, possibly some level of pity-inducing backstory… there are a vast many ways to create villains with depth and gravitas.

And then there is the Bay way.

The Bad Boys films, as fun and arguably superior among his films as they are: cardboard stereotypical bad guys, almost feeling like they were rented from Miami Vice. The Island: big corporate evil, and all its subsequent devotees. Pain & Gain? You’re not getting villain depth there. 13 Hours? Circumstance and groups again.

I get that Bay is in it to bring us popcorn movies and spectacles. He’s usually aiming to hit technical marks and push the technology of cinema to its limit. He’s not promising much in story depth to begin with, but we’ve seen him deliver far better heroes than villains, and far better stories than his latest attempt at Autobot and Deception lore. Expecting Michael Bay to do better on bad guys is not something unreasonable. He could if he “got it” or if he tried — he just doesn’t seem to care that he sucks at it.

The added insult is when you see writers, casting directors and a director-producer like Bay recruit someone like Sir Anthony Hopkins for a shallow role like that of his appearance in TF5. You have one of the greatest actors of our time — and one of the greatest portrayers of one of the greatest villains of all time — and not only does he not have any sort of heel-turn, his heroic storyline is generic enough that the role could have been filled by any of a dozen old white men.

This speaks to the errors of Bay’s ways with regard to almost everything, with the exception of his special effects and stunts: all that money… and that’s the best he can do?