Brooklyn Nine-Nine is Back From the Dead 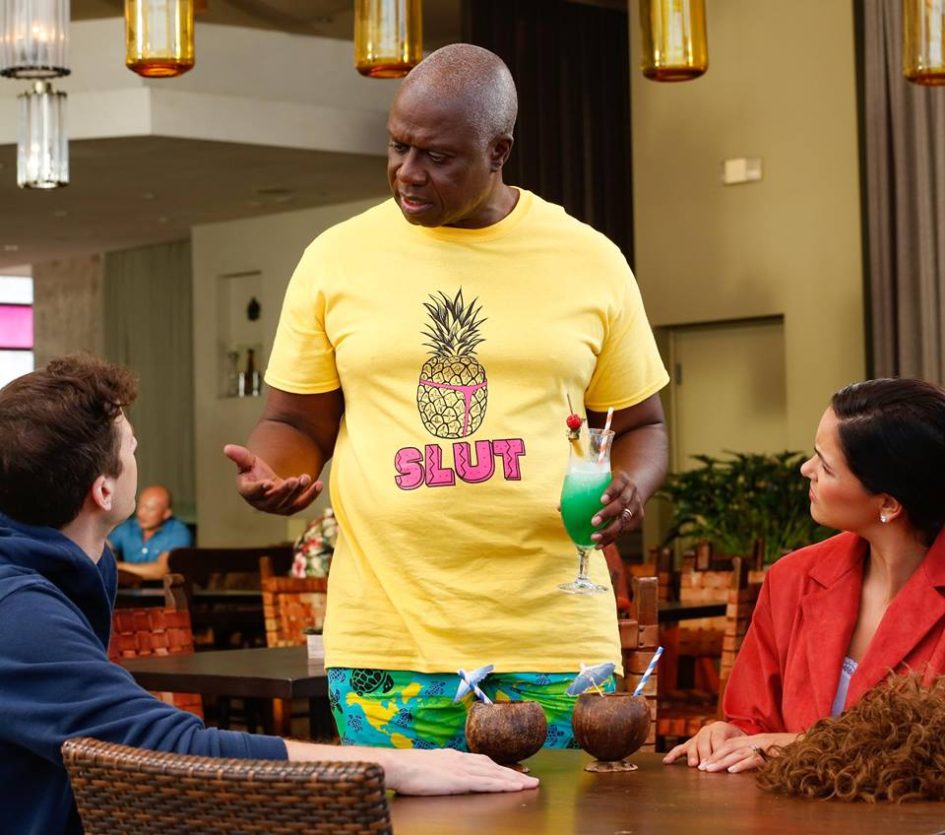 Captain Holt has a reason to celebrate, as Brooklyn Nine-Nine is back from the dead.

I’m not sure when exactly Brooklyn Nine-Nine became one of my favorite shows, but I realized when the series was briefly cancelled last year that I was devastated. That’s why I’ve been really looking forward to the show’s rebirth for Season 6.

For five years, Fox somewhat supported the series, but most likely the network only felt obligated as it won the Golden Globe for Best Television Series and right out of the gate, Andy Samberg won a Golden Globe for his portrayal of Det. Jake Peralta. Somewhat immature but full of heart, Samberg’s character works best off the strong supporting characters on the show.

Watching the show for the first time, I had already recognized Samberg from Saturday Night Live, but the next most recognizable actor was Terry Crews, who had appeared in different action movies and his on-screen character is terrifically against type. I knew Chelsea Peretti from those truTV World’s Dumbest shows that are highly addictive. In fact, the last few years have been slightly disappointing, as Gina Linetti, who used to ALWAYS get the episode’s best one-liners, has seemingly slowly been written out of the main storylines.

Jake’s sexual tension with Amy always seems to produce a few laughs per episode. The ridiculous co-workers and all of their practical jokes borders on being a parody of The Office, which isn’t really a bad thing, as both programs constantly produce great workplace humor. So many Die Hard references, the terrific Halloween Heist and all the individual shenanigans and call-backs that led up to the main characters’ wedding wrapped up last year’s season finale.

Fox never knew how to properly promote the show. Bouncing around the network’s schedule, its ratings were never good enough. That’s why it was a such a shocker to this fan when last year’s official announcement was made that it would not be renewed.

The brief cancellation, Twitter outrage and ultimately NBC stepping in at the eleventh hour to pick it up for renewal created so much real-life drama, much of it was unnecessary, although I was very excited to hear the show, would indeed, go on.

The season premiere, “Honeymoon,” included a depressed Captain Holt, who randomly ruined Jake and Amy’s honeymoon, due to not getting his promotion as commissioner. Boyle’s never-ending family feud with Gina produced a few funny situations and Top Dog Terry’s confidence was questioned as he attempted to run the precinct.

The very next episode will seemingly feature the oddball background characters of Scully and Hitchcock, so I’m hoping they don’t disappoint during their brief moments in the spotlight. The same can be said for the show’s many great guest stars, who seemingly never disappoint and always demand a discussion during awards season. Hopefully there will be many more great ones appearing throughout the season.

The world is definitely a better place with Brooklyn Nine-Nine back on the airwaves with new episodes. Having a series that shows proper respect to Die Hard must be onto something… especially when deciding whether or not it’s a Christmas movie.