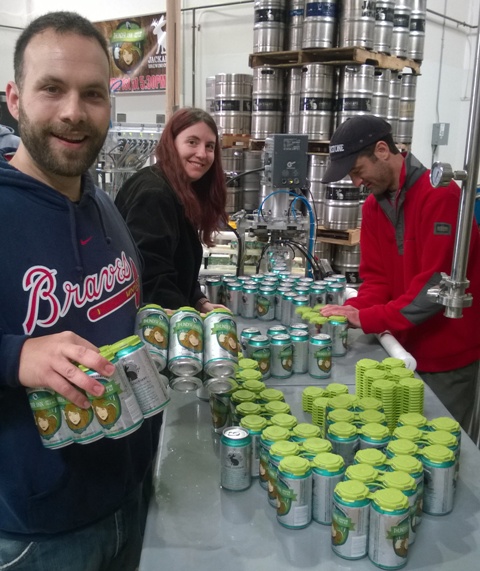 Per Matt
What’s a craft-beer enthusiast to do on his day off? Volunteer to can Jackalope beer, of course! 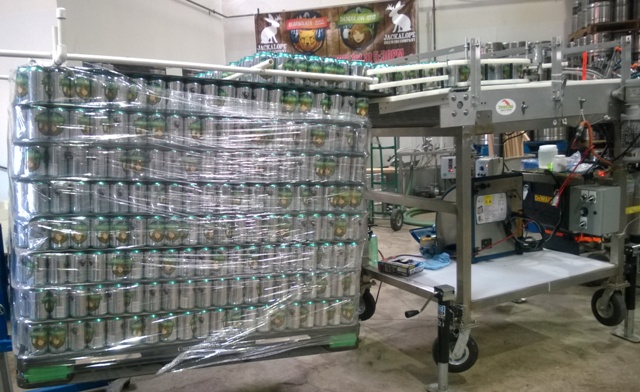 Since this was the first time I’ve helped can beer for any brewery, I wasn’t sure exactly what to expect. Having previously worked on the production team at a local winery, I made sure to wear old clothes, but that was all I knew to prepare myself, beforehand.

Once I arrived at the brewery, all the volunteers were given specific duties. After building beer boxes for a bit, the fun stuff really began.

Once Toucan Mobile Canning Operating Partner Carl Oelker started up the heavy machinery, we were prepared to dive right in. My next duties involved wiping off the freshly sealed cans and applying plastic carrying cases for each six-pack of cans. At this point, you’ve got to be careful, because every so often, cans will sometimes sneak through the entire process without a fully sealed lid. Those cans are obviously pulled to the side.

Two shifts of volunteers helped to work the production line. I stayed for both shifts and enjoyed a great snack afterward.

What I didn’t realize was that you’ll most likely get wet from all the water spraying the top of the cans in the final step of the production line. Good thing I wore my old clothes! 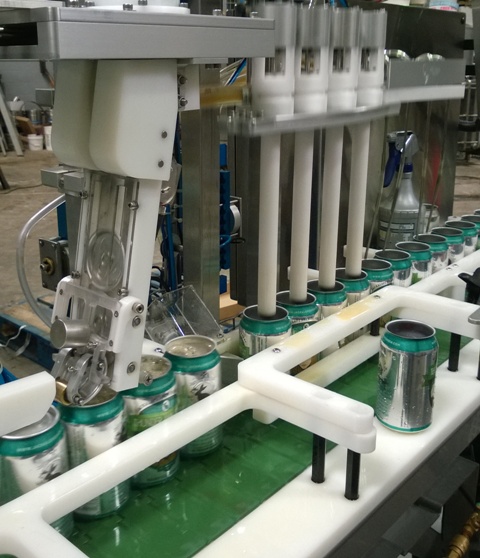 Before the canning began, I got a quick interview with Chief Operating Officer/Head Brewer Steve Wright to discuss the day’s events.

How would you describe the canning process, here at Jackalope?
– “We’re here, canning Thunder Ann. Once, every three weeks, we have a canning and packaging day with a few volunteers, so that we can supply Nashville with the tasty goodness.”

How long has Jackalope been canning its beer?
– “We’ve been doing this for a little over a year, now. Right now, we’re canning only our Thunder Ann American Pale Ale, but pretty soon, we hope to get a few more of our brands to cans.”

Roughly how many cans will be going through the production line?
– “We are going to do 436 cases. Mostly, that supplies Nashville. We do send some of our cans down to Chattanooga, as well.”

Nashville craft beers have recently embraced the canning process. What do you think of the recent canning revolution?
– “Canning, for one, is definitely good for the environment. Aluminum is easily recycled, but it’s also good for the beer, in that the cans don’t let any light through. That increases the shelf life of your beer.”

Can you tell me a little about the canning production line?
– “We use Toucan Mobile Canning, when we can. Carl, who is one of the proprietors, will drive his truck and unload the machinery and help us can.”

Where can people find Jackalope’s canned beer?
– “You can find them in bars and restaurants. We’re trying to expand to Krogers within Nashville. Right now, we’re in Krogers out in Murfreesboro. If your favorite bar or grocery store doesn’t carry Jackalope cans, the best way to help us get in there is by asking for it. We’re trying to get in as many places as possible.”

Changing topics, what’s your take on Budweiser’s Super Bowl commercial?
– “Well, I don’t think too much about it. They seem to have taken notice of craft breweries and that is a little bit of a good thing but also a little bit of a scary thing, as well. It seems that Budweiser’s approach to craft beer, in the past, has been to ignore us. They’re certainly not ignoring us, anymore. I don’t know if that’s good or bad, yet. Time will tell.”

I saw a recent chart that showed craft beer, as a whole, recently outsold Budweiser for the first time, ever. It’s no coincidence they’re buying up a lot of microbreweries.
– “As well as distributorships. They’re definitely taking notice, that’s for sure.” 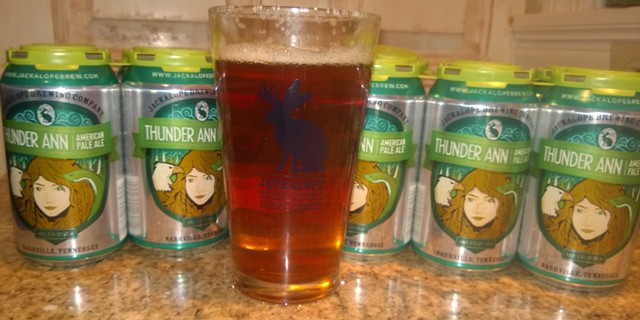 I had a blast visiting with everyone at Jackalope (Bailey, Steve, Kristen, Will, Sally, Andrew), along with all the other volunteers.