Geek Culture at the 2015 Oscars 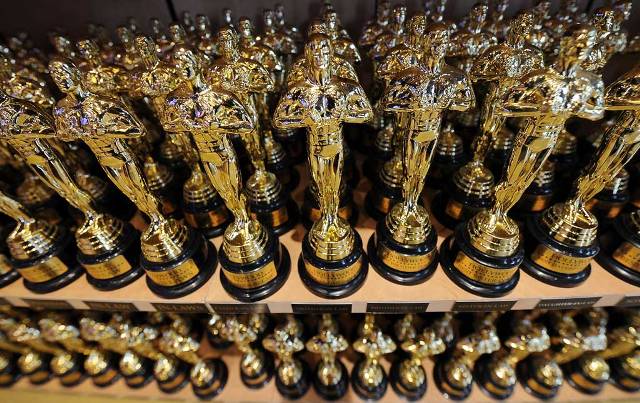 Will Geek Culture succeed at the 2015 Oscars?

Tomorrow, Tinsletown totally shuts down for The 87th Academy Awards. As everybody knows, the film industry’s highest honors are basically a popularity contest and sadly, more often than not, the best performances are usually overlooked. While that’s not necessarily a rule of thumb, the best big-screen products may make their way to the grand podium, once in a while.

So, how does Geek Culture work its way into the grand scheme of things? As geeks, shouldn’t our votes matter just as much as the rest of the public?

At one point in time, the Oscars awarded movies that were successful in the minds of the masses. Box-office results often led to nominations and eventually awards. Nowadays, the Academy goes a different route, often focusing on little-seen movies that many people overlook for one reason or another.

As geeks, we can see both sides of the coin. While it’s easy to cheer on the latest product in big-budget special effects, it’s also noble to cheer on the underdog. Having watched the Oscars for many years, we can practically sum them all up: The popular science-fiction or fantasy film will almost never get nominations in the major categories (Best Actor, Actress, Director and Film). As a consolation prize, those same movies will be regulated to secondary nominations (Writing, Cinematography, Costume Design, Film Editing, Production Design, Sound Editing, Sound Mixing, Visual Effects, Makeup and Hairstyling).

In addition to all the other elements of the nomination process, politics, subject matter and bias all work their way into the thick of things.

It doesn’t help that ticket prices have skyrocketed for the past 10 years. That, alone, can be a huge hindrance to the general public.

We can safely say that we haven’t seen many of the nominated movies. Matt used to work in the film industry when he lived in Los Angeles. Each year he would watch each of the nominated films and pull for his favorites. But now, we rarely visit the movie theater, usually only to see a big-budget adaptation of our favorite comic books or novels.

Combined, the only nominated movie we watched last year in a movie theater was The Hobbit: The Battle of the Five Armies. But we did manage to see Captain America: The Winter Soldier, Dawn of the Planet of the Apes, Guardians of the Galaxy, The Grand Budapest Hotel, The LEGO Movie and X-Men: Days of Future Past via HBO or Redbox.

Each year we cheer on our favorites. Each year we’re disappointed with the results. With all things being equal, here’s our look at the nominations, from the geek’s perspective.

Geek Winner: Birdman is welcome, but we’re rooting for Anderson.
Oscar Winner: If voters want to play politics (which they’ve done many times), this could go to The Imitation Game.

Writing — Adapted Screenplay:
– American Sniper – Jason Hall: Popular choice, based on an American hero.
– The Imitation Game – Graham Moore: Based on a British hero of World War II.
– Inherent Vice – Paul Thomas Anderson: A crime caper with a complicated plot.
– The Theory of Everything – Anthony McCarten: The love story of a theoretical physicist.
– Whiplash – Damien Chazelle: Based on the writer-director’s time with the Princeton High School Studio Band.

Geek Winner: We’re band geeks, so we’re thinking Whiplash.
Oscar Winner: It’s got to go to the highest-grossing war film in North America and Eastwood’s most successful film to date.

Actor in a Leading Role:
– Steve Carrell (Foxcatcher): The comedian has a dark side here.
– Bradley Cooper (American Sniper): The actor practically transformed into Chris Kyle.
– Benedict Cumberbatch (The Imitation Game): Khan as a code breaker.
– Michael Keaton (Birdman): Batman playing Birdman? It’s got to be Keaton!
– Eddie Redmayne (The Theory of Everything): This is the geekiest option.

Geek Winner: Hands down, give the award to Michael Keaton, already!
Oscar Winner: Bradley Cooper SHOULD win, but politics will play a role. Keaton’s rags-to-riches journey is what Hollywood loves!

Actress in a Leading Role:
– Marion Cotillard (Two Days, One Night): Previous Oscar winner.
– Felicity Jones (The Theory of Everything): Doctor Who & Spider-Man previous work.
– Julianne Moore (Still Alice): The Golden Globe winner could finally get her Oscar.
– Rosamund Pike (Gone Girl): Received lukewarm reviews for her performance.
– Reese Witherspoon (Wild): Not this time. An honor to be nominated.

Geek Winner: Ruffalo could win the upset of this Hulking battle.
Oscar Winner: But Simmons insures himself the award.

Animated Feature Film:
– Big Hero 6: Disney’s adaptation of a Marvel property? Could be an easy win.
– The Boxtrolls: Trash-collecting trolls that adopt an orphaned boy? Bizarre.
– How to Train Your Dragon 2: Winner of many animation awards.
– Song of the Sea: Irish fantasy film based on a Celtic myth, unknown in America.
– The Tale of the Princess Kaguya: Studio Ghibli anime based on a Japanese folktale.

Geek Winner: Studio Ghibli is a past Oscar winner. Could surprise the crowd.
Oscar Winner: Dragon rides past awards to upset the superhero and anime crowd.

Well, that’s all for now. We’ll be live tweeting throughout the awards show, tomorrow and recap the winners on Monday. Here’s to hoping all of our favorites have good luck at the show!