Carving Into the Leatherface Prequel Turkey 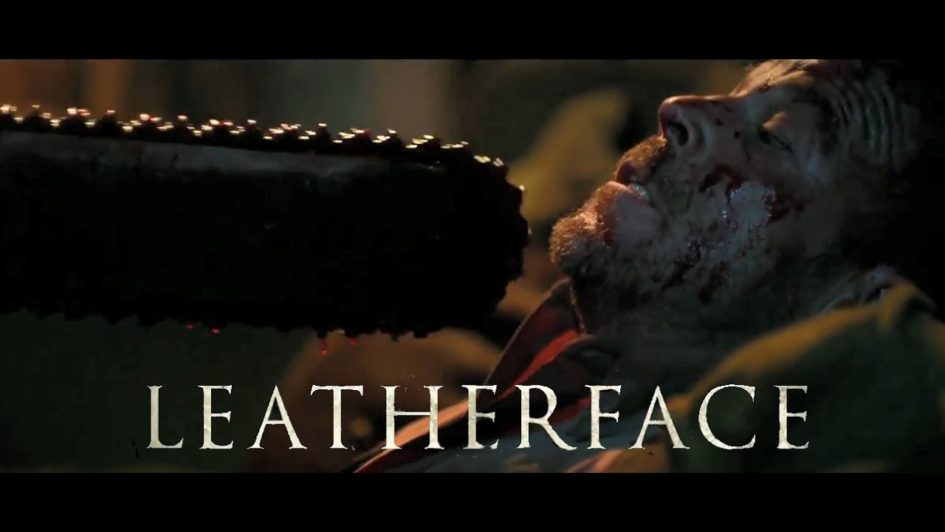 Welcome back folks to another edition of the critically acclaimed (if only by myself) #HauntLife blog. This week, I am going to look into the recent release of the film Leatherface, a prequel of the 1974 The Texas Chainsaw Massacre, starring Stephen Dorff, Sam Strike, Vanessa Grasse and Lili Taylor.

Oh, Leatherface. One of my all-time favorite serial killers. His childlike charm and hideous looks were the stuff of nightmares for me as a kid. Whether it was the late great Gunnar Hansen, Andrew Bryniarski, R.A. Mihailoff or Dan Yeager, my love for this character rivals that only of the other members of the Killer Quarter (Freddy, Jason, and Michael).

My daughter has even grown to like the character, if only in his stuffed doll and mini-figure forms. She still is not a fan of the hulking, brooding giant of a man complete with revving chainsaw. But she does love it when daddy plays the video game Dead by Daylight and chooses The Cannibal to play (for those who don’t know, The Cannibal is the code name for Leatherface in the game).

This film is a telling of the events that led up to the original TCM film. The film opens with the Sawyer family celebrating the birthday of the youngest child, Jedidiah. As part of the festivities, a man who the family believed stole from them was tied up, awaiting punishment for his accused crimes. Verna, Jedidiah’s mother, presents him with a chainsaw to use to murder the man, but Jedidiah refuses to do it, in which case Grandpa steps in an kills the victim.

Even though Jedidiah would not kill, he did help his family commit murders. He helped lure Betty Hartman, daughter of the town’s sheriff, to a barn where his family waited to end her life. When her body is discovered, Sheriff Hartman has Jedidiah removed from Verna’s custody and has him institutionalized as revenge for taking his daughter.

Several year pass. Jedidiah was renamed Jackson and was confined to the Gorman House Reformatory. Elizabeth is a new young nurse working at the home about the same time that Verna was able to get a court order to see her son. The director of the house, however, refuses to let her see him. In a fit of anger, Verna breaks into the facility, leading to a riot. Elizabeth is almost attacked, but Jackson saves her. As they made their way outside, they are kidnapped by Ike and Clarice, a psychopathic couple. Along with Bud, another inmate, they made their escape.

After a murderous rampage at a local diner, the group found an abandoned home to spend the night. Elizabeth tried to escape, but was recaptured by Ike, who berates Bud for not being a good lookout. After everyone had gone back to sleep, Bud murdered Ike in a fit of rage. Upon finding out Bud had killed Ike, Jackson and Elizabeth sneak away with him to avoid the wrath of Clarice.

The next morning, the police arrive at the abandoned home and find Clarice. Sheriff Hartman interrogated her to find the others, knowing that Jedidiah is one of them. But Clarice goads Hartman and mocks his daughter’s murder, leading to Hartman putting a bullet in her head.

As the trio of Jackson, Elizabeth and Bud made their way through the backwoods, Elizabeth flags down a police officer. Bud races up to stop the officer, but is killed in self defense. Jackson, driven mad by Bud’s death, brutally beats the officer to death. He forced Elizabeth to take the officer’s car and try to make a getaway.

Soon, they are pursued by Sheriff Hartman. He opened fire on their vehicle. One of the shots hits Jackson in the face, ripping his skin from cheek to cheek, leaving the skin hanging from his face. Horrified by the scene that unfolded in front of her, Elizabeth lost control of the vehicle and crashed.

Once she came to, Elizabeth found herself handcuffed in the sheriff’s cruiser. She answers a call from Deputy Sorells, one of Hartman’s men. She explains what is going on, leading Sorells to visit the Sawyers, informing them of Jedidiah’s predicament. Rather than rewarding him for his help in finding her son, Verna has the Sawyer men kill Sorells and feed his body to the pigs.

The Sawyer family arrives at the barn where Elizabeth and Jedidiah are being held hostage. They easily subdue the sheriff and bring him back to their home. After stitching Jedidiah’s face back together, Verna presents him with the chainsaw from his childhood, which he quickly uses to butcher Sheriff Hartman. Terrified, Elizabeth breaks free and runs into the woods, the family in hot pursuit.

After a short chase, Elizabeth is caught in a bear trap. Jedidiah closes in on her quickly, and she begs him to find the goodness in his heart that she knows is there. Jedidiah hesitates and begins to lower his guard, but Elizabeth makes a derogatory remark about his mother. Enraged, Jedidiah decapitates her with a swift strike of his chainsaw, ending her life.

As the film closes, Verna is seen burning the evidence, while the rest of the Sawyer men are feeding the bodies to the pigs. But deep inside the house, Jedidiah begins working on his first mask: Elizabeth.

I have to say I am mixed on this film. I want to like it. From what I gather, this is based on some of the thoughts that the original Leatherface, Gunnar Hansen, said he used as motivation for the character. But there are things in this film that just don’t work for me.

I am fine with the fact that Leatherface starts off as this meek child and somewhat normal teenager. It shows that the mind is fragile and can be crushed, leading to someone becoming a deranged killer. But how Jedidiah completely lost his grip on reality seems so weak in this film. The only person who was close to him in some way was Bud, but it was not a close relationship from what was shown in the film. Why his death sparked the murderous streak in Jedidiah is completely lost on me. It made no sense.

I also found myself questioning the bullet hit that ripped his face apart. The sheriff was firing what looked like a 9 mm handgun. The bullet would not have ripped through his face and severed both the left and right side of his face, but left his teeth in perfect condition. When I was working on special fx, I would look at pictures of real-life injuries, including bullet wounds. The shot, even from a .45, would not have caused this massive amount of damage, but only to his facial tissue. They could have at least shown damage to his teeth, but while Verna is sewing him up, you can see his pearly whites shining through. Just did not feel real in any form or fashion.

I also felt like I was watching a remake of the Rob Zombie film, The Devil’s Rejects. The Sawyer family behaved very much like how I would picture the Fireflys, just substitute Otis with Jedidiah and you have a new film. BOOM! If Rob Zombie would like to put me on his creative staff, my rates are very, VERY reasonable.

I have to give this film three out of five stars. It was not a bad film, but it had a lot to live up to, as it was supposed to be the definitive prequel to the original film and not a retelling. But it fell short on those goals by not giving us a clear understanding of what it took to break Jedidiah’s mind. Still, the film was decent enough to watch and follow along.