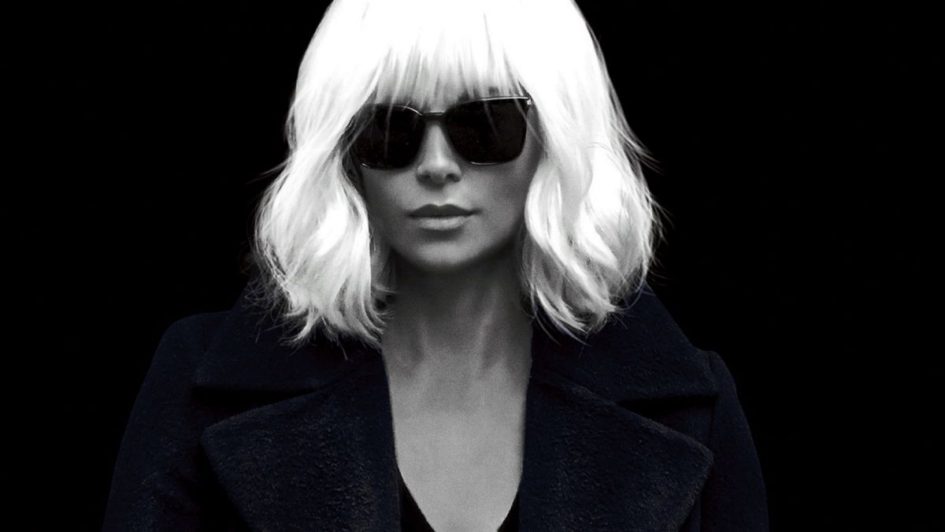 Atomic Blonde is based on The Coldest City, a graphic novel written by Antony Johnston. The film is pulpy and retro, basically exactly what you would expect from a graphic novel adaption. It opens with a clip of Reagan, neon lighting permeates half of the film and ’80s music dominates the soundtrack.

Charlize Theron plays MI6 agent Lorraine Broughton. She is sent to Berlin to get some sensitive information days before the Berlin Wall is to come down. Not to mention there is one more defector with all kinds of vital information that needs to be rescued. Plus, there is a tricky double agent problem than needs to be sniffed out,  just to make things just a bit more complicated. Things obviously go… awry, and you know this pretty quickly as she is telling her story, battered and bruised, to two questioning agents — one of which is the always amazing John Goodman. Atomic Blonde was directed by David Leitch, the same guy who directed John Wick. So, yes, the fight scenes are good. Not only are they spectacular, but they are filmed perfectly. If there is one thing Leitch knows how to do, it’s film a fight scene. Quite frankly, it’s worth watching the film just for the fight scenes alone. I have no doubt that this film will be used as reference for how it’s done, and done right in film schools for the next decade. Yes, it’s that good.

One of the interesting aspects of this film is when people get injured, they don’t magically recover. Theron and other cast members show their battle wounds throughout the film. If you take a hit in one scene, you have a bruise in the next. To her credit, Theron always manages to look amazingly cool in this film… even with a black eye. Theron makes what would be just a good movie a great one with her effortlessly cool vibe. Always dressed in a low-key glamorous style, smoking endless cigarettes and drinking copious amounts of vodka, her character is quite mysterious. That’s part of the attraction, though. You’re never quite sure if the story she is telling is the truth or if her story is all part of a game. In my opinion, it makes her a much more interesting character to watch on screen than even James Bond. With Bond, you know where you stand all the time. With Theron’s character, Lorraine, you don’t.

Now, I do want to say if you just want to see a movie with the blazingly hot Theron dispatching wave upon wave of bad guys, you might be slightly disappointed to find out there is an actual story here. Atomic Blonde takes itself a tad more seriously than, say, John Wick. Atomic Blonde is a somewhat complicated Cold War espionage film with double crosses and double, make that triple agents. I know what you are thinking: “Hey, I saw James Bond, I get it.” No, you really don’t and the fact that you think you do will make the ending that much better. Yes, you will have to sit through some rather tedious scenes here and there to understand everything going on. At the end of the film, I immediately wanted to watch it again, and pay just a tad more attention to some of the less action-oriented scenes. Basically, Atomic Blonde is a smart person’s action film and I’m not sure if everyone will be able to keep up with the plot.