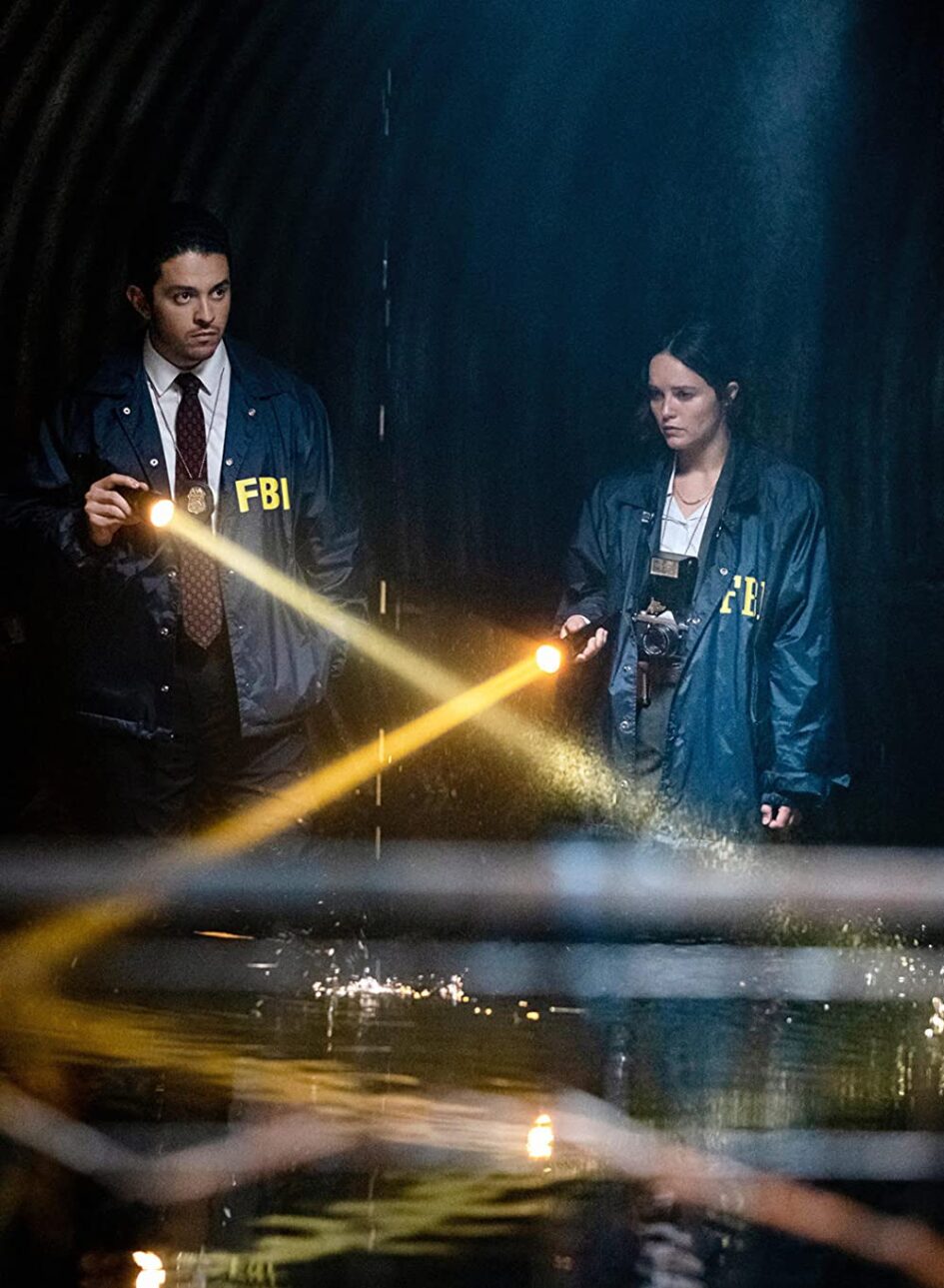 Per Matt
Brought to the small screen as a sequel series to The Silence of the Lambs, Clarice fills the procedural void that C.S.I. popularized for 15 seasons (including its many spin-offs) on CBS. But this show isn’t a one-trick pony. It delves into the psychological horror of a tortured hero who sometimes takes shortcuts to catch criminals; who sometimes is unable to differentiate between her horrific flashbacks and real life. She’s constantly battling herself, her superiors and her coworkers. They may not personally understand her and it seems that American viewers may not, either.

Combining crime, drama and mystery genres, Clarice takes place one year after the events of Lambs. Isolated in a governmental basement pushing papers, her PTSD is an ongoing problem. Paying the price for the terror that Buffalo Bill brought this young agent has been long lasting, as she never knows when the traumatic sense of hopelessness will return to her life. Combined with the pain from losing her father at a young age, she’s a mess. Adding the attorney general into the scenario who owes her a favor, she’s inserted into the all-boys club at the VICAP task force, where she isn’t exactly received with open arms.

The viewer is presented with complicated characters dealing with a complex storyline, which takes a little time to fully develop. It’s clear that desperate people are dangerous and through five episodes, it’s still unclear who’s the Big Bad here. There’s a variety of suspects, as Clarice Starling (played by Australian Rebecca Reeds with an impressive West Virginian accent) constantly butts heads with her immediate superior at VICAP, while battling her inner demons, her coworkers and even her roommate. Not many people seem to be on her side, yet she continues fighting on behalf of the many victims (with the support of the Attorney General), fighting the system (dealing with racism), in-fighting with other governmental agencies and fighting for her life multiple times (battling violent suspects), while building a mythology for the show.

At first the direction of the series feels like a slow burn, but once you get past all the bickering, you realize there’s a lot going on here. Is the show dealing with multiple serial killers or not? How many government coverups will it take for someone to believe in Starling’s conspiracy theory, which somehow deals with Big Pharmacy trials? And who will ultimately pay the price for all of the wrongdoings?

“Sometimes remembering old wounds can feel like a warm bath…”

Unfortunately, the serialized storytelling takes some time getting used to and the main characters aren’t exactly developed fast enough to immediately spark an interest, but if you can somehow survive to the fifth episode, you’ll like what you see. My favorite supporting character finally gets something to do other than scold Starling, as Michael Cudlitz (Sgt. Abraham Ford of The Walking Dead) receives a backstory. As Paul Krendler, Cudlitz is a recovering alcoholic, tough on everybody, including himself. But clashes with upper management may not allow Krendler to continue his career, if these connected cases aren’t quickly resolved.

Based on the characters in Thomas Harris’ four novels, Series Creators Alex Kurtzman and Jenny Lumet have plenty of background information to work with. Unfortunately, politics creeps into the show (both racial, social and workplace), which I’m not really a fan of. While not the main emphasis of the show, they bring real-world elements into this fictionalized story.

Clarice constantly relives painful memories, so there’s plenty of flashbacks that seem to fill in her upbringing, while updating the status of her mental health. She’s currently looking for a new psychologist, so there’s sure to be more upcoming secrets revealed. If you haven’t watched the first five episodes already, they’re easily bingeable on streaming service Paramount+ as well as Video On Demand. Four million people watched the first couple of episodes, but that audience has currently dwindled to three million viewers. It’s totally possible those people expected a cut-and-paste procedural, which this show is absolutely not. The characters may have taken a little longer than usual to develop, but this series is dealing with a complicated build-up, and it seems to have finally hit its stride.

Clarice needs a larger audience and deserves to complete its first season, so please check out one of my favorite new series of 2020. The next new episode airs on Thursday, April 1, which seems to have uncovered a mole within the department and supposedly a character has found where the brother of Buffalo Bill lives…

Make sure to check it out. There’s plenty of time to binge-watch all of the build-up.