Cold Crashing The Walking Dead in “The Storm” 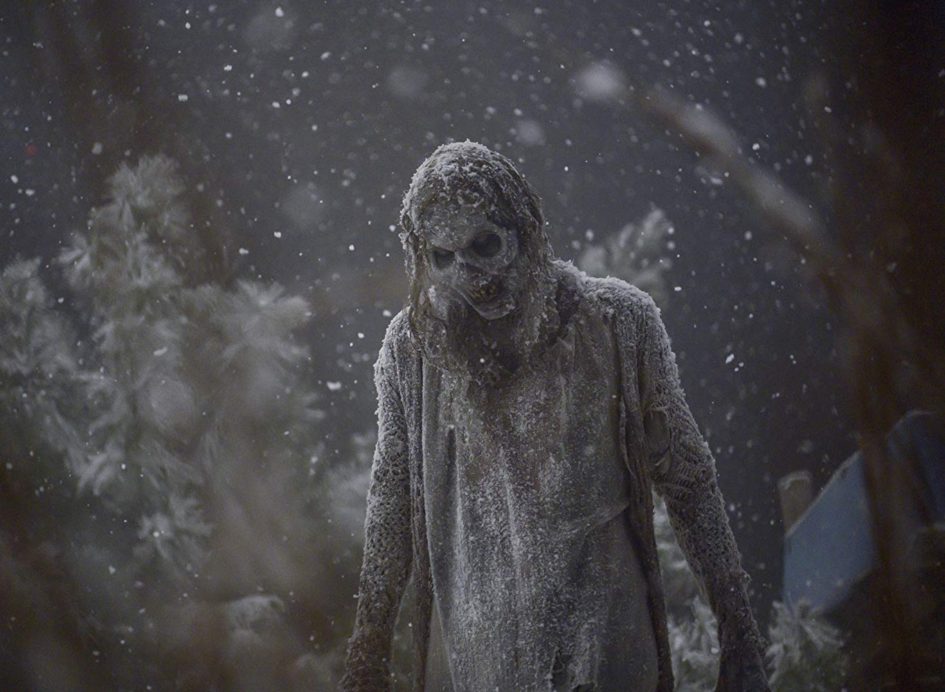 The Walking Dead deals with a killer winter in the Season 9 finale, "The Storm."

Winter has fallen onto The Walking Dead. As harsh weather has rendered The Kingdom unlivable, its inhabitants retreat to Hilltop for survival, fighting an unstoppable storm and fears of an enemy attack in difficult conditions. Nature has divided the four groups within only a few breaths of uniting against The Whisperers. This is the state of survival horror in the season finale, “The Storm.”

For the first time in nine years, freezing ice and snow has finally been shown in the series. For some reason, all the writers, filmmakers and showrunners involved in the show throughout the years could never seem to work it into a storyline — which makes NO sense whatsoever — and the situation has provided even more dangers for our survivors. Supplies are low, conditions are bad and our crew attempts to just stay alive somehow a little longer than the cold front that happens to be centralized in the show’s primary locations.

After all these years of introducing so many characters, Season 9 has finally brought a large enough life-changing event that can partially thin the group. The four communities (Hilltop, Kingdom, Alexandria, Oceanside) all joined forces for a “mutual protection pact,” just in time for a major strike by The Whisperers and 10 characters were killed off, including some recently introduced Highwaymen, Enid, Tara and Henry — and I’ve been expecting many more for several years, now, as the show simply has WAY too many characters to be considered important for moving the primary storyline forward and many simply feel unnecessary and unused. I guess there’s still time next season…

The Highwaymen made their first appearance, Negan has an unhealthy relationship with Lil Ass Kicker, everyone’s seemingly getting knocked up (must be something in the water), Beta can definitely take a punch, the royal couple has called it quits, icicles are killer weapons, Lydia’s got an unbearable guilt, Daryl misses Rick’s leadership, Henry is still the most annoying character and Michonne’s very lonely, still processing her emotional trauma.

“The world is just shit sometimes… and you live with it.”

Should you watch the last three episodes of the season, you’ll notice a drastic change in the quality of storytelling. While not a fan of the flashback storyline structure of “Scars,” I’m not sure if Director Millicent Shelton or writers Corey Reed and Vivian Tse should receive the most blame, but the episode did not clearly tell the story as it could have been. The episode just felt like it was trying to mimic Quentin Tarantino too much, trying to fill in the six-year time jump, but slowing the progress of the series due to the technical aspects. At times, it was difficult to determine which portions were flashbacks and which were current-day happenings.

As bad as that storyline structure, the following episode, “The Calm Before” was a million times better. It detailed the trade fair between the four communities and wrapped with a killer cliffhanger. This was followed with an entire episode (except for the last few seconds) without The Whisperers, which was odd for a season finale (and anticlimactic), but mostly dealt with the harsh living conditions of these characters. On one hand, it was nice to not engage another cliffhanging battle before wrapping the season, and on the other, it was a really emotional episode nonetheless, as the characters finally got a chance to react and grieve after losing 10 characters at the end of the previous episode. The season finale was more about unifying separate groups to fight a common goal (the elements) in order to survive than to fight against another human group (but that will seemingly take place next season). That’s three back-to-back episodes of varying qualities, which is a pretty good summary of Season 9, as a whole.

And the final reveal was more of a teaser, as we hear an unknown character out there with a radio, trying to communicate… is this Maggie? Or possibly someone even more deadly?

Season 9 involved more drama than what one can usually expect for 16 episodes. While the emotional leader, Rick Grimes, was written out of the show with grace, his opposition force, Maggie, received much less with her short storyline. In fact, not much is still known about the character, as actor Lauren Cohan unsuccessfully fought for a larger contract and walked when she didn’t receive one. Maybe she’ll briefly return. Maybe not. It’s still up in the air. Then there was the mid-season introduction of The Whisperers as the new Big Bad and even briefer, the quick appearance (and disappearance) of The Highwaymen in the overall scheme of things.

This season, the episodes seem to be more character-centric and community-focused, while very slowly building to a killer crescendo. The overall storyline has been pretty slow, but not as bad as Season 2 (nothing really happened that year). It’ll be interesting to see how The Whisperers use their walker “guardians” next. At last glance, those sickos were being used as a mega herd, protecting the so-called boundaries of the bad guys. Let’s hope they can figure out how to use the undead to move the upcoming storyline forward.