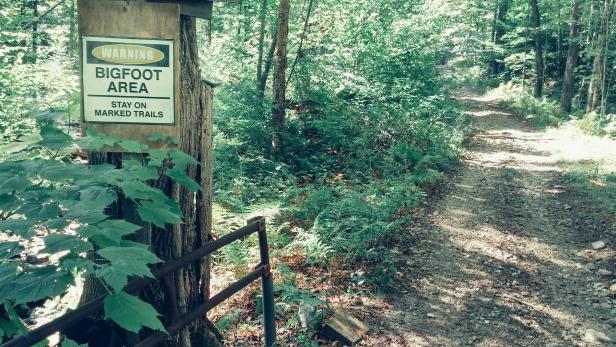 The reality of classic nightmare creatures living among us has been discussed, debated and in a variety of ways attempted to be proven real by paranormal investigators. The fear of the unknown has sparked different beliefs throughout the years that have resulted in tall tales and urban legends, but in every documented case of strange phenomena lies a basis of truth. It is this belief that the Travel Channel explores in the new TV series, In Search of Monsters.

Dark secrets, cryptids and unknown phenomena have always interested me. From late-night cable movies, to cheap VHS documentaries, to odd Youtube videos to random Redbox movies and multiple pop-culture references, there’s got to be some reality to these unsolved mysteries. In today’s media environment, there’s hundreds of cable, satellite and streaming channels that have all sought your attention regarding this strange creature. Is the truth really out there?

Does Bigfoot really exist? Has it been hiding in plain sight all this time in dark forests and urban legends? Thousands of people have claimed to witness the mysterious creature (or creatures), although no strong evidence remains, leading many to believe this shadow creature is nothing but a tall tale.

In the hour-long pilot, “Bigfoot” historic recreations and recent eyewitness accounts throughout the years provide oral histories of past encounters that seem on the surface like something strange may be out there. Some of the most intriguing stories involve Native American tribes, which have known about the beast for centuries. The Bigfoot name was coined in 1958, but it’s also known as Oh Man Bukwas, Skookum, Arulataq and Sasquatch.

What differentiates this show from Destination Truth, Expedition Unknown and Finding Bigfoot? It’s all in the presentation. But the only on-camera investigation in this episode was actually low key. A molecular biologist and a geneticist accompanied an eyewitness who claimed to have spotted the creature in a Pacific Northwest forest not long ago. Collecting environmental samples (or e-DNA) is a new form of scientific evidence collection that may one day prove traces of an unknown primate strand can be found in a high-traffic environment. Unfortunately, the collected scientific evidence was inconclusive, much like everything else in shows like this.

The latter half of the show explored possible conspiracy theories that might explain Bigfoot’s background as a hominid, a primitive unevolved ape creature that lives in underground caverns, an ancient ancestor of Gigantopithecus thought to be extinct centuries ago and even an extraterrestrial humanoid creature. For a show that’s produced by Prometheus Entertainment (The Curse of Oak Island, Ancient Aliens and The Curse of Civil War Gold), that seems like par for the course, but it’s enjoyable summertime entertainment.

So, is Bigfoot an animal-like human or a human-like animal? Is it possible that mainstream anthropologists might have actually misidentified previously discovered evidence of the creature? We may never know, but I tend to enjoy the investigative process.

Part of a paranormal programming block on the Travel Channel, In Search of Monsters will explore The Loch Ness Monster and the Mothman in future episodes. As long as there’s tall tales, I’ll be interested in debunking myths and learning more about the truth behind many more monster stories.