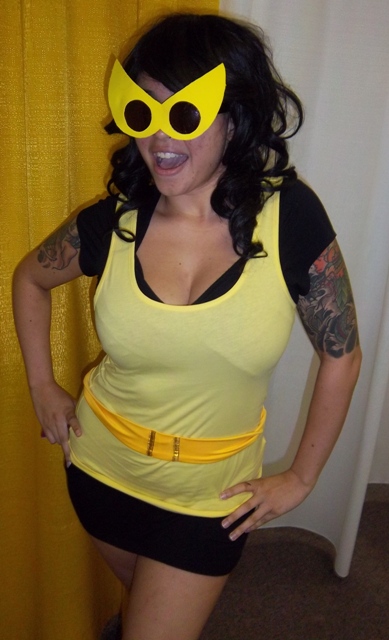 Per Matt
Envy Us is not your typical cosplayer.

While she does enjoy having a few nerdy hobbies, she also works as a model for Cosplay Deviants. Envy Us discusses participating in Dragon Con, working as a cosplayer and her previous job: wrestling alligators!

Tell me a little about yourself.
– “I work for Cosplay Deviants. I’m a cosplay model. I’ve been with the company for about three years and I love undressing the art of dress up.”

How did you get into cosplaying?
– “I started when I was 16. I went to a convention with an ex-boyfriend of mine and he was into cosplay. I made a very-terrible female-version of Kiba from Naruto. Ever since then, it’s just been building up and getting much better, thank goodness.”

How are you liking Dragon Con?
– “This is my third one. I LOVE Dragon Con so much… it’s SO much convention. Really, if I had to choose one convention to come to, it would be Dragon Con. Every year.”

What have you been up to this weekend?
– “Well, working the booth, which is always so much fun because we always have people who know us or are interested in us. So, we get to talk and be ourselves. Aside from that, I hung around the Marriott a bit. I got to check out the dealer room. I didn’t go to any panels this year, but that’s not too bad, especially since you walk around and see lots of celebrities, anyway. Aside from that, I got to see a little bit of the parade.”

What are some of your Dragon Con cosplayed characters?
– “This weekend, I was dressed up as Velma Dinkley from Scooby-Doo, as Selena Kyle — who is Catwoman — the Adam Hughes version, and Sasha Braus from Attack on Titan. Today, I am female Henchman 21, from Venture Bros.”

What keeps you occupied when you’re not modeling for Cosplay Deviants?
– “I have a boring, regular-person job. I sell video games at a video game store. Before that, I used to work at an Everglades gator pit. I used to wrestle gators.” 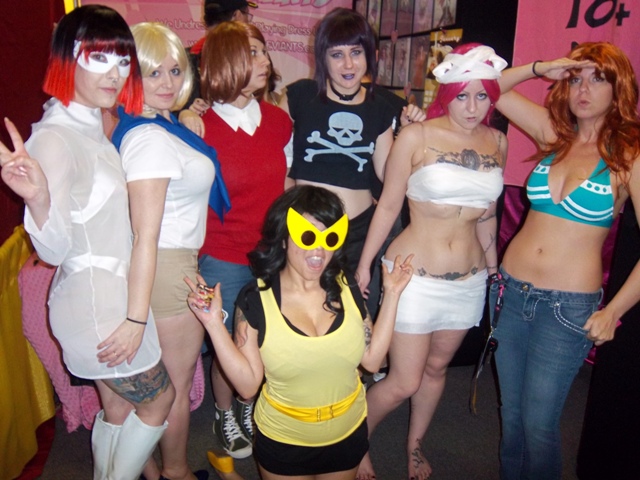 Tell me a little about wrestling gators.
– “It’s sort of like an animal with a bear trap for a mouth. Just don’t touch the sides and you’ll be fine.”

Do you have any war stories from wrestling them?
– “The war stories, actually, were never from the gators; they were from the people. I had a gentleman who came off a cruise ship, and as one of the precautions for air-boat rides, we had to take a picture of them. He was not so nice and he’s like, ‘I don’t want my picture taken,’ and he decided to spit in my face. Considering that, I did not work there anymore.”

What conventions are you going to next?
– “This, I think, might be it for me. I might go to a couple of smaller South Florida cons, but this might be the end of my con season, at least for this year.”

Anything else you’d like to add?
– “If you do get the chance, check out CosplayDeviants.com. All the models are so much better than you think we are. We’re all genuine cosplayers before being booth-babe models. We’re standard nerds and we love to have fun. You should join in and be part of our lovely, little community.”