Cosplayer of the Month: Kimberly Dunaway 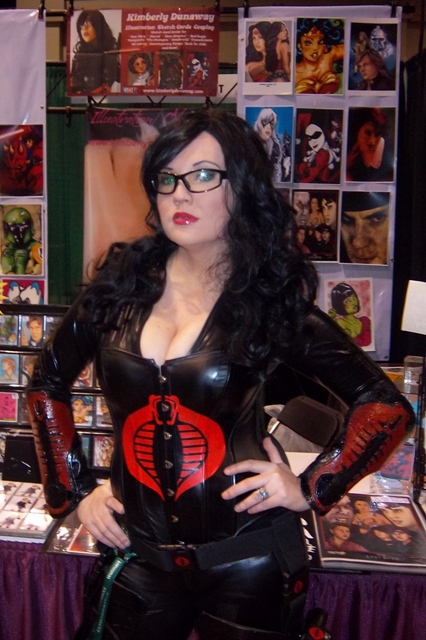 Per Matt
Kimberly Dunaway is a true artist.

When she’s not creating stickers, drawing sketches or screen-printing t-shirts, she’s designing costumes. And somehow, she integrates each one into her cosplay characters. At ScareFest, Kimberly offers advice to beginner cosplayers, gets a little scary with her favorite TV shows and previews a couple of upcoming costumes!

How did you get your start as a cosplayer?
– “I’d actually done it for a long time. I’ve always had a thing for movie costumes and dress ups, since I was in high school, when I was making Princess Leia costumes. But when I started to get into the comic industry and drawing those characters, it was fun to do that, too. It kind of draws a little more attention to you, when you’re at shows.”

What was your first cosplay costume?
– “The first one I think I did for conventions was probably Black Cat, from Spider-Man. That seems to be my staple costume that everyone reacts to.”

What kind of advice would you give to beginning cosplayers?
– “Cosplay as what you love! Have fun with it! That is what it’s about. After hearing other cosplayers say, ‘People shouldn’t dress as things out of their body style,’ I would have to disagree. There is always going to be someone critical of others, if they are large or small, tall or short. Who cares! My only cautionary is just how provocative the costumes should go. Remember: kids are at the shows and I don’t go too far as to have worry about what they see. Keep it classy!”

How long have you been attending ScareFest?
– “This is the first year I’ve done the show. It’s been a fun crowd. I like the people here. The crowd’s good, there’s a lot of cosplay stuff, too… a lot more horror cosplay than I’m used to. It’s been a good show.” 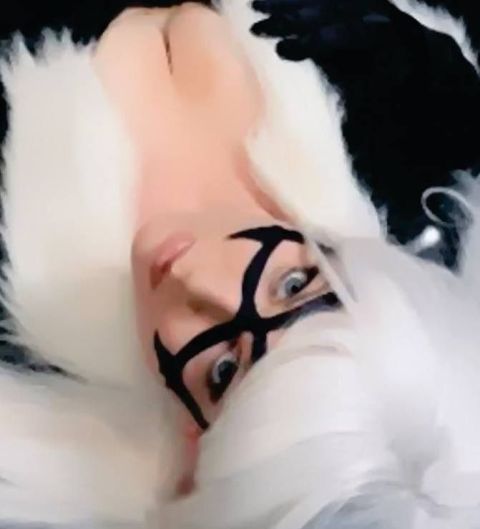 That’s a great Baroness costume. I’m guessing you’re a G.I. Joe fan?
– “Oh, yeah. I’m pulling Baronness, today. I was thinking Black Cat or Baroness… but at a horror show, I kind of had to go a little more to the Dark Side, than the vampy comic-book side.”

What cosplay outfit are you most proud of?
– “I would have to say my Black Cat is my favorite, as it gets the most attention, but I am working on some new things too, including a Masters of the Universe and a few others, that are sure to be some of my favorites, as well.”

Tell me a little about Atomic Screens.
– “I have a screen-printing company called Atomic Screens. I do geek-themed and horror-themed custom t-shirts and stickers. I draw all of those things into my cosplay and my illustrations.”

What’s some of your best-selling items?
– “As far as stickers go, we sell a ton of World of Warcraft-themed stuff. We sell through a lot of Harry Potter and Star Wars items too. As far as t-shirts go, I make my own t-shirts, too. The best-selling t-shirt that I’ve had, so far, has been “The Original Mrs. Dixon” from The Walking Dead. And then, all of a sudden, I see that Walking Dead has come out with one, too. What’s up with that?” 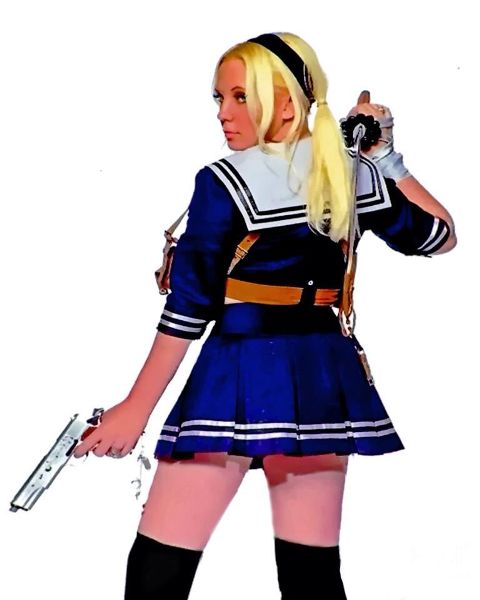 What are you currently geeking out to?
– “The only thing I can think of lately, is catching up on American Horror Story. Netflix, unfortunately, does not have Season Two, so I’m a little angry they took that off. The first season’s there. That, and of course, The Walking Dead. I’m ready for that to start up. I guess I’m looking forward to the new Spider-Man movie. Are they supposed to have Black Cat in that one? I’ve been told there’s some talk of her… I’m interested to see how that’s going to go.”

You’re based in Memphis. Do you attend many conventions there?
– “We have two conventions in Memphis: one in the Fall and one in the Spring. The Spring one is a little bit smaller, it’s MidSouthCon. It’s been going for, like, 30 or 35 years. The other one is our Memphis Comic and Fantasy Convention. We are actually going to be doing that one again, this year. It’s actually a big show, for the small amount of time they’ve actually been having that.”

Where will you be appearing next?
– “I have those two shows coming up and I’ll be appearing at Wizard World Nashville in October. I’ve got Albuquerque Comic Con in January and then I think I’ve got a couple of shows in between. Then, of course, Lexington Comic & Toy Convention in March. I’ll be everywhere.”

Is there anything else you’d like to add?
– “Right now I’ve got Star Wars art, American Horror Story and a couple of other card sets coming up, too. Go out there and buy card sets and sketches.”