Netherworld 2013: One of Atlanta’s Most Terrifying Haunts Chills To The Bone 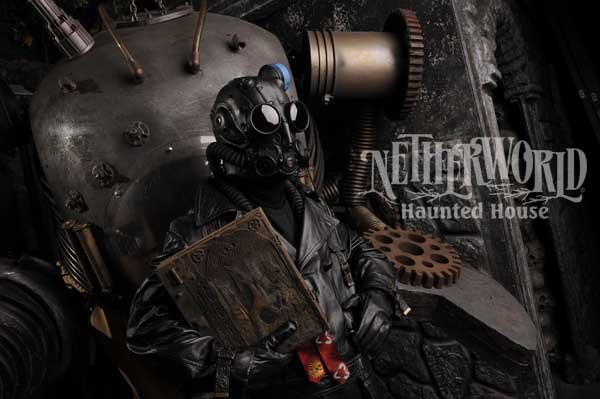 Friday the 13th always plagues people with superstitions, bad omens and general ominous bumps in the night. With so much bad luck and malevolence in the air, it is no wonder that Netherworld opened the doors for a limited number of unlucky visitors on Friday, September 13. Although Jason Voorhees (from the Friday the 13th franchise) never made an appearance, the scene was full of mangled bodies, cursed souls and killer demons.

In its 17th year of fear, Netherworld offers two new haunts with more terrifying monsters than are in your worst nightmares. The Dead Ones is the larger of the two haunts and features an unstoppable evil of twisted skeletal aberrations. Boogeyman is the smaller one, but it is a disgustingly disturbing haunt which packs in all of your deepest darkest fears. Each haunt has its own special repulsive twists. In The Dead Ones, you will walk through and witness the Temple of The Dead Ones, the White Worm, the Twisted Death Dancer, Roachzilla, the Prophecy of the Witches, Entombed with the Undead Giants and more. The Boogeyman’s Basement of Terrors features Childhood Nightmares, Hideous Clowns, Savage Brain Eaters, the Hall of Flesh, Medical Massacres and the Return of the Mangler, among other horrible scenes. 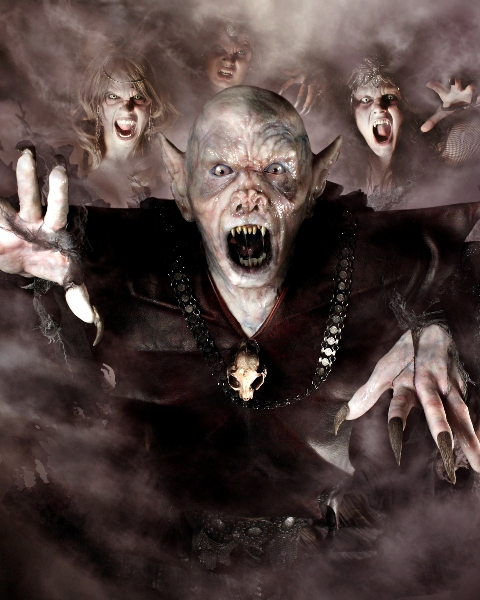 One of the reasons I enjoy Netherworld is that the haunt always seems to keep your senses off balance — from shaky floors to tight dark corridors to spinning rooms to creepy sounds — you are never quite at ease, in your own skin. To add to that internal chaos, then you have to ward off and flee from ghouls, beasts, and potential suitors (well, what did you expect me to say with so many handsome devils hissing and growling in my ear?). OK, so all joking aside, from the moment you step out of your car and join the line to either buy tickets or enter the attractions, Netherworld ghouls have you trapped in their realm of fear, terror and screams. 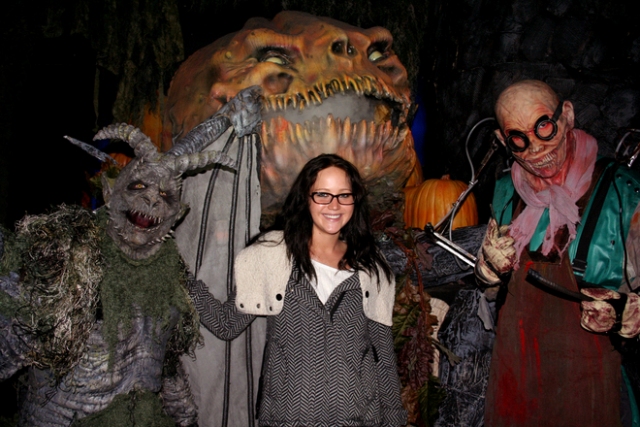 How good are the creature creators at Netherworld? Netherworld icon creature creator Bill “Splat” Johnson’s work has been featured in Halloween II, Zombieland, The Hunger Games: Catching Fire and The Walking Dead. Netherworld chief make-up artist and creature fabricator Roy Wooley was such a fan favorite on Season 3 of SyFy Channel’s Face Off that he got asked to compete again, this year, on Season 5.

Interested in seeing real-life movie props and set pieces? Netherworld has those too. The haunt has chainsaws from Zombieland, candelabras from Van Helsing and a complete basement set from the just-released Prisoners movie, featuring Hugh Jackman. 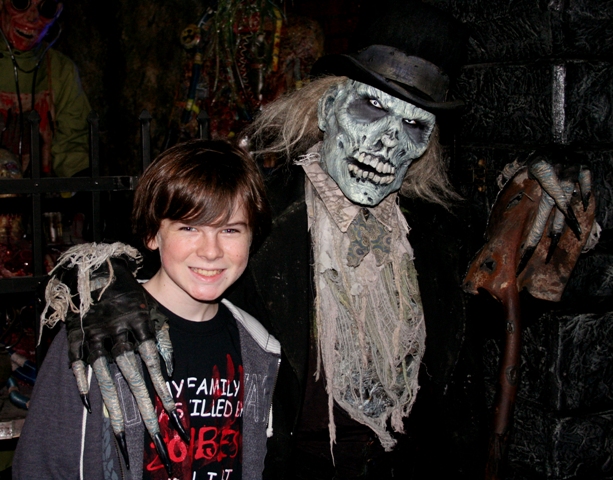 Another fun fact — Netherworld is longer than six football fields and is often visited by celebrities. Just think, you might be elbow to elbow and scream for scream with one of your favorite celebrities in this famous haunted house. Celebs who have visited Netherworld include Jennifer Lawrence (Katniss Everdeen in The Hunger Games, Josh Hutcherson (Peeta Mellark in The Hunger Games), CM Punk (a professional WWE wrestler), Chandler Riggs (Carl from The Walking Dead TV series), three-time Oscar-winning Makeup Artist Ve Neill, and Andre 3000 of Outkast, among others. 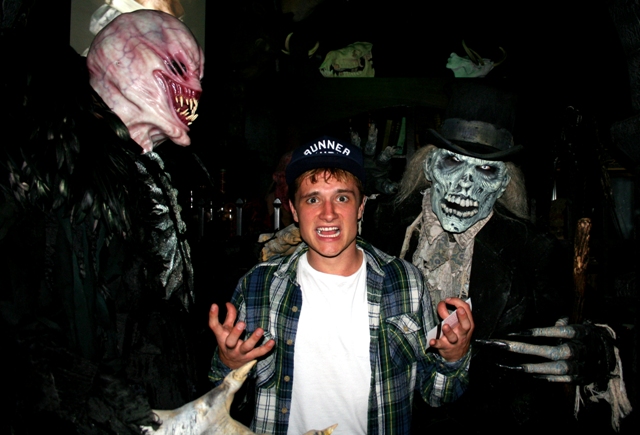 Netherworld has clawed its ugly, disgusting way to the top of the haunted-house industry and constantly receives accolades for its special effects, animatronics, actors, scares and gory universe. To test your luck, bravery or just get a good yell in, check out Netherworld before the dead disappear from Atlanta for another year. (P.S. Netherworld ghouls – I think you need to add White Zombie’s I’m your Boogieman to your outside musical repertoire. *wink*wink*)

Tickets can be bought online or in person at the haunted box office. You can see the main haunt, The Dead Ones for $22 per person ($25 on Fridays and Saturdays). For $28 person ($30 on Fridays and Saturdays), you can visit both The Dead Ones and Boogeyman. They sell Speedpasses online for select nights (most weekends and Halloween, but check the website for details). A Speedpass is $50 per ticket per person for both haunted houses, which allows you to enter the Speedpass line for both haunts. Check the website for the most up-to-date information and FAQs. 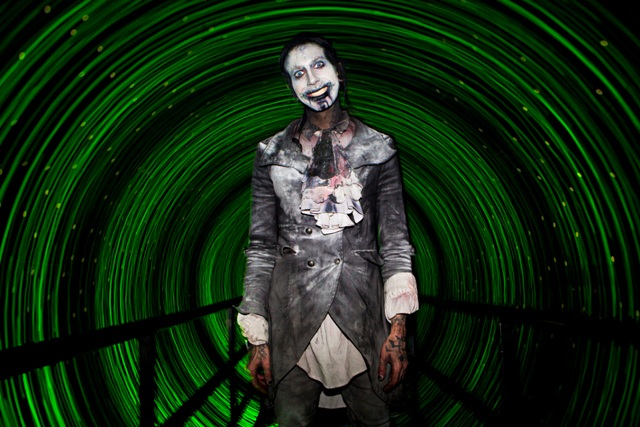