Cosplayer of the Month: Lisachu Cosplay 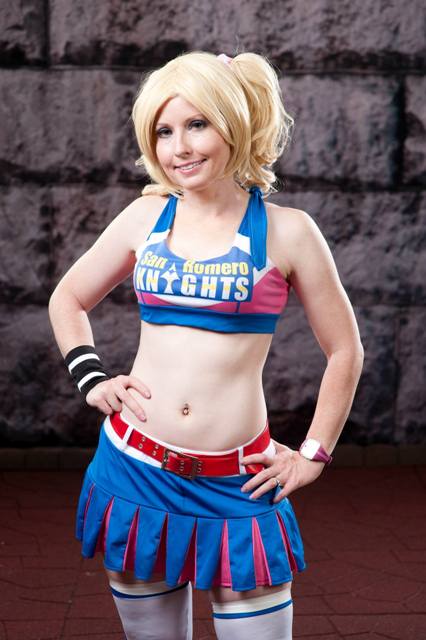 Photo courtesy of by Bryan Humphreys Mad Scientist with a Camera

Per Matt
While attending Dragon Con this year, I met a great cosplayer portraying Juliet Starling, from the video game Lollipop Chainsaw. After chatting with her, I discovered she lives in Alaska and 2014 marks the seventh year she has attended Dragon Con. Meet Lisachu Cosplay, our Cosplayer of the Month. In our interview, we discuss fighting Zombies, attending Dragon Con and cosplaying in Alaska.

How did you get introduced to cosplay?
– “I first learned of cosplay in 2001. I had recently moved to the United States from a tiny island in the Pacific, and I had seen a few pictures online of conventions and people attending, dressed up in costumes. In the past, I always loved making my own costumes for Halloween and usually used favorite video game characters, so I wanted to learn more about conventions and costuming.”

How long have you been cosplaying?
– “I made my first cosplay costume in 2003. My first costume was Keira from the video game Jak and Daxter. I wore it to Dragon Con 2003.”

You live in Alaska. Are there many live events and conventions happening there?
– “We have a convention called Senshi-Con that happens yearly in Anchorage, Alaska. It’s Alaska’s largest anime convention and it is a lot of fun! In addition to Senshi-Con, every few months cosplayers get together for meet ups and photoshoots. In June 2014, two organizations, Harland Productions and Geeks of the Last Frontier, held a cosplay picnic at a local park. Attendance was great! Within the last few years, it seems like more and more cosplay events are happening in Alaska!” 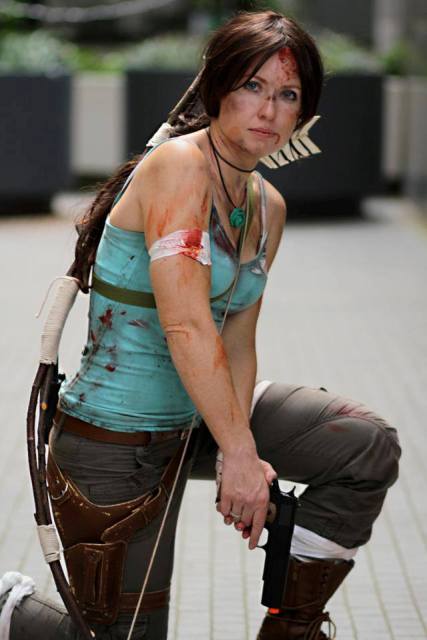 How many conventions do you regularly attend?
– “I always try to make it to Dragon Con and Senshi-Con. I would love to attend more, but traveling out of Alaska gets expensive!”

How long was your flight to Dragon Con?
– “My total travel time was about 12 hours, with two layovers. It was a long day!”

How was your Dragon Con? What were some of the highlights?
-“Dragon Con was amazing, as always! It is my favorite weekend of the year! Seeing my out-of-state friends at Dragon Con is always a big highlight for me, because I don’t get to visit with them any other time of year. I have been to Dragon Con seven times.”

What are some of your favorite Zombies?
– “I will pretty much watch, read, or play anything that has to do with Zombies. I love watching the campy Zombie movies that Netflix seems to have hundreds of. One of the first games I bought for my Playstation many, many years ago was Resident Evil 2. Lollipop Chainsaw was an extremely fun game. Who doesn’t love a chainsaw-wielding cheerleader Zombie slayer? I love to read horror and zombie books and comics, as well.”

What are some of your favorite Halloween activities you enjoy in Alaska?
– “For Halloween, it is often too cold to be outside for too long, but a lot of clubs downtown have Halloween parties that are pretty fun to attend. The town of Wasilla always has a pretty elaborate Haunted House. I hope to be able to visit it this year.” 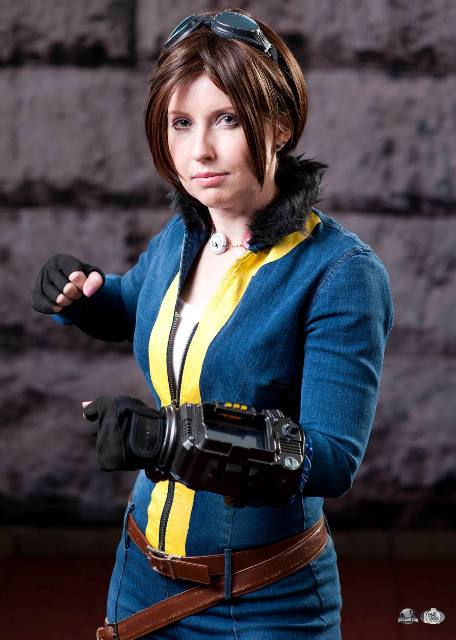 What kind of advice would you give to beginner cosplayers?
– “Don’t give up or get discouraged! I’ve had costumes where I’ve spent a lot of hours just making one piece of it and ended up having to trash the whole thing and start over. Always remember to have fun!”

What are you currently geeking out to?
– “Guardians of the Galaxy! I absolutely loved that movie and after watching it decided to pick up the comics, so I could read more.”

Are you a gamer?
– “I am a gamer. I enjoy a lot of games, some of my favorites are the Fallout series, Resident Evil series, Silent Hill series, Skyrim and Tomb Raider.”

What upcoming events or conventions do you plan on attending?
– “I will be attending Senshi-Con 2014, then I most likely won’t attend another convention until Dragon Con 2015.”