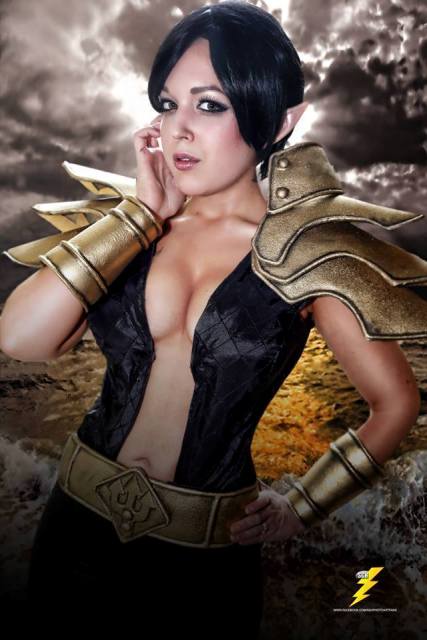 Per Matt
She’s an artist, a sculptor and a seamstress… but Nicole Marie Jean is also our Cosplayer of the Month.

At the Lexington Toy & Comic Convention, I visited with Nicole to discuss some of her creations, her nonstop schedule and debate the merits of comic-book movies.

How did you get started with cosplay?
– “I went to my first convention in Manchester, New Hampshire in 2010 and that’s where I discovered cosplay. I’ve always been into comics and video games and didn’t know that whole world existed. I’m an artist, so to put the two loves together — the comic books and the art — was definitely appealing to me. I got into cosplay the next year, in 2011, and I’m like an addict now. I’m going to therapy for cosplay addiction. (laughs)”

What was your first costume?
– “Baby Doll, from Sucker Punch.”

Since then, how many costumes have you created?
– “I’ve created 46 costumes in two-and-a-half years. I’m a busy girl.”

Which costume are you most known for?
– “Lady Bane. I created that costume in November of 2012 and it kind of went viral.” 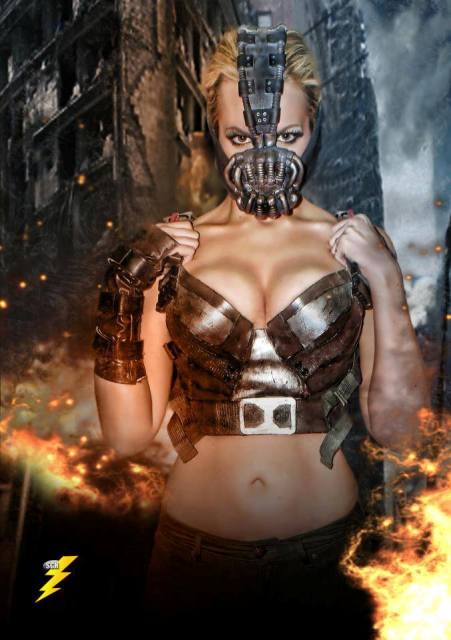 What kind of advice would you give to beginner cosplayers?
– “I tell people to just jump right in. I wanted to get into cosplay, so I just bought a sewing machine. It’s a lot of experimenting; trial and error. Nobody wakes up knowing how to make armor or knowing how to sew a ball gown. You’ve got to get your hands dirty.”

I’ve heard some cosplayers get together to have sewing sessions. Have you done that before?
– “I go full hermit. I don’t shower for days, stay in my pajamas, surrounded by cats and fabric, so nobody wants to join in on that. It’s not pretty (laughs). Actually, I focus on my work so much, if I did it as a group, I would probably get distracted. It’s my alone time… with my cats.”

As an artist, what are some of your creations?
– “I sculpt, I paint, I draw. Now I’m a seamstress, I make armor, I make scale mail… all kinds of art.” 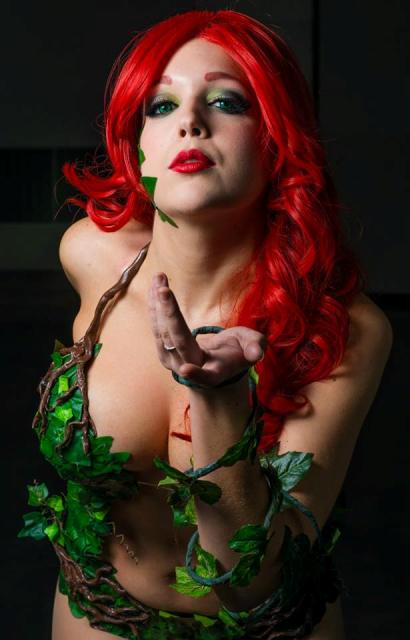 Do you take commissions?
– “Not for costumes, because it takes so long. I’m already in crunch time with my own costumes, but I do sculpting commissions for geek-related items, like necklaces or small sculptures.”

What are you currently geeking out to?
– “I would like to say video games. I would like to say this and that. My life, right now, is cosplay. On flights, I like to read comic books. People keep giving me stacks of Namor. I’m mostly into Marvel. I like The X-Men.”

If you had to choose, which is better: DC’s Comic Universe or Marvel’s Cinematic Universe?
– “I don’t like comic-book movies because they stray away from comic books. I like them for entertainment purposes, but I love certain characters like The X-Men. The movies butcher them. If I had to choose, I’d have to say DC comics, because they’re loyal to the characters.” 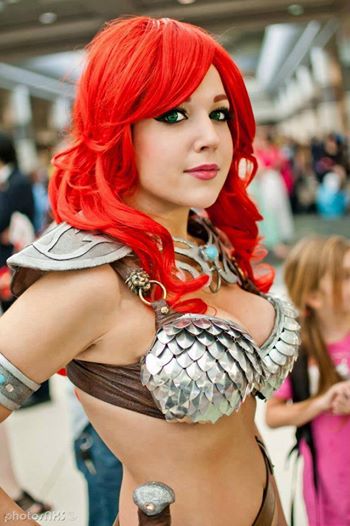 Do you attend a lot of conventions there?
– “In the spring and the summer, other than that, I’m mostly away from New England, travelling everywhere.”