Cosplayer of the Month: Shay Gilbert 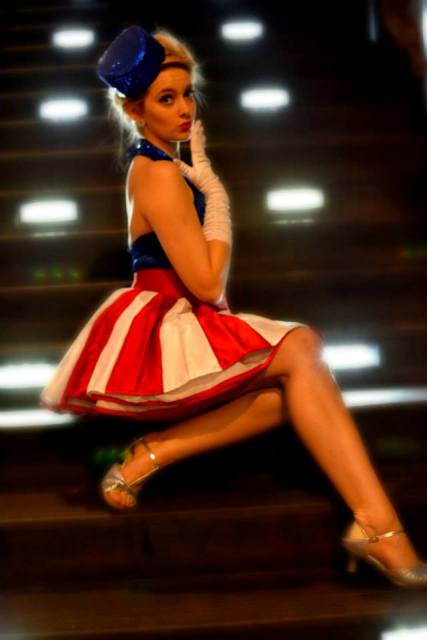 Per Matt
She’s a superhero! She’s a rock star! She’s Shay Gilbert, our Cosplayer of the Month, who has plenty of patriotic spirit! In our interview, we discuss creating costumes for a variety of genres, as well describing the time when Brian Kesinger complimented her steampunk costume (of a character he created).

How did you get introduced to cosplay?
– “I got my start through Halloween costumes. I could never find the characters I wanted to be in the stores, so I would get my Mom to help me make my own.”

What interests you the most about cosplay?
– “I love the creativity that people put into their work to make it their own, whether it’s a custom-made weapon or hand-dyed fabric to exactly match the character. Even genderbends and fan-art interpretations are incredibly creative processes I love to see in cosplay.”

What was your very first cosplay costume?
– “Well, I made a Sailor Venus costume in the 5th grade for Halloween (no one had a clue who I was), but my first convention costume was Radical Edward from Cowboy Bebop.”

How many costumes have you created since then?
– “I’ve never kept count, but I would guess at least 50.” 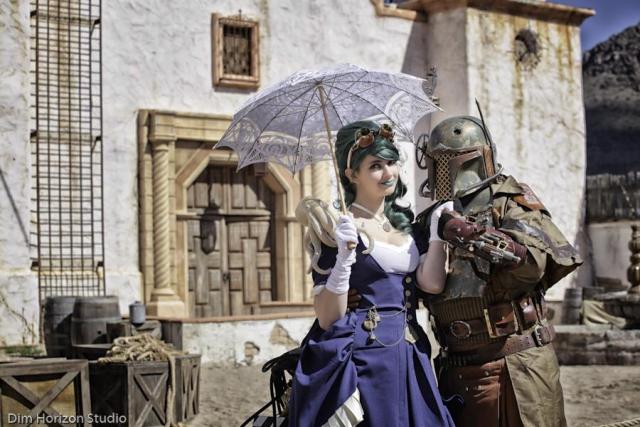 Do you sew your costumes by hand?
– “I use a three different sewing machines, I have my heavy-duty Singer machine, my serger and my basic sewing machine for small work. The only hand sewing I do now is for buttons and snaps.”

Have you done commissions for others?
– “I take several different types of commissions a year, but now I’m being commissioned to make costumes for myself to wear at conventions, which I’m thrilled to do.”

How do you make such great outfits in a variety of genres?
– “I love so many genres, I can’t seem to keep to one at a time. I try to take different variants of costumes to conventions to not stay bored with what I brought.”

Is there one genre you like to cosplay more than the rest?
– “I have such a love for steampunk, because of its great community and creative opportunities. You can steampunk anything Disney, superheroes, anime, etc.”

Is there one costume you’re most recognized for creating, above the others?
– “My Victoria dress (Otto and Victoria) was incredibly well received at Wild Wild West Con this year. Even the creator of the character (Brian Kesinger) was fan-girling over my costume all weekend (Even though I was fan-girling over him and his work).”

What kind of advice would you give beginner cosplayers?
– “Have fun and be patient. If you’re new to sewing or armor construction, take your time and have fun learning your craft. Also, make use of Internet resources, because I’ve learned everything I know about weathering from Youtube.” 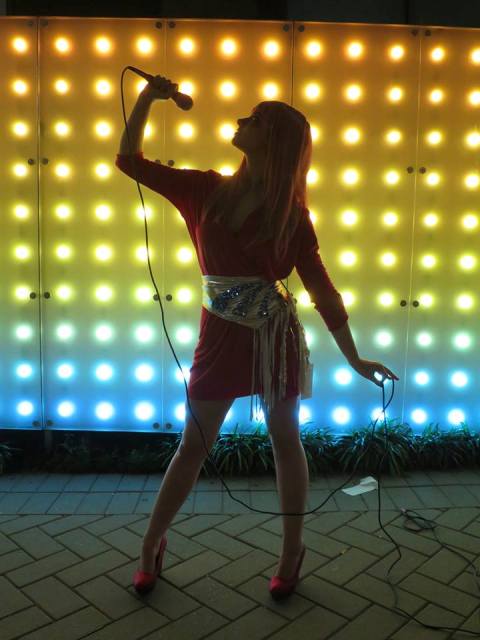 Are you a gamer? If so, what types of games do you like to play?
– “I’m on Steam all the time, playing Team Fortress 2 and The Binding of Isaac, but I’m definitely looking forward to new titles coming out, like Sunset Overdrive, Rise of the Tomb Raider, and Kingdom Hearts III.”

What are you currently geeking out to?
– “I’ve been mildly obsessed with Saga by Brian K. Vaughan. It’s fantastic and everyone should go buy it.”

What upcoming projects are you currently working on?
– “Steampunk has been my focus the last couple of weeks, trying to get all the pieces I need and ready for costumes.”

Do you work alone or with a group of friends?
– “I love working with groups, especially when we can’t really see each other’s work until the convention. I have a genderbend Watchmen group coming up, as well as a Wizard of Oz group that’s in the works.”

Is there anything else you’d like to add?
– “Cosplay is for everyone, have fun in your costumes and showcase your work proudly.”

What upcoming conventions or live events will you be attending next?
– “I’m currently getting ready for my first SDCC, so I’ve been working at my sewing machine hard, trying to get my costumes done for that. Then it’s my favorite convention of the year, Dragon Con, in Atlanta.” 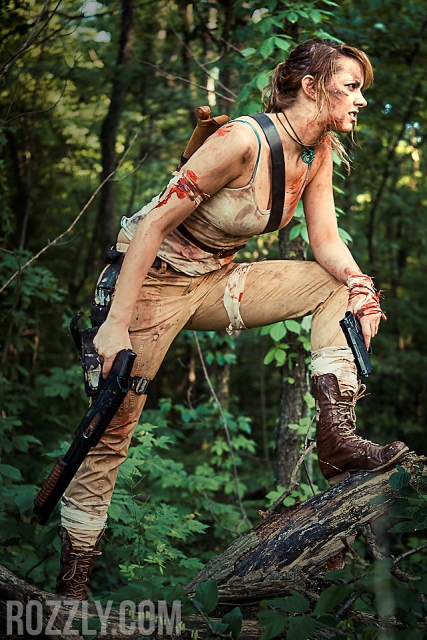