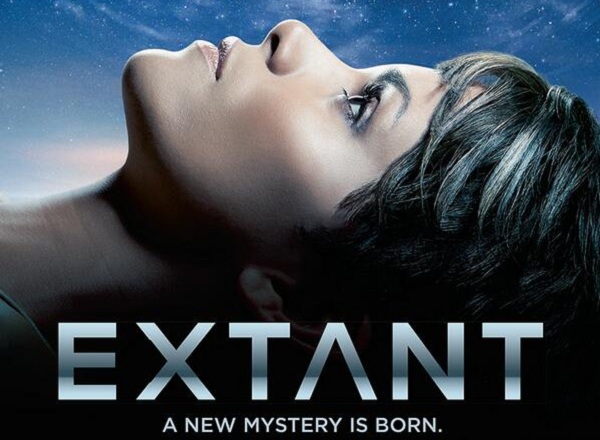 CBS hopes to cure the summertime blues with the new TV show Extant, but does the show bite off more than it can chew?

As a part of a new summertime initiative, many TV networks are moving away from the traditional seasonal programming to more of a year-round model. CBS first tasted success with Under the Dome last year, based on a Steven King story. This year, Halle Berry is front and center with the science-fiction series, Extant.

In pilot episode, Re-Entry, Berry’s character (Molly Woods) is readjusting to life on Earth after a 13-month solo mission in outer space. Through flashbacks, the viewer learns bit by bit about her mission. As an astronaut working on the Seraphim space station, a solar flare releases an electromagnetic pulse, temporarily creating a power outage that lasts for 13 hours. During this time, Molly encounters a mysterious stranger… one who appears to be a former International Space Exploration Agency colleague (and possibly ex-husband) of hers who is believed to be dead.

After letting him in and making out with him (REALLY?), she blacks out. Returning to Earth, she discovers she’s pregnant. How can this be, since she is infertile? Is Molly going mental? Did she go too far with an alien? Or is it something else?

Molly’s current husband, John Woods (Goran Visnjic) is a scientist who hopes to create an artificial intelligence with a touch of humanity. Seeking governmental funding, he creates Ethan, his “son,” who is a robot-boy android. Is this the beginning of the robot uprising many of us expect?

On top of all that, Molly continues to find shadowy figures popping up left and right, warning her not to trust anyone. Are these the ghosts of her former ISEA colleagues or just her imagination? Is this a government conspiracy wrapped around a robotic uprising with aliens thrown into the mix? What’s the focus?

As a pilot, the episode offers multiple story elements for the viewer to be enticed to return for more. This futuristic TV show tries to be a little bit of everything. As a sci-fi fan, the Humanics Project interests me; not so much about the government conspiracy. And the extra-terrestrial baby-mama drama just needs to end. Immediately. I can’t take it. There’s more than a few things going on here. Maybe I’m just expecting something more…

In the past, Berry has made some questionable moves with her career. After portraying Storm in the X-Men franchise, she swore off superheroes… until a few of her projects underperformed. Then she returned with Catwoman and we all know how that turned out! Needless to say, returning to one of her biggest fandoms (in this case, the sci-fi crowd) is a bit risky if the project isn’t up to par. That’s why she turned to Executive Producer Steven Spielberg to help mold Extant.

“It takes time to reconnect.”

This dialogue could be both a summary for the series, as well as a plea from Berry to her fans. But will they accept the challenge?

Strength: A complicated futuristic concept…
Weakness: …wrapped around too many other ideas.
WTF Moment: Is Berry a methodical, calculating person? Or is she more prone to emotional breakdowns? Defining her character is difficult after only one episode.

Notable Quotes:
– “Don’t trust them.”
– “I think I need a flip.”
– “If we want machines to be more human, we have to give them the human experience.”